How to Make the Iranian Nuclear Deal Durable 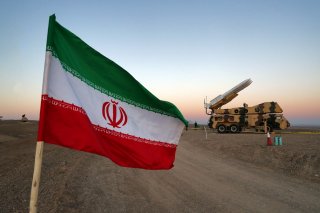 The fate of the Joint Comprehensive Plan of Action (JCPOA), or what is more commonly known as the Iran nuclear deal, is hanging by a thread. As diplomats are jockeying to find a way to revive the nuclear agreement, the bigger question hanging on policymakers’ heads is how to prevent a revived JCPOA or any other similar deal with Iran from suffering the same fate under President Joe Biden or his successors, and ensure its durability. Reaching a grand bargain with Tehran and involving the U.S. Congress in the adoption of the nuclear deal appear as two potential solutions, but they are not practical and realistic. Rather, what can save the Iran nuclear deal, in the long run, is resetting the Iran-U.S. relationship and establishing a modus vivendi between the two countries.

The record of the JCPOA’s enforcement over the past five years demonstrates that the main threat to any nuclear agreement with Tehran emanates in large part from Washington’s desire to preserve most of its economic leverage over Iran and minimize the actual benefits of sanctions removal for the country. This is basically because the core dispute between the United States and Iran is about the region, not just the nuclear issue. Trump’s withdrawal from the JCPOA in May 2018 and the reimposition of unprecedented U.S. sanctions against Iran clearly bear out this assessment, as they were meant to regain and expand U.S. bargaining power against Iran in the hope of securing a better nuclear deal and addressing the regional issues.

The fear of U.S. defection along with security motivations also incentivizes Tehran to refrain from undertaking irreversible commitments and to preserve a significant portion of its nuclear capabilities as leverage. The asymmetry of commitments reversibility between the United States and Iran—or the relative ease and speed with which Washington may snap back its sanctions and the arduous and lengthy process of rebuilding its nuclear infrastructure and low-enriched uranium reserves for Tehran—makes these concerns more acute for Iranian policy-makers. The experience of the U.S. withdrawal from the JCPOA has only validated these fears for Tehran and exacerbated the atmosphere of mutual mistrust between the two countries.

Overcoming this dilemma would not be possible without departing from the current zero-sum mentality plaguing the Iran-U.S. relationship. Both Washington and Tehran need to recognize that their intractable conflict over the past four decades has produced no clear winner and has only brought about lose-lose outcomes for them. The United States and Iran should aim for reaching a modus vivendi keeping their political conflict within manageable limits. However, it would not be possible to minimize animosity without anchoring U.S. strategy in a more realistic assessment of Iran’s capabilities and intentions in the region and divorcing it from exaggerated and alarmist views.

A realistic U.S. strategy should be guided by the fact that Iran is only one of several middle powers in the Middle East and that its military expenditures are far below those of even some of the second and third-tier powers in the region. Iran’s quest for its natural and legitimate regional role should not blind one to the fact that in nearly all its regional interventions, Iran has operated in countries such as Syria and Iraq to save allies from collapse rather than embarking upon imperial expansion. Similarly, one should not lose sight of the fact that Iran’s military involvement in the region pales in comparison to those of Saudi Arabia, Turkey, and Israel both in terms of form and magnitude.

Reaching a modus vivendi would not be easy and cannot be achieved overnight by two governments that have engaged in constant demonization of each other over the past four decades. But, with a sustained exchange of confidence-building measures and goodwill gestures, including toning down their inflammatory and accusatory rhetoric, the two governments can manage a process of gradual de-escalation. This process should start by reviving the nuclear deal and implementing it in good faith. Economic cooperation in the framework of JCPOA would be the next low-hanging fruit. Boeing and the Iranian civil aviation organization’s deal to sell 80 commercial airplanes to Iran in the final months of Obama’s tenure serves as proof that such economic engagement is possible. Dozens of similar business deals may be struck once Iran is able to engage in normal international trade and establish unrestricted banking relations with the rest of the world.

Regional security issues are harder to resolve bilaterally as they take a higher level of mutual trust. However, through regional initiatives reflecting the legitimate security interests and concerns of all parties involved, and following the guidance of international law and UN Resolution 598, the parties can move toward reducing tensions in the region, containing their rivalries and moving toward a regional security and cooperation system as a long-term sustainable solution.  Moreover, a regional security and cooperation mechanism could unleash regional efforts to tackle deep-rooted challenges such as energy security, shared environmental problems, maritime security, organized crime, drug trafficking, and regional stability.

Failing to come to such a minimum level of peaceful coexistence between Iran and the United States would perpetuate existing tensions and insecurity in the region and put the two countries and the region on the likely path to military confrontation. The goal of nuclear nonproliferation in the region and minimizing the proliferation risks of Iran’s nuclear program and those of other regional states would also be a major victim of the continuation of the existing policy. In the absence of a modus vivendi, it would be only a matter of time before a revived JCPOA unravels again and the parties head toward another round of dangerous mutual escalation in the illusory hope of building leverage and extracting more concessions from each other.

Abolghasem Bayyenat is currently a Stanton nuclear security postdoctoral fellow at Harvard University’s Belfer Center for Science and International Affairs, researching Iran’s nuclear policymaking. His earlier writings on Iran’s nuclear and foreign policy developments can be accessed on his website at www.IranDiplomacyWatch.com.

Ambassador Seyed Hossein Mousavian is Middle East Security and Nuclear Policy Specialist at Princeton University, and a former Chief of Iran’s National Security Foreign Relations Committee. His books: Iran and the United States: An Insider’s view on the Failed Past and the Road to Peace was released in May 2014 by Bloomsbury, A Middle East Free of Weapons of Mass Destruction, published in May 2020 by Routledge. His latest book: A New Structure for Security, Peace, and Cooperation in the Persian Gulf published in December 2020 by Rowman & Littlefield Publishers.