This Is How the Midterms Could Impact the Economy 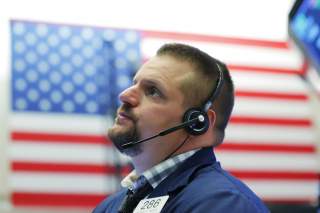 When President Trump won the 2016 election, it was a shock to many including those in his own party. Economic sentiment among Republicans shot up in subsequent polls, long before the economic fundamentals began to shift into higher gear. Much of the economic acceleration did not occur until the months following tax reform, well over a year later. It was the election, not the economy, that had people excited.

Politics are divisive. There is little disputing that regardless of which the side of the aisle one chooses to sit. Moreover, it should not be surprising that Republicans are far more optimistic about the future state of the economy than Democrats are. Moreover, this has more impact on the future trajectory of the U.S. economy than might be suspected.

As Americans vote in the midterm election today, the post-election surge in economic sentiment should raise a few questions. Does sentiment really matter? What happens if politics drives the sentiment shock? Will the midterms affect sentiment? These questions and answers matter, especially for those attempting to construct a coherent narrative about how the U.S. economy is likely to unfold.

Unsurprisingly, people are more optimistic about the future when their political party is in power, and this has a dramatic effect on sentiment readings. These are known as "sentiment shocks." What makes a "sentiment shock" a shock is that it is detached from the fundamental economic picture, whether national or local.

And these effects are outsized, and lasting, on local growth and output. A recent study by Jess Benhabib and Mark Spiegel found that one standard deviation shock to sentiment predicted a 2.5% increase in state-level output in the first year. A follow-up to their study with Ben Shapiro, published by the San Francisco Federal Reserve, found the effects on state-level growth are persistent over time. In fact, the average annual output gain over three years was 1 percent. Not only did output move higher, so did consumption. And it was a more lasting boost with more than a 0.5 percent average increase in personal consumption expenditures over a five-year time horizon.

In other words, when sentiment surges due to national politics, the local economy grows at a faster pace, and the positive effect on local growth lasts beyond the initial surge. While this is an intuitive outcome, it is not obvious. It also indicates the potential boost to growth from the Trump election sentiment shock is only just beginning.

Knowing that sentiment matters, we can presume that these midterms matter. The positive economic effects of sentiment shocks wane over time with the largest effect in the year following the shock. Granted, the researchers looked at state economies to measure local effects. Given that together the states make up the U.S. economy and a significant shift in the political sphere could have a cascading effect.

After all, the Bloomberg U.S. Weekly Consumer Comfort Index is only slightly below its all-time high. Following the post-election surge, sentiment among Republicans continued to move higher. Democrats have not been as enthusiastic, but their sentiment numbers have moved sideways. The entirety of the positive shock was felt on the Republican side of the ledger.

Constructing an argument for additional upside to Republican sentiment is a difficult task. For instance, is far easier to see an economic decline in the cards. This is not only because of the potential for Democrats to take seats but because GOP sentiment is so elevated. If it were a financial asset, it might be called a bubble.

While 2016 was positive sentiment shock for the GOP, Democrats did not react much one way or the other, at least regarding consumer sentiment. Could they pick up the slack with election victories? Probably not. The level of shock would need to be extraordinary, and there is little chance the midterms could deliver that number of wins. Besides, predicting politics is a loser's game with a host of variabilities that are difficult to foresee.

Finally, it is not as though the 2016 Republican sentiment surge caused the U.S. economy to shift instantaneously into a higher gear. But the fact is that the U.S. economy did, somewhat substantially, accelerate with time. Nominal GDP increased from 3.4 percent to 4.5 percent over the next year. This all happened before the tax reform, and it could easily be argued that nothing economically fundamental was driving the pick-up in growth.

Depending on how the midterm elections unfold there could be a change in growth outlook. There are real and tangible consequences to sentiment, and the elevated Republican sentiment heading into a contentious midterm should be approached with a significant note of caution. There is more than a possibility that a negative sentiment shock is around the corner and that would have consequences for U.S. growth in the not too distant future. With the sentiment boom likely waning and tax reform nearly a year old, there will need to be other drivers to maintain the economic boom currently underway. Maybe the next economic slowdown will be the sentiment recession.