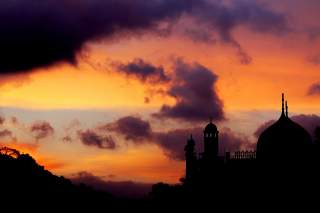 Coming on the heels of the Manchester terror attack targeting British youth, the recent terrorist act in London is the last in a series of attacks across Europe that displayed the eerie savagery of violence carried out in the name of Islam. The Islamic State claimed credit and proclaimed that a detachment of its fighters carried out the terror attack. British prime minister Theresa May condemned the attack and assertively declared that “enough is enough.” She vowed to undertake a sweeping review of Great Britain’s counterterrorism strategy, even though the British security apparatus has formidable surveillance and security laws. This provoked a national debate about balancing civil liberties and security.

The problem, however, goes beyond fending off terror acts or revising counterterrorism strategies. The problem is about how to reverse decades-long policies of promoting unbridled multiculturalism that allowed the ideologies of Islamism and Salafism to permeate an inchoate European Muslim society, thereby militating against the creation of an European Islam free from the ideological baggage exported by conservative and Islamist individuals, groups and governments. The extent to which this problem has been difficult to gauge lies squarely in the haughty—yet self-loathing—contemporary thought of the West, which has prevented a civilized and honest critique of Islam’s inability to reform its perversions.

The earliest presence of Muslims in Great Britain can be traced to British companies recruiting foreign cheap labor in the middle of the nineteenth century to work in industrial cities such as London, Liverpool and Woking, where one of the first mosques were built in 1889. Nevertheless, the earliest and largest wave of Muslim immigrants came to Britain after World War II as a labor force from the Indian subcontinent. Commonwealth immigrants benefitted from the 1948 British Nationality Act, which granted rights of British citizenship to all. Significantly, race—not religion—came to initially define migration policy, especially after the race riots of the late 1950s and early 1960s.

Notably, Britain embraced a relatively liberal citizenship policy and passed progressive legislation to address racial pluralism. The state’s guiding principle had been multiculturalism, which encouraged migrant groups to establish their own organizations and maintain their cultural and religious traditions. Moreover, London issued the Race Relations Act 1976, which prohibited discrimination on “racial and ethnic grounds.” Though the state was silent on religious issues, the history of church-state relations and the state policy of multiculturalism created an environment in which religion as a social movement was directly or indirectly supported by the state.

The crown has maintained a close relationship with the church, expressed in pursuing concerted efforts over political and religious objectives since the sixteenth century. However, constant rivalries and tension among various religious denominations have gnawed at the will of the state to maintain an established church with significant power. Discrimination against religious minorities were eased with the passage of the Roman Catholic Relief Act in 1829 and the Jewish Relief Act in 1858, which granted the members of both religious groups the right to serve in government. These acts virtually superseded the Corporation Act (1661) and the Test Acts (1763), which had excluded Catholics and Jews from political participation.

Since then, the state has tried to minimize interreligious tension by accommodating newly arrived religious groups without extending to them the rights granted to established religions. While not established in principle to address religious issues, the state’s policy of multiculturalism only reinforced the entrenched pattern of accommodating incoming religions. As the Muslim community grew and its various organizations, supported by the state, worked to integrate Islam into the state as an established British religion, the community protested the 1976 Race Relations Act on the grounds that it only protected particular religious minorities (Jews and Sikhs), while leaving other religious groups at the mercy of xenophobes. Moreover, a 1997 report for the government by the think tank Runnymede Trust coined the term “Islamophobia” to describe the nature and extent of anti-Muslim prejudice in Britain. Ironically, the term and its application have been broadly used not only to resist Islamophobes but also to silence those who have been critical of Islamism and Salafism in the growing British Muslim community.

Consequently, the state has made a consistent effort to accommodate Islam as an integral part of Britain’s pluralistic society. No other issue reflects the failure of Britain’s multiculturalism than its approach to education. Though in principle, the Education Reform Act of 1988 is supportive of developing a Christian character in public schools, the state, in practice, encouraged local authorities to take into account the religious makeup of the school population and the wishes of the parents and religious leaders when drawing up syllabi for religious education. The hijab, unlike in France, was never an issue. In fact, Muslims have raised questions about school dress codes for girls, swimming with boys, participating in physical education, provision of halal meat and time off for religious holidays. Broadly speaking, school officials have accommodated Muslim requests. Significantly, Muslims pressed the state to provide Muslim religious schools with funds on par with the public funding given to Anglican, Catholic or Jewish schools.

In 1997, the Labour government approved the first Muslim state primary school, and Prime Minister Tony Blair advocated for a pluralistic faith school system. In September 2012, with much fanfare, the first taxpayer-funded Muslim school, the Al-Madinah School, opened its doors in Derby. The vision of the school (a brand-new Muslim faith school for kids ages four to sixteen) underscored:

A strong Muslim ethos will give the school its uniqueness integrated with shorter holidays and longer school days to maximize opportunities for pupil achievement and success. At the centre of our school is a community of pupils, able to enjoy learning in a caring Islamic environment which promotes a culture of high expectations and outstanding performance.

Before long, the school was embroiled in controversy. The school was accused of allegedly banning fairy tales because they are un-Islamic, forcing female teachers to wear head scarves, making female students to sit in the back of the class away from boys, making girls waiting for boys to get their lunches before they could and outlawing non-halal food.

In response to the outcry of parents, the principal issued a statement responding to what he termed as rumors. He emphasized:

Whenever we interview candidates, we draw their attention to our dress code, which we have based on our interpretation of modesty . . . In Secondary, girls are seated as a group, either at one side of the classroom, or alternately at the front or back of the room . . . Our intention is to respect both genders equally . . . As far as fairy tales and music are concerned . . . They are used sensitively with regard to the cultural aspects of the community.

Surely, the principal’s letter confirmed the unintended consequence of London’s policy of multiculturalism, which created a subculture more in line with a conservative Muslim society in a Muslim state than with the culture of western Europe.

In the meantime, attracted by British multiculturalism and “liberal” pluralistic policies, many Islamist and Salafist individuals and groups migrated to London, which some came to call “Londonistan.” The liberty with which they were allowed to operate allowed them to promote their fundamentalist ideologies in mosques, Islamic circles of learning, Islamic organizations, bookstores and even schools, all of which mushroomed across the country. This is not to say that Islamist extremism has taken hold of British Muslim society. But certainly, this ideological extremism affected a not insignificant segment within the Muslim community, and undermined the creation of a unique brand of European Islam. Broadly speaking, Islamism and Salafism have become part of the Muslim landscape, affecting its hues and shape.

The Islamist and Salafist organizations that have played a key role in radicalizing British youth can be divided as follows.

The Deobandi school of Islam, embraced by Muslims hailing from the Indian subcontinent, originated in Deoband, India. The school emerged as a puritanical, revivalist school of Islam in response to British colonialism. A Deobandi variant was influenced by Wahhabi-Salafi Islam, promoted by the Kingdom of Saudi Arabia. Both schools strove to purify and cleanse Islam of all foreign influences and to restore it to its pristine form. The theological fusion of Deobandi and Wahhabi Islam in thousands of madrassas in Pakistan during the war against the Soviet Union in Afghanistan gave rise to the Taliban movement. This puritanical school of Islam is still supported by Saudi Arabia.

Mawdudi-inspired Islam, embraced mostly by Muslims from Pakistan, as well as by some Muslims from the Middle East, is a radical school influenced by Abul Ala Mawdudi. Mawdudi believed in the undisputed sovereignty of God and the comprehensiveness of Islam, embracing both public and private life. He advocated the creation of an Islamic ideal/utopia as determined by God’s divine mandate in the Koran. He is credited with transforming the concept of jahiliyyah, the age of ignorance before God’s message to Muhammad, into a condition that could exist at any time and in any place where the Islamic utopia has not been realized. As such, he split the world between the abode of Islam and the abode of evil, as represented by jahiliyyah.