How NATO Is Taking the Fight to Climate Change 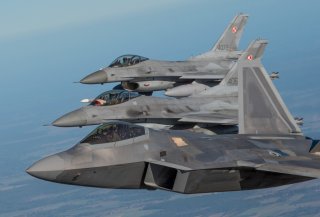 It may seem surprising that a military alliance could become a leading organization in the fight against climate change. But in its new Strategic Concept and recent declarations, NATO members have indicated that they are actively preparing to face climate change-related challenges.

When looking at past declarations and agreements, NATO’s green transition appears to be a very recent political shift. This has led many analysts to either be skeptical of NATO’s commitment to the environment because of the numerous geopolitical threats it faces or doubtful of what kind of role it can adopt to become a leading organization in the fight against climate change. While those concerns of inaction and disappointing results are certainly valid, this green transition actually runs deeper than commonly perceived. In fact, NATO has already become a natural avenue for concrete international action on climate change.

NATO began its green transition as climate change became a greater security concern for its member states. The Department of Defense’s 2010 Quadrennial Defense Review identified climate change as a threat to national security and called for reducing the danger posed to its facilities.

In many different ways, climate change has been affecting the planning and conduct of military operations, damaging military bases and infrastructure, while at the same time straining military forces’ resources in new theaters of conflict. For instance, the damage caused by two hurricanes in 2018 and in 2020 amounted to $4 billion in repairs at the Tyndall Air Force Base and Pensacola Naval Air Station in Florida. Extreme heat, such as in Iraq and Afghanistan, has put additional stress on NATO military equipment such as weapons systems, electronics, and vehicles. Rising sea levels are also threatening to submerge critical infrastructure and islands, as well as citizens living in coastal and low-lying areas. And because of human-induced climate change, those extreme weather events will only increase.

Importantly, not only is the defense sector falling victim to the climate crisis, but it is also one of its main drivers. According to research conducted at Brown University and Boston University, the Department of Defense is the world’s largest institutional petroleum user and the single largest institutional producer of greenhouse gasses. The Pentagon would be the world’s fifty-fifth largest carbon dioxide emitter if it were a country. Although other NATO militaries also have a considerable role, U.S. carbon emissions and fossil fuel consumption dwarf those of much smaller national militaries in Europe.

In order to better understand these challenges and their role in combating climate change, alliance members have directed the organization to focus their work on developing research on climate-related insecurity. Its Science and Technology Organization (STO)’s work on climate change has been focused on maritime research, especially directed toward the high north, and, so far, has been limited outside of that area. In 2006, NATO also created the Science for Peace and Security (SPS) Program, which sought to develop initiatives on energy security as well as environmental security issues like water management and the prevention of natural catastrophes.

The mounting effects of climate change and its repercussions on security have pressured NATO to change course, a move championed by Secretary-General Jens Stoltenberg. His leadership began with the 2014 Green Defense Framework which made the reduction of fuel consumption an operational imperative. But the real revolution finally took place last year when NATO leaders agreed at the Brussels summit that climate change is “one of the defining challenges of our times” and later incorporated it into the new Strategic Concept.

In 2021, NATO members announced a concrete Climate Change and Security Action Plan to increase the alliance’s awareness, adaptation, and contribution to the fight against climate change. Most importantly, it set up an annual High-Level Dialogue on Climate Change and Security, which met for the first time during this year’s Madrid summit. As a result, alliance members announced that they would start measuring NATO’s greenhouse gas emissions, both civilian and military, and will continue dialogues to decide on annual emission cuts.

But even before this year’s green revolution, alliance members have organized trials and experiments, exchanged best practices, and used the system of certification and standardization agreements (or STANAGs) to set common standards and promote interoperability for green energy equipment. In fact, NATO members had already developed six agreements on environmental protection standards that concern military camps, waste management, and the sustainability of military training areas. These agreements are becoming commonplace but, in the future, could become more effective thanks to the estimates on carbon emissions unearthed by the new high-level dialogue on climate change.

Partnerships between the private sector and government have often produced remarkable new innovations in technology. These innovations include carbon capture and sequestration, carbon transformation technology, lithium batteries, and biofuels. And as the climate continues to change, military leaders are looking into the role emerging technologies can play to help armed forces adapt and mitigate the negative impact of climate change. For instance, the partnership between Epsilor and NATO militaries has helped disseminate new and more effective batteries, like the NATO 6T, across the alliance.

While private companies and independent research institutes are currently leading the efforts to develop those technologies, there is a clear opportunity for more collaboration between the private sector and NATO. That is why NATO’s newly created Defense Innovation Accelerator for the North Atlantic ( DIANA) seeks to bring industry, start-up companies, and academia into the equation to address both societal and national security issues. Among its nine research priorities in its $1 billion fund includes biotechnology, novel materials, manufacturing, and energy and propulsion.

In the future, partnerships are also to be expected to be formed with the European Union (EU). While the EU itself is pushing for a green revolution in energy, further EU-NATO cooperation could usher in new forms of collaboration on energy and infrastructure with non-NATO nations.

This is why NATO’s green transition is actually part of a deeper trend inside the alliance. Through research, standardization, experimentation, and partnerships, NATO is becoming a “green”-friendly organization. Each of these steps is important but will face unprecedented pushback due to short-term priorities like tensions with Russia and China.

Hence, staying on track will be difficult. Stoltenberg’s leadership, which has helped fuel this transition, is expected to end next year. Finding an equal champion in the fight against climate change will be challenging, especially in light of the current strategic context in Europe.

There are also other reasons to worry. In 2014, leaders sidelined the Green Defense Framework because of the annexation of Crimea and escalating tensions with Russia. Leaders today have been successful in compartmentalizing concerns about the war in Ukraine from the fight against climate change, but the work is not done yet. This is particularly apparent in the defense sector’s transparency in gas emissions—the most critical area of concern. In an era of renewed great power competition, geopolitical demands could reverse this positive trend by fueling a new arms race that is unaccountable to climate requirements.

In light of these strategic challenges, NATO’s “green” push will need to articulate that a robust alliance is compatible with safeguarding the environment.

Paul Cormarie is a former Researcher at NATO Parliamentary Assembly and a Graduate of Georgetown University’s Master of Science in Foreign Service. He has published research at the Council on Foreign Relations, Atlantic Council, and CSIS.