How Not to Confront China 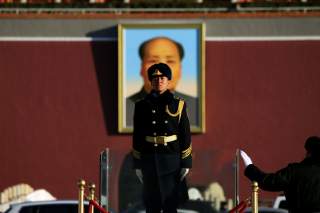 President Donald Trump issued a bold declaration late last month: “We don’t need China and, frankly, would be better off without them.”

Most U.S. observers agree that Washington needed to recalibrate its policy towards Beijing. The latter has grown more authoritarian as it has become more prosperous, defying the longstanding Western hope that the adoption of market-oriented reforms would produce steps toward political liberalization. China’s militarization of the South China Sea and its predatory trade practices have also helped to persuade even many of President Trump’s detractors that he has spurred an essential debate on U.S. policy towards China.

Yet, having concluded that China is America’s foremost challenger, his administration is confronting it in a manner that may be unlikely to advance U.S. competitiveness or enlist much support abroad.

First, the administration is undercutting America’s ability to form a coalition that can manage China’s resurgence. It has expressed little interest in continuing negotiations on a Transatlantic Trade and Investment Partnership with the European Union (EU) and has abandoned the Trans-Pacific Partnership (TPP), dovetailing with the president’s oft-expressed view that America’s friends treat it more poorly than its competitors. Even before it imposed its first tranche of tariffs on China, in July 2018, the administration had penalized exports from Canada, the EU, Japan, Mexico and South Korea.

China has good reason to believe it can withstand unilateral U.S. pressure. Its gross domestic product is already two-thirds as large as America’s, and even if its growth rate decelerates significantly, it will likely overtake the United States in absolute economic size well before the middle of the century. If the United States hopes to compel China to pursue structural economic reforms, it will likely need the support of as many European and Asian partners as possible.

Second, while the present configuration of technological entanglement between the United States and China indeed presents significant security risks, the Trump administration’s push to decouple the two countries’ economies and derail companies such as Huawei and ZTE could redound to Beijing’s benefit. China now feels compelled to accelerate its drive towards indigenous innovation, find alternative suppliers of high-tech inputs and reroute exports that were headed for the United States.

Some might contend that China would have eventually taken such steps anyway, once it deemed itself sufficiently self-reliant. Perhaps, but because interdependence has been one of the few enduring instruments of U.S. influence over China, the United States may have considered extracting leverage from it for as long as possible—especially as there is no self-evident replacement that can play a comparable role in stabilizing bilateral ties. Washington could be effectively hastening the emergence of a more formidable competitor.

Third, in withdrawing from the Joint Comprehensive Plan of Action with Iran and making sanctions a central component of its foreign policy, the Trump administration has incentivized friends and competitors alike to probe more intensely for means of circumventing the reach of the dollar, which is one of the foundations of U.S. preeminence. The EU, China, and Russia are partnering to develop special purpose vehicles, and a growing number of individuals who shape monetary policy are calling to reduce the dollar’s centrality. Even Bank of England Governor Mark Carney proposing a digital reserve currency to “dampen the domineering influence of the U.S. dollar on global trade.”

Fourth, while sharply criticizing core elements of China’s geoeconomic agenda—often with good cause—the Trump administration seems unable to offer a coherent one of its own, thereby making its criticism seem less like an expression of concern for its longstanding partners than a manifestation of anxiety about its own competitiveness. That signaling reinforces China’s twin narratives: that Beijing is confident and ascendant, while Washington is nervous and declining.

The United States cannot change those perceptions through words, only through actions. Having abandoned the TPP, it has been unable to do much more than make minor tweaks to existing bilateral trade deals. China, meanwhile, is inching closer to finalizing the Regional Comprehensive Economic Partnership, a free-trade agreement including all of America’s Asian allies that would account for some 30 percent of gross world product. In the technological realm, meanwhile, while Washington rightly highlights the security risks posed by Huawei, its own 5G infrastructure is insufficiently competitive; the Defense Innovation Board noted in April that “Chinese [wireless] equipment is cheaper. In many cases, Chinese equipment is also superior to [that of] its Western rivals.”

Fifth, and perhaps most fundamentally, while it has undertaken a series of notionally competitive measures, the Trump administration has not explained what it ultimately hopes to accomplish. In seeming to countenance what Claremont McKenna’s Minxin Pei calls “an open-ended conflict, with no measurable indicators of progress,” there is an increasing risk that the United States could focus more on a highly improbable quest to contain China than on an eminently achievable effort to renew itself.

Ali Wyne is a policy analyst and James Dobbins is a senior fellow at the nonprofit, nonpartisan RAND Corporation.