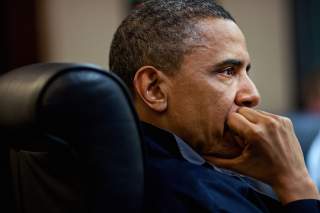 This week, a central theme of the Democratic convention in Philadelphia has been that the United States is stronger at home and better positioned in the world than it was eight years ago—and that President Barack Obama has helped defined a new approach to the use of American power, one that Hillary Clinton will continue.

So it is worth taking a step back to ask: Is there an Obama Doctrine?

Almost all Presidents resist the doctrinal strait-jacket, and Obama rejects the idea that, in his words, there can be a “cookie-cutter approach” to global challenges. Yet he does have a coherent set of ideas about what he wants the United States to accomplish in the world, and how it should go about doing so. This is what academics describe as a “grand strategy,” and what I think of as Obama’s “Long Game” foreign policy.

The core elements of Obama’s Long Game are not the doctrine pundits clamor for, but they do comprise a kind of checklist, a practical framework to managing American power and making strategic choices, ensuring the United States remains in the best possible position to solve problems and pursue its interests. When thinking about Obama’s legacy and the lessons for his successors, the Long Game checklist is a good place to start.

Recall the situation Obama inherited: a foreign policy that was severely imbalanced, both in terms of the regional challenges (Middle East versus the Asia-Pacific) and the tools it used (military force versus diplomacy and development). More broadly, Obama found a situation whereby almost every measure of national policy—at home and abroad—America was declining.

Inherent to the idea of balance is to accept that, as powerful as the United States is, its resources are finite. This is self-evident, but strangely remains impolite to acknowledge. The essence of a successful grand strategy is prioritizing goals, making choices, allocating resources, and managing trade-offs. By definition, strategic balance is redistributive; if you want to more of one thing, it usually means you have to do less of something else. Yet many of Obama’s critics treat it as an additive undertaking, whereby the United States can simply pile more on its plate, devoting greater time, resources, and attention whenever a new crisis emerges. They enthusiastically advise what the United States should do more of, but fall silent on when it comes to what it should do less.

The necessity of balance can also be looked at another way—and as a reason to inspire confidence. It is a manifestation of America’s special role. Obama has observed that he has never attended an international meeting where the United States was not looked upon to drive the discussion. Therefore balance is required because the United States must grapple with more demands, diverse goals and interests than any other global player. Despite all the talk of America’s decline, no other country is as desirable or enjoys such expectations from so many corners of the world.

Sustainability. Obama wants to know that a policy will be sustainable beyond his time in office. He compares himself to a being a relay swimmer; while it was his time in the race he wanted to make as much progress as he could, and then be in a position to hand things off in the best possible way.

The emphasis on sustainability stemmed in large part from what Obama inherited when he entered the White House. He was handed a situation at home and abroad that was fundamentally untenable. Without a dramatic course correction, America would slide further into decline. He often stated his determination not to leave the same kind of mess to his successor.

However, sustainability is about more than not wanting to pass the buck to whomever comes next. Most foreign policy achievements are made when policies are sustained over time—think of how containment defeated the Soviet Union, or how the decades of support the United States has provided allies in Asia and Europe has enabled them to thrive.

On almost every issue, Obama established policies that were more sustainable than as he found them.

The American military is no longer overstretched. The economy is off the precipice, with unemployment the lowest it has been in nearly two decades. The United States is closer to energy independence (oil imports are down 60 percent from 2008 levels). It remains the underwriter of the global order, and has stronger partnerships and alliances abroad, with improved relations in Asia, Latin America, and Europe. Iran’s nuclear weapons ambitions are in check. There is greater transparency in the ways the U.S. government uses some of its more controversial national security tools, from surveillance to the use of drones, which Obama believes is essential to sustaining support for their future use.

Restraint. Strategy is as much about what one decides not to do than what one does. On many questions the Administration faced—especially when it involved military force—the issue was not whether the United States was capable of doing something, but whether it should.

Because the United States has so much capability, it is often tempting to pretend trade-offs don’t exist or are easy to manage. When problems are viewed in isolation—what one could do about Russia, or Syria, or Ukraine, or Libya, or China—it is often clear how the United States could do more. But the challenge policymakers face is figuring out how to pursue multiple, and often competing, goals simultaneously.

Restraint proved to be a hard sell: emphasizing what one will not do may be responsible, but it is rarely inspiring. Obama caught a lot of flak for being uninspiring by explaining his foreign policy as “don’t do stupid stuff.” Yet in foreign affairs, like in medicine, avoiding mistakes is critical (recall the Hippocratic Oath, “first do no harm”), and leaders do not get enough credit for keeping us out of trouble. To avoid mistakes, Obama was usually careful to avoid rhetorical traps. He understood that while chest-thumping might be politically advantageous—and sometimes his advisors lamented that they wished he would do more of it—it establishes a logic that then one is expected to act on. This was certainly a lesson he took from the instances in which his rhetoric got out in front of him, such as with the red line in Syria.

Of course, restraint is not right in every circumstance. Just as doing “more” everything is not a strategy, neither is doing “less” of everything. The test of leadership is choosing the right time to put more chips on the table, Obama is a calculating gambler willing to make big bets—consider the Iran nuclear deal, the Libya War, the bin Laden raid, and countless other special operations forces raids to kill terrorist leaders or free hostages. But he is not a bluffer.

To critics who say that Obama’s restraint is simply “retreat”—an effort to reduce American obligations for its own sake—one must ask what a less restrained policy would look like, and how that would be balanced with other interests and made sustainable over time. Most critics elide such questions, preferring to emphasize the critique rather than grapple with the consequences of the alternatives they suggest.

Precision. Obama demands specific approaches for particular problems. To him, it is almost always better to wield a scalpel instead of a hammer. His approach is clinical, focused on the causal relationship between the action and desired effect. He needs to be convinced a recommended step will actually have a chance of working—and will intensively probe assumptions and thinking based on generalizations.

The emphasis on precision is also a reason Obama favors discrete instruments of power like special operations forces raids, “signature” drone strikes and targeted killings against terrorist plotters, and targeted economic sanctions—very precise tools that can be used against specific individuals. He has sought greater precision in how the United States defined the enemy, replacing the amorphous “war on terror” framework with the more specific goals of defeating Al Qaeda and its adherents. And Obama has tried to replace the broad legal framework to authorize U.S. military actions in the wake of the 9/11 terrorist attacks with a new Congressional authorization tightly tailored to the fight against ISIS (so far unsuccessfully).

Patience. A strategy needs time to unfold. In an era where everything is instant—opinions, access to information, answers—and the incentives call for greater and greater speed, maintaining strategic patience is especially hard. Obama’s most significant successes—such as the Iran deal—required patience over years. On other issues—such as the rebalance to Asia, or the defeat of ISIS, or addressing climate change—even more patience is required.

One part of patience is about giving policies time to work; another is staying persistent and sticking to the steady, often painstaking effort required to get results—especially when there are calls to quit and do something different.