How to Quell America’s Patriotic Outrage Over the Crisis at the U.S. Capitol 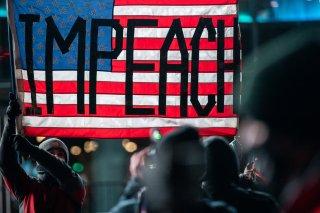 “There is no grievance that is a fit object of redress by mob law.” — Abraham Lincoln, Young Men’s Lyceum of Springfield, Illinois, January 27, 1838.

More than 180 years ago, Abraham Lincoln said these words. In the following years, they became a timeless conceptual bridge between generations, weaving a philosophical, conceptual and political thread of continuity into the fabric of American consciousness and identity. They are critical to remember right now.

During this now-famous speech from his early days as an emerging American leader, a young Abraham Lincoln appealed to, and invoked, a distinctly American sensibility, that of having “reverence” for the law in alignment with the forward-looking vision of the country’s founding fathers. He was speaking out against instances of “mob rule,” wherein groups of angry protestors and armed mobs were seeking to take the law in their own hands and commit acts of violence. He spoke out against many instances of dangerous disregard for American institutions, citing instances of murder committed by pro-slavery mobs and growing circumstances wherein an angry disregard for laws informed how bands of people were acting with destructive abandon upon political and social grievances. Obviously, there is a fascinating synergy between Lincoln’s use of the word “mob” and the widespread use of the word “mob” to describe the attack on the U.S. Capitol on Jan. 6. Did the same thing happen nearly two hundred years later? Perhaps this is why there is now a sense of collective Patriotic outrage at the storming of the U.S. Capitol?

“Whenever this effect shall be produced among us; whenever the vicious portion of population shall be permitted to gather in bands of hundreds and thousands, and burn churches, ravage and rob provision stores, throw printing presses into rivers, shoot editors and hang and burn obnoxious persons at pleasure, and with impunity; depend on it, this Government cannot last,” Lincoln said in this speech. What is amazing about this is that, at this time, Lincoln was a young, aspiring politician working as a member of the Illinois House of Representatives.

In these remarks, Lincoln was, if even unwittingly, drawing upon the philosophical, intellectual and political wellspring from which liberal democracy in America emerged. Often referred to as the “contract theorists,” a group of Enlightenment thinkers such as Thomas Hobbes, John Locke, Jean-Jacques Rousseau and some others envisioned the idea of an optimal, highly functional civil society as an institution able to preserve, balance and ultimately reconcile the “natural rights” of the individual with a collective sense of order, security and, more specifically, the “rule of law.” The intent was to architect a construct for society that aligns with, preserves and protects man’s fundamental nature. Many of these visionary thinkers entertained a theoretical discussion, or conceptual premise regarding man’s fundamental disposition as it would exist in a “state of nature,” and sought to accommodate that into the structural and intellectual framework of what then evolved into and became liberal democracy in America. The Founding Fathers were, among many things, intellectuals and philosophers.

Rousseau’s “Social Contract” discussed this in terms of aligning an individual “will” with what he called a “general will.” Rousseau’s famous “man is born free, yet everywhere he is in chains,” poses the question of how to “legitimate” the necessary “chains” of government. His answer to this predicament is offered in the text of the Social Contract. The “General Will” is based upon sustaining man’s nature and natural freedom in a society, albeit in a slightly different capacity,  through the rule of law and an agreed-upon “social contract.”

Hobbes discusses this concept as well, in his famous “Leviathan,” called “Leviathan or The Matter, Forme and Power of a Commonwealth Ecclesiasticall and Civil.” Hobbes describes his vision of a commonwealth as a social construct based upon mutual consent, individuals willingly enter into a binding agreement to extend the private realm of the individual self as it naturally exists into the public sector, specifically because man’s survival and existence is preserved by a rule of law. By offering protection through the “rule of law,” the commonwealth accommodates and addresses man’s natural need for self-preservation, fostering a circumstance wherein he willingly participates.

For Hobbes, this is based upon a deeply held belief in what constitutes the fundamental nature of man: that what drives man is a desire for self-preservation and the fear of a violent death.

Therefore, as evidenced by his inspirational remarks, Lincoln seems to recognize and embrace this and cite the “rule of law” as an indispensable foundation or pillar for American society, thus driving his need to issue this stark warning in 1838. Perhaps everyone should reflect upon and cherish this timeless warning, which is relevant today in America.

While many of refer to Locke’s “Second Treatise on Civil Government” and its discussion of private property and inalienable rights (life, liberty, pursuit of happiness) as having directly and specifically inspired early American thought such as the Declaration of Independence, it also seems accurate to suggest that the American phrase “government with the consent of the governed,” could be seen as having emerged from Hobbes. This concept is, as Lincoln explained, based upon the “rule of law.”

Each of these philosophers were distinct individuals. Locke’s conception of rights was inspired by a sense of providence or religious passion to an extent, Hobbes was more cynical and viewed the state of nature as fundamentally chaotic and a state of “war of all against all,” and Rousseau famously captured the vigor of man as a natural “noble savage” and interestingly argued altruism was innate.

All of this leads to Lincoln and to Jan. 6, 2021. Can the legacy of Lincoln and his passionate, soulful characterization of these distinctly American sensibilities, help America reflect, heal and surge forward into a brighter, less volatile day for all? If, following the devastation, violence, death and suffering of the Civil War, Lincoln can ask Americans to “bind up the nation’s wounds” with “malice toward none,” then surely they can at least find some measure of lasting inspiration in how his message might apply to the current state of events.

With malice toward none with charity for all with firmness in the right as God gives us to see the right let us strive on to finish the work we are in to bind up the nation’s wounds, to care for him who shall have borne the battle and for his widow and his orphan ~ to do all which may achieve and cherish a just and lasting peace among ourselves and with all nations. — Abraham Lincoln, Second Inaugural Address, 1865.