How Russia’s Military Buildup Is Changing the Arctic 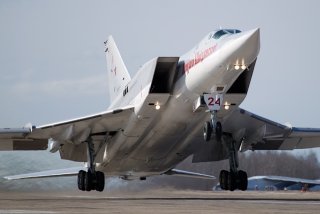 Despite scholarly claims to the contrary, the Arctic is neither a zone of peace nor an exception to the realities of contemporary international relations. This largely stems from Russia’s ongoing militarization of the Arctic. Moreover, this buildup is not primarily defensive in purpose but rather offensive, namely the creation of a defensive screen behind which Russian conventional, nuclear, and now dual-use missiles can target both our allies and the continental United States (CONUS).

Contrary to Moscow’s claims, there is no serious credible Arctic-based NATO threat to Russia.

Moscow professes such a threat exists but that stems from its structural addiction to worst-case and fabricated scenarios that rely exclusively upon military-driven threat assessments. Consequently, Arctic threat scenarios conceived by Russia are vastly inflated. However, on their Arctic bases, Russia is building five airports that “will provide an expanded geography for the use of the hypersonic nuclear weapon, the Kinzhal.” Moscow has renewed long-range flights, probes, exercises, and bomber activity near the United States and Canada and in 2019 resumed air patrols over the North Pole using MiG-31BM interceptors. The Kinzhal will be placed onboard the MiG-31 interceptor, particularly the MiG-3K. But it is also reportedly going to be placed on the long-range Tu22M3 Backfire bomber and the upgraded TU-160 Blackjack bomber while the construction of these airports to expand the geographical use of the Kinzhal is underway.

Whereas previously MiG-31deployments could be interpreted as defensive to deter aerospace attacks aiming at penetrating Russia’s Arctic airspace, this deployment converts those Arctic platforms into an offensive first-strike nuclear delivery base. Furthermore, a permanent deployment of the MiG-31 also aims to increase the reach of Northern Fleet fighter aircraft, thereby greatly expanding control over the Northern Sea Route (NSR) and the approaches to the Arctic Ocean. Since the Kinzhal has a range of up to 2,000 km and Moscow can extend its flight range by an order of magnitude, it can threaten virtually every other Arctic and European country. In the words of one analyst, the Arctic has become the “key region for the deployment of and transit of strategic sea-based nuclear missile forces as well as aircraft carriers, other surface ships and submarines with nuclear weapons” since it offers the shortest flight path between Russia and the United States.

Thus, these deployments also aim to provide the forces necessary for a maritime entry into High North and the North Atlantic—presumably mainly with submarines but also with surface vessels and aerial strike platforms—where Russia could then threaten NATO members’ commercial shipping and communication lanes. These forces are arrayed, as were Soviet forces, in a bastion-like defensive posture with an intrinsically offensive purpose reflected in exercises and capabilities. These forces’ missions and objectives were detailed in a report published by the Nitze School of Advanced International Studies called “The Arctic and World Order.”

First, Russia aims to enhance homeland security by fortifying a forward line of defense against foreign incursions brought on by increased international commercial activity in the Arctic region. Second, a forward posture will help secure Russia’s economic investments. Third, it will create a staging ground to project power, primarily into the North Atlantic.

Therefore, Russian forces, particularly those based in and around the Kola Peninsula which serves as the home of its nuclear-capable Northern Fleet, can project power into the North Atlantic, the GIUK gap, and the waters surrounding Norway, Greenland, and the United Kingdom, if not beyond. Further, this report and Western analysts confirm the concept of bastion defense is an inherently offensive concept.

Russian nuclear deployments in the Arctic also strongly suggest that Moscow is preparing for a potential regional conflict by assuming an offensive, even first-strike posture. Evidently, this buildup may be aimed at preparing the ground for the deployment of a long-standing Russian defense requirement, namely a maritime and possibly aerial nuclear first-strike capability against the continental CONUS and/or Europe.

Russian nuclear threats must take preeminence in any discussion of Arctic militarization. Russia’s nuclear deployments suggest that all along, its first objective was to establish deterrence—in accord with the tenets of Russian military strategy—by threatening both NATO allies and the U.S. homeland with conventional and nuclear long-range precision strikes, reinforced with a submarine-based second-strike nuclear deterrent. In 2017, the Kremlin announced that the Northern Fleet’s capabilities would be augmented in order to phase “NATO out of the Arctic.“ That certainly seems to be one Russian intention but, beyond excluding NATO from the Arctic to protect the bastions defending Moscow’s submarine-based deterrent, it is also enhancing Arctic-based long-range capabilities, including for nuclear strikes. Given the operational requirement to deny air superiority to NATO and protect ships and submarines at sea or in bastions, Moscow is also increasing its overall aerial strike capabilities in the Arctic beyond the MiG-31. For example, an improved version of the TU-22M3 Backfire bomber has been deployed in the Arctic. With a range of 1,850 miles, it could deliver nuclear or conventional missiles to strike CONUS from Arctic bases. Recent Russian videos show the loading of nuclear air-launched cruise missiles (ALCMs) on the Backfire with enough range to strike targets in the United States, Canada, and Europe. Another 2019 account of the Backfire highlighted its threat potential to regional U.S. Navy assets and to CONUS.

Since the long-range nuclear ALCM range permitted under the New START Treaty is 600 km, the missile’s loading onto the Backfire also violates the New START Treaty while threatening Europe, Canada, and CONUS. The Backfire also carries the KH-32, a supersonic dual-use cruise missile that can target ships or land-based targets. Moscow is also considering deploying TU-95MS Bear bombers in the Arctic. Equipped with the Kh-101 cruise missile, and if launched from the Barents Sea, the Tu-95/MS/MSM Bear bomber could hit targets in Iceland, Norway, the United Kingdom, Denmark, and other key targets on the northern coast of Western Europe. Chief of Staff of the Air Force and Air Defense Army of the Russian Northern Fleet Maj.-Gen. Igor Chirkin told reporters, “Improving the airfield network in the Arctic significantly increases the possibilities of using the Northern Fleet aviation in the interests of controlling, first of all, the airspace in the water area of the Northern Sea Route and will ensure the safety of this transport artery from the air.”

Of particular concern are the deployments of Mig-31 and SU-34FC4 fighter bombers at the Nagurskoye Airbase in the Western Arctic. The SU-34 is another system to ensure control of the Arctic waters and the Northern Sea Route. But since it combines the long-range flight capabilities of a bomber with those of a fighter, it can also strike ground-based targets in the continental United States from Arctic bases. Indeed, Chirkin stated that Nagurskoye in the Alexandra Land on the Franz Josef Land Archipelago can receive any kind of aircraft, including the TU-95MS strategic bombers. Along with the bastion coastal naval defense cruise missile capability and other naval coastal defense systems, this combined air and maritime defense posture aims to exclude any foreign intervention in the waters claimed by Russia as part of its Arctic territory.

Russian experts state that in conjunction with the increasing competition between global powers in the Arctic, it is imperative to re-establish a continuous airspace control mechanism in order to protect the country’s economic interests. According to Russian officials, the new radars will provide coverage for most of the airspace over the Northern Sea Route as well as for a number of oil and gas facilities located in the Nenets Autonomous Okrug and neighboring areas.

But beyond the threat to freedom of navigation, as well as the direct military threat to American and European air and naval systems, many of these systems can strike the United States and its allies. Thus, in 2019, Russia deployed the Bastion coastal defense system in the Bering Strait which allows it to both control access through the strait and strike Alaska with little or no warning. The strike capability, extended range, and nuclear-capable long-range cruise missiles carried by the Backfire Tu-M22, Bear Tu-95, Mig-31, and SU-34 give Russia added deterrent value. Since Russian cruise missiles can threaten targets on mainland Europe as well as in Norway, and Russian surface-to-air missile systems can also cover large portions of northern Norway, these weapons threaten all of NATO. Moreover, possession of long-range precision-strike weapons favors the offense, inhibits a defender’s strategic depth, and therefore permits strike options in other regions and theaters without having to forward deploy forces in them. Therefore, it becomes more likely that military conflicts will spread from one region into another, including across the North Atlantic. Thus, apart from a formidable integrated maritime and air defense network, these platforms also offer Moscow an offensive nuclear strike capability against CONUS, Alaska, and allied targets in Europe or Asia. Add to these capabilities the newly-deployed Iskander missiles in the Arctic, whose apparent mission is to prevent amphibious landings from the sea and provide for coastal defense, and Russian ambitions and fears about the Arctic coastline become even clearer.