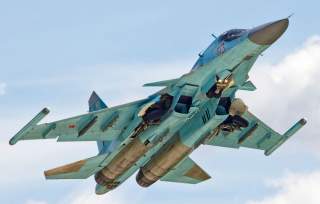 As Russia and China plan their latest installment of joint naval exercises, strategic planners in Washington are invited yet again to take stock of the health and trajectory of America’s relationships with the world’s great powers.  Will the U.S. be able to hold its own in an increasingly multipolar international system?  Should more be done to foster friendships with rising and resurgent great powers?  Or is the goal to defend military preponderance at any price?

Although it is questionable just how close the Sino-Russian relationship is destined to become, any degree of military cooperation between these two powers is unappealing from Washington’s perspective.  Despite the hopes of some that U.S.-Russian relations might improve in the wake of a successful deal over Iran’s nuclear capabilities, Russia’s actions in Ukraine, Georgia and elsewhere mean that Moscow will remain a serious potential adversary for the foreseeable future.  And while U.S.-China relations are on a much stronger footing—at the very least, they have not descended into proxy warfare—American angst about a rising China’s potential to assert itself in East Asia is well documented.

A meaningful Sino-Russian rapprochement would thus be bad news for the United States.  For even if the combined Chinese and Russian fleets are no match for the U.S. Navy on paper, a concentration of their naval forces in a discrete maritime theater—the Sea of Japan (where this month’s exercises are scheduled to take place), the East or South China Seas, or even the Taiwan Strait, for example—could be enough to complicate Washington’s ability to project power during a major diplomatic crisis or militarized dispute.  In short, China and Russia are much better placed to deter the U.S. from exerting itself in East Asia when they act together than when either of them acts alone.

Nor do Beijing and Moscow need to become firm friends in order to pose a threat to U.S. primacy in Northeast Asia and the wider region.  All that is required is for the two powers’ strategic interests to intersect at a moment in time when the United States is trying to assert itself or defend a regional ally.  And given Washington’s strained and complex relations with both countries, the possibility of an opportunistic alliance emerging between China and Russia is difficult to rule out.  On the contrary, the emergence of an ad hoc Sino-Russian alliance is a contingency that U.S. planners would be wise to take very seriously indeed.

Given the on-going stand-offs between Russia and NATO in Eastern Europe, Moscow has a particular incentive to put pressure on the U.S. in the Far East; forcing the Pentagon to widen and deepen its “pivot” to Asia is desirable in the sense that it will hopefully entail an eventual U.S. drawdown along Russia’s western front.

Beijing, of course, has no such desire to see the successful implementation of the U.S. pivot, but would nevertheless value Russian backing in the event of a militarized dispute with Washington or an American ally.  Indeed, in a region dominated by a network of U.S. security arrangements, even a fair-weather friend would be a welcome asset from China’s perspective.

Again, the risk to the United States is not so much that China and Russia will form an offensive alliance to inflict humiliating concessions upon the U.S. or its allies.  Instead, the more likely danger is that the combined Sino-Russian militaries will require that Washington increase its presence in East Asia over and above what strategic planners had previously judged necessary (which, in turn, would force the U.S. to rebalance its commitments elsewhere in the world) or else accept that Pax Americana can no longer be extended to those theaters where a credible Sino-Russian deterrent exists.

Since World War II, America’s preeminent position in the Asia-Pacific—its physical security, economic influence, and diplomatic clout—has been undergirded by a relatively comfortable margin of military preponderance, especially in terms of power at sea.  Under both Eisenhower and Clinton, for example, the dispatch of carrier battle groups to the Taiwan Strait was enough to cow Beijing into calling off bellicose behavior.  In part, though, the clear-cut nature of U.S. military primacy has been a function of successful diplomacy—that is, the maintenance of alliances and the prevention of a credible balancing coalition forming against the United States.

Today, however, this favorable landscape is shifting.  And although its replacement remains to be seen, the future geopolitical terrain of East Asia looks sure to be decidedly less skewed toward America’s advantage.  Rising and resurgent powers like China and Russia are not (yet) true peer competitors of the United States, but they increasingly threaten to challenge U.S. primacy in discrete theaters—especially when acting in concert.  And while this might be a worst-case scenario of the incipient Sino-Russian rapprochement from the U.S. perspective, it is still a scenario that cannot be easily ignored.