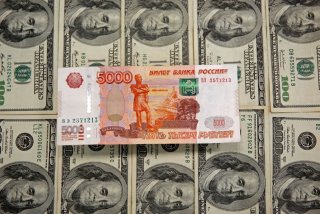 In response to Russia’s invasion of Ukraine, the United States, the European Union, and a host of other Western states have begun implementing an increasingly broad range of sanctions against the Russian economy and its major financial institutions. As opposed to the more targeted Russia sanctions of years passed, these sanctions are distinctly comprehensive in scope. While much of the debate has been largely focused on SWIFT, a broad range of restrictive measures have been levied against Russian business ties with the world that may have a transformative effect on the sanctions of financial statecraft.

The perception of SWIFT restrictions being a sanctions “financial nuclear weapon” is largely a misunderstanding of how being disconnected from SWIFT affected Iran. After the three rounds of autonomous European restrictive measures passed between 2010 and 2013, which included SWIFT sanctions, the Iranian financial services community was cut off from world banking. But this was not an isolated measure, rather it was a culmination of an almost decade-long campaign against Iran’s banking relationship with the world.

Ultimately, SWIFT is a messaging service. It does not even provide clearing services. Exclusion of Russian banks at the level of Iran would require a far broader and comprehensive campaign against the Russian Central Bank and the correspondent accounts of foreign Russian banks—bank accounts that financial institutions have with each other. Some of this also seems to be in progress now. It is worth mentioning here that this will have broad and negative effects on the lives of Russian people. It may also carry systemic and unpredictable consequences within Russia that may not be in the direction desired by the sanctioning countries.

The Hub and Spoke System

During the late 1970s and 1980s, the United States initiated two major sanctions campaigns against the Soviet Union. At the time, sanctions were still utilized in the context of the Cold War, creating economic barriers between East-West trade. President Jimmy Carter’s multilateral grain sanctions were so ineffective and harmful to U.S. farmers that his rigidly anti-Communist rival, Ronald Reagan, ran on a platform of renouncing them. Reagan’s own extraterritorial sanctions against a Soviet-Europe gas pipeline project were met with a state-level rebellion from European allies and was abandoned using the death of Soviet leader Leonid Brezhnev as a pretext. Both episodes were ultimately deemed failures and historic warnings about sender regret.

Since then, and especially in the “sanctions decade” of the 1990s, sanctions became a coercive tool of the strong against the weak. The Soviet economy, while never particularly robust, was still strong enough to make sanctioning it difficult and costly for the sender. After the Cold War, the gap between the economic size of the sender and target widened dramatically and increasingly became a coercive tool of the West against the global south. Scholar Golnoosh Hakimdavar noted that sanctions are imposed “along geographic lines all too often resembling former colonial maps” and other sanctions scholars even began incorporating the premise into the very definition of the term sanctions.

But in the twenty-first century, the West has become increasingly confident in its sanctions and increasingly inclined to impose broad sanctions targeting entire economies and populations. It was inevitable that they’d look beyond the global south as the era of great power competition emerges. The Russian economy is far larger than Iran’s and far more integrated into European economic affairs.

In recent years, scholars and officials have expressed concern about “over-sanctioning,” meaning overuse of sanctions that could result in a depreciation of the sanctions weapon or the dislocation of Western financial systems as the default core of the financial world. Their concerns can generally be placed in two related categories.

First, they worry that critical allies—mainly the European—may begin to actively balance against U.S. sanctions capabilities when Washington is imposing extraterritorial sanctions whose political aims contradict their own preferences. The EU is currently considering an unprecedented framework to block any efforts at economic coercion against its members. The measures are not formally directed at any particular country and can be invoked against any coercive attempt from beyond Europe. They are commonly discussed in the context of fears pertaining to Beijing. That being said, the provisions in the proposal are similar to some of those set forth by European scholars in the context of the economic sovereignty debate that was prompted by Washington’s 2018 repudiation of the Iran deal and the subsequent reimposition of extraterritorial sanctions that saw European firms streaming back out of the Iranian economy. Considering the strong European reaction to Russia’s invasion of Ukraine, this will likely be less of a concern here. But, still, other U.S. partners like the United Arab Emirates and India seem disinterested in seeing their ties with Moscow disrupted.

The second category is the fear that the West’s overuse of sanctions will result in economies around the world striving towards an alternative system of economic transactions. Critical to the potency of the sanctions weapon is that financialized globalization has created global value chains that require cross-border transactions and borrowing at every step of the production process. While the “rise of the rest” creates pools of capital and production competencies around the world, the ability to access key facilitators of trade and borrowing such as the U.S. dollar, major international banks, and the global financial infrastructure—organizations such as SWFT—become vital to business operations and an indispensable feature of any national development model. America’s twenty-first-century financial sanctions are built on this foundation.

For many years, globalization scholars argued that economic imbalances among states will be rectified over time and that globalization will make confrontation increasingly cost-prohibitive. In fact, in their seminal 2018 study, Henry Farrel and Abraham Newman compellingly argued that the global financial system has evolved into a hub and spoke system with key nodes being domiciled in Western jurisdictions. Major global banks, the U.S. dollar, and global financial infrastructure are largely controlled by and based in the states of North America and Western Europe, bequeathing their governments a unique capacity to weaponize that interdependence.

But the West is not solely capable of creating such means for trade. SWIFT, for example, derives its exalted position not from any uniquely Belgian trait but from powerful network effects. Businessmen in rising Asian countries use Western systems because it is more convenient and efficient to do so. Oversanctioning, therefore, is dangerous as it creates a compelling reason for them and their states to seek substitutes as can already be seen with Russian and Chinese financial messaging systems and their increased interest in digital currencies and blockchain alternatives for financial transfer.

Iran’s exclusion from SWIFT certainly initiated interest in alternatives to the nodes of the system. But, ultimately, due to the relative size of the Iranian economy and because its exclusion was painted as a truly unique and exceptional situation, the appetite for disruption was contained both among the larger economies of the East and their business partners in Europe. This is why the Russian sanctions have the potential to alter the landscape. The fact that comprehensive sanctions are no longer exclusively a tool to be wielded against the global south will create new urgency to undermine the sanctions weapon among a larger set of more resourceful nations.

Washington is becoming even more enamored with the sanctions weapon. Members of Congress and think tank pundits now include increasingly aggressive sanctions as part of their proposed solution to any foreign policy problem. Regardless of its effectiveness, meaning its ability to extract policy modification from the target, the ease of deployment and capacity for causing economic harm has made sanctions a key part of seemingly every dimension of U.S. foreign policy. By 2015, the Treasury Department was being called President Barack Obama’s “favorite combatant command.”

What is clear is that, in the context of globalization, sanctions are a form of outcasting from the international global economic order that Western countries see themselves as the legitimate gatekeepers and landlords of. Major financial institutions are not just apolitical profit-seeking entities, they are now key vehicles for the advancement of power projection ambitions for the West, or even just Washington, that are likely to be ever more aggressively used in pursuit of an increasingly broad set of demands levied against an ever-growing number of countries. With anti-China sentiment ossifying in Washington and transatlantic balance of power so firmly in America’s favor, how far behind could broad financial sanctions against China be?

The hardest portion of this Western-centric system to overcome will likely be the U.S. dollar. As many have pointed out, there is only one time in world history that a global reserve currency has been displaced. When the 2008 global financial crisis occurred, many, including financier George Soros, predicted that it would diminish America’s central role in world trade. In fact, it seems to have done the opposite. The fact that the Federal Reserve controls the dollar means it has a nearly endless capacity to supply liquidity, including through swap lines to America’s allies seeking to reinforce their own financial institutions. As the global reserve currency, the U.S. dollar has a safe haven role which means that governments, institutions, and banks flock to it in uncertain times. As the hegemon of the global order, America is the only actor positioned to be the lender of last resort. So even in a global crisis brought about by its own financial mismanagement and crony capitalism, the dollar’s centrality in world affairs strengthens and America’s position against major economies is enhanced.