How Russia Views Its 'Compatriots' in the Near Abroad 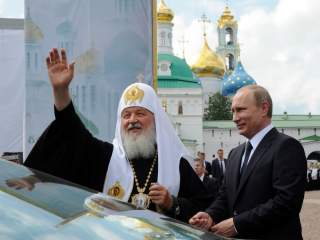 Approaching the second anniversary of Russian President Vladimir Putin’s annexation of Crimea, formalized with his signature on a parliamentary bill on March 18, 2014, Russia’s dramatic intervention in Syria has shifted international attention away from the ongoing conflict in Ukraine. Yet while the fighting has slowed, the conflict remains unresolved—as do broader questions of Russia’s role in European security, and its relations with the United States and its European allies. Though U.S. and European concerns about Russia’s conduct and its intentions toward so-called Russian compatriots in former Soviet Union states remain considerable, Russia’s policy and tactics in this area remains poorly understood, with serious consequences for U.S. policy choices.

Two years later, it may be useful to examine Russia’s policy toward Russian compatriots and its implications more deeply. In a recent study, we identified many lessons both in assessing Russia’s conduct and in developing U.S. policy responses. Below are seven of the most significant.

First, Russia’s political use of compatriots in other countries—whom Moscow formally defines quite broadly in law as almost anyone with a personal or family connection to the former Soviet Union—requires not only cultural but political identification with Russia, its government and its aims. This level of affinity for Russia is not universal among ethnic Russians, Russian speakers or others with ties to today’s Russian Federation. Perhaps more importantly, governments that succeed in building a strong sense of national unity and national identity can channel such sentiments toward language, traditions, the arts and other areas that are not inherently political. In addition to Ukraine, this could be especially important for the Baltic States, Kazakhstan and Uzbekistan, and Moldova, which have large ethnic Russian populations in relative and/or absolute terms.

Second, what has happened in eastern Ukraine has not been widely acknowledged as a success for Russia or for President Putin, either inside his country or elsewhere. Indeed, efforts to use Russian compatriots as an instrument of Russian foreign policy inherently provoke backlash, as has occurred inside Ukraine, where views of Moscow have hardened substantially. This is likely to be counterproductive for both compatriot communities within Ukraine—especially in eastern Ukraine, where it could be very difficult for competing groups to live side-by-side in the future—and for Russia’s goal to avoid having a hostile state on its borders. This experience is thus unlikely to serve as an attractive model for compatriot communities elsewhere, particularly if local governments make progress in integrating these populations.

Third, compatriot populations are a blunt instrument. They are not fully subject to Russia’s control, though Moscow has over time increased its influence in the Donetsk and Luhansk regions, and have only limited ability to force specific actions by national governments in the countries where they reside. They are most capable in protecting their own rights and status—as many felt they were in early-to-mid 2014—and are likely to be far less effective if they appear to be advocates for another government’s interests and objectives or even foreign proxies.

Fourth, notwithstanding the limits of Russia’s influence over compatriots, Moscow has an impressive assortment of tools and tactics to employ in working with those groups to advance its interests. These can include legitimate and corrupt business relationships, the Russian Orthodox Church and cultural organizations like Russkiy Mir (Russian World), among others. Russia’s combination of traditional public diplomacy and messaging through media organizations like Russia Today (RT) and Sputnik with disinformation and internet trolls is also important. Moreover, in nearby regions, Russia’s domestic media can serve as a powerful instrument in socializing foreign compatriots into a wider Russian cultural world.

Fifth, as many have pointed out, reintegrating compatriot populations into Russia, whether through relocation (an important and long-standing element of Russia’s policy that has mitigated downward demographic trends) or annexation, inherently weakens their role as instruments of influence by reducing the size of these communities inside other countries. The fact that Crimea residents no longer vote in Ukraine will affect the outcomes of national elections in what was previously a closely divided country where “west” and “east” regularly alternated in power. Separately, as of July 2015, Russia’s Federal Migration Service estimated that over one million refugees from southern and eastern Ukraine were living inside Russia. They may find it difficult to vote in Ukraine as well.

Sixth, this problem is unlikely to go away. So far, Western and Russian definitions of regional security in Eurasia remain at fundamentally at odds. While protection of Russian compatriots in neighboring countries looks more like a political justification than a motive for Moscow’s seizure of Crimea and its intervention in eastern Ukraine—notably, Russia’s own formal strategy documents describe this as a foreign-policy objective, but not a national-security objective—tensions surrounding the rights, treatment and grievances of compatriot populations are likely to continue.

Finally, with this in mind, the United States and its allies would do well both to understand, communicate with and satisfy Russian compatriot populations across the former Soviet Union, and to examine not only Russia’s tools and influence but also its limits. Neither complacency nor paranoia will advance America’s interests in Russia or its neighborhood.

Vera Zakem leads Russian influence and information operations initiatives at CNA Corporation. She has served as an adjunct lecturer on adversary analytics and red teaming at the Elliot School of International Affairs, George Washington University.

Paul J. Saunders is Executive Director at the Center for the National Interest and a Research Scientist at CNA Corporation.