How Russia Won the UN Showdown Over Syria 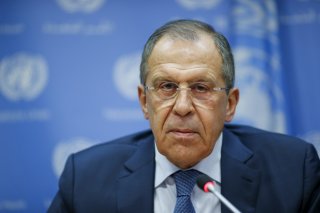 After months of avoiding a public confrontation, the U.S. envoy to the United Nations, Ambassador Linda Thomas-Greenfield, vented her anger at Russian efforts to restrict humanitarian aid for Syria. “This was a life-or-death vote for the Syrian people and Russia chose the latter,” the envoy told the press after Moscow vetoed an extension of the aid program at a July 8 meeting of the Security Council.

Thomas-Greenfield said that Moscow’s demands benefited only the regime of Bashar al-Assad. Then she attacked her Russian counterparts’ approach to negotiations: It “was unprofessional, it was greedy.” Moscow “hijacked” the process and “desperate Syrians will the pay the price.”

All of this is true. Yet three days later, the United States caved to Russia’s demands. Moscow did not have the support of a single other member of the Security Council—twelve backed the American position and China abstained. But still, Washington folded. Why?

The Biden administration made the critical error of negotiating without leverage. It should have built up the U.S. and allied capability to deliver aid without help from UN agencies so a Russian veto would not shut down the aid pipeline. Instead, the administration let Moscow turn millions of Syrians into hostages—the only choices available to the United States and its allies were to accept Russian demands or let civilians starve.

Moscow provided ample warning that it would pursue this ruthless strategy, but the White House did not rethink its game plan. The Russians have worked for years to choke off the supply of aid to any part of Syria outside of Assad’s control. The last enclave still receiving assistance is in the northwestern part of the country, adjacent to the Turkish border. It has an estimated 4.4 million inhabitants, including one million children. Nearly two-thirds fled their homes to escape the regime’s oppression. 800,000 live in tents, even in winter. Many more live in ruins.

In theory, assistance should flow to all parts of Syria through Damascus; however, since the first days of the war, Assad has blocked or expropriated shipments to areas outside his control. The Security Council responded in 2014 by authorizing UN agencies to bypass the regime and ship aid across Syria’s borders, delivering it directly to those in need.

Before its military intervention on Assad’s behalf the following year, Russia was somewhat cooperative on humanitarian issues and approved the necessary resolution. Yet it soon began to chip away at cross-border aid operations. Moscow could afford to be patient since each renewal provided it with an opportunity to extract further concessions. The Russian approach to negotiations was simple and consistent: Confront the United States and its allies with the ugly choice between less aid or none at all.

The Trump administration did not mount an effective resistance to the Russians at the UN, in part because the president himself did not consider the issue important. In contrast, during its first months in office, the Biden administration made clear that humanitarian issues would be a focal point of its Syria policy. At his summit with President Vladimir Putin in Vienna last year, President Joe Biden himself underscored that reauthorizing cross-border aid for Syria was a personal priority. Moscow assented to a one-year renewal.

There was palpable relief among the numerous NGOs that help administer aid programs, yet their assessment of U.S. policy was scathing. Oxfam said the extension was “woefully insufficient.” Physicians for Human Rights called it a “shameful compromise” with Russian demands. Their logic was simple: Aid would remain precarious for as long as Russia could threaten a veto each July, securing further concessions every time.

To defuse Russian threats, Washington would have to create a Plan B to deliver cross-border aid without UN assistance. Yet rather than embracing this option, the administration dismissed it as a distraction. Last month, Thomas-Greenfield traveled to the Turkish-Syrian border to make the case for the reauthorization of cross-border aid. In an interview with Syria TV, an anti-Assad network, the discussion quickly turned to whether the United States was developing an alternate channel for aid shipments in the event of a Russian veto. “I’m not working on an alternative at this moment,” Thomas-Greenfield replied, adding she knows that the UN might be working on a Plan B, but “I’m not working on Plan B. I’m working on Plan A.”

Going further, Thomas-Greenfield insisted that developing a Plan B would only help Russia, since the very existence of an alternative would make a veto less damaging to vulnerable Syrians. The flawed premise of this argument is that Putin might recoil from inflicting too much harm on civilians. That hope seems divorced from reality given the trail of atrocities Russian forces are now cutting across Ukraine—as they once did across Syria.

The principal concession the United States has now made to Russia is that yesterday’s Security Council resolution only extended the cross-border aid authorization for six months, whereas previous extensions were for twelve. The difference may seem academic, yet as Thomas-Greenfield explained, the uncertainty of the shorter timeline would limit the volume of aid, which is already well below the level needed.

What’s more, a six-month extension would expire next January, “in the dead of winter when needs are at their highest.” This would increase Russian leverage, since even a brief suspension of aid would risk numerous deaths from exposure.

Creating a second aid channel for northwest Syria will be a daunting task. Over the past eight years, UN agencies have built up an impressive logistical capacity along the Turkish-Syrian border which would be difficult for others to recreate. The NGOs that partner with the UN may hesitate to work with others, or vice versa.

Yet a hard task is preferable to an impossible one, like persuading Russia to put the Syrian people’s interests ahead of their ruler’s. The choice facing the Biden administration is whether to build leverage it can use in negotiations with Moscow, or to bow to Russian demands again in six months’ time.

David Adesnik is a senior fellow and director of research at the Foundation for Defense of Democracies in Washington, DC.