How to Save (Or Destroy) the Royal Navy 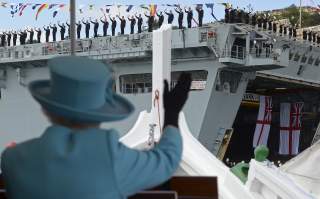