This Is How to Solve America's Rare-Earths Dilemma 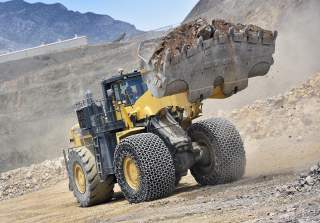 Your computer, smartphone, car, your father’s pacemaker—they all require rare-earth elements. The U.S. military’s missile guidance systems, and platforms like fighter aircraft and submarines require those same elements. This month, Beijing escalated its threat to clip global supplies of rare earths. Last week, three ministries began an unprecedented survey of China’s rare-earths production, likely to prepare for export controls. China accounted for over 70 percent of the world’s rare earths production last year and controls at least 85 percent of global processing capacity. Rare earths comprise seventeen chemical elements with unique electric and magnetic qualities vital for the electronics and clean energy industries. The United States must address its reliance on China for rare-earth elements with the goal of developing man-made substitutes.

If Beijing follows through on its threats, then the United States would face an acute national security crisis and tough economic trade-offs. Supplies may already be pinched: Chinese customs data released on last week shows in May, year-over-year exports were down 18.2 percent and that they fell 16.2 percent from April.

China has near-complete control over the U.S. rare-earths supply chain. In 2018, it supplied 80 percent of U.S. imports and provided much of the chemical intermediates and mineral concentrates needed to process what was imported from Estonia, France, and Japan. The sole operating rare-earths mine in the United States is reliant on Chinese firms for processing raw ore.

In late May, Beijing signaled its willingness to escalate the trade dispute with the United States by noting it could curtail exports of rare earths. Beijing announced its intent with the salvo “Don’t say we didn’t warn you”—a phrase used during major events such as the 1962 Sino-Indian border dispute and in the run-up to China’s invasion of Vietnam in 1978. This is not an idle warning. In 2010, Beijing cut off rare-earths exports to Japan over a territorial dispute that was seen as a violation of state sovereignty, a Chinese core national interest.

America must take China’s threats seriously. China considers the basic safeguards for ensuring sustainable economic and social development to be a core national interest at the same level of state sovereignty. This month, Beijing also issued a white paper on U.S.-China trade relations that claims the United States consistently violates Beijing’s sovereignty with its trade actions.

Will China follow through? Chinese leaders cannot afford to look weak after the United States added Chinese firm Huawei to its Entity List, thus limiting exports of critical components and software to the company. Beijing may further calculate that China inflicting economic pain on the United States is worth upending its rare-earths export market. Presumably Chinese leaders understand that their threats would spur a scramble for alternate sources and processing capacity for rare-earths. They likely view it as a price worth paying on an issue that China sees as central to their national interests.

Beijing knows denying rare earths will harm the U.S. economy. The U.S. Department of Commerce acknowledged as much in its strategy document for critical minerals released on June 2. The United States faces considerable economic disruption in the event of a cutoff. The U.S. National Defense Stockpile is critically underfunded and holds less than 5 percent of typical annual U.S. rare-earths consumption, according to the most recent U.S. Geological Survey numbers. Difficult trade-offs about when and where to use them would need to be made should China enact a prolonged or even permanent export ban.

What can the United States do in response? Current supplies can be stretched by expanding rare-earths recycling efforts, as the Department of Commerce strategy recommends. The document contains further sensible calls to action such as diversifying the international supply chain since about 60 percent of the world’s reserves are outside China. The Department of Commerce also calls incentivizing critical mineral development from secondary and unconventional sources and expanding mining and processing operations domestically. These will take years to ramp up, however.

Passing the Rare Earth Element Advanced Coal Technologies Act, which appropriates money for the development of advanced separation technologies to extract and recover rare earths, would support elements of the Department of Commerce strategy. The bill should be amended, though, to also fund research and development of man-made rare-earth substitutes.

Expanded mining, recycling, and international trade will only get America so far. Demand for rare earths will grow as electronic devices and vehicles continue to proliferate. Although plentiful—“rare” refers to the fact that the elements occur only in compounds and oxide—mining commercially viable quantities is expensive and highly polluting. The United States would have to look to countries like Australia, Burundi, and Myanmar to diversify its supply chain as it has only a little over 1 percent of known global reserves.

Development of viable man-made substitutes would help end U.S. reliance on foreign sources for rare earths altogether and could eliminate the need to mine them. Such technological breakthroughs would also stimulate new business areas. Department of Energy-funded research, for example, resulted in substitutes for europium and terbium used in LEDs and flat-panel displays, and techniques to sharply reduce the need for neodymium and dysprosium in electric motors.

It is time to heed Beijing’s warning and end our dependence on Chinese rare earths regardless of whether Beijing acts on its threats. Developing man-made substitutes is our best bet to bolster long term economic and national security.

Martijn Rasser is a senior fellow in the Technology and National Security Program at the Center for a New American Security.

Ashley Feng is a Research Associate in the Energy, Economics, and Security Program at CNAS.