How to Stop Kashmir from Spiraling into All-Out War 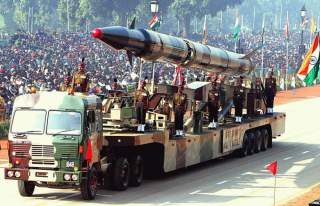 Kashmir has again become the venue for a confrontation between India and Pakistan. On September 11, militants attacked an Indian military post in Poonch, and on September 18, another in Uri—both towns in Indian Kashmir. They infiltrated the so-called Line of Control (LOC), which separates the India- and Pakistan-administered portions of Kashmir and has served as the de facto boundary since the armistice that ended the 1947–48 war between India and Pakistan.

An Indian policeman was killed in the Poonch attack. In Uri, eighteen soldiers were killed (another died later while being treated for injuries) before the assault was repelled and the intruders shot dead. India insisted that in both instances the perpetrators were armed and trained by Pakistan, as its Director General for Military Operations added that twenty similar incursions had been thwarted so far this year.

Facing calls for a tough response, Prime Minister Narendra Modi ordered “surgical strikes” against targets on Pakistan’s side of the LOC. Pakistani officials claimed that no such Indian retaliation had occurred. Yet they acknowledged that two of their soldiers had been killed by Indian gunfire.

On the nonmilitary front, there have been the usual back-and-forth volleys of irate words and gestures. Pakistani theaters have stopped showing Bollywood movies, and Pakistan’s Electronic Media Regulatory Authority announced plans to block Indian television transmissions.

India has sought to isolate Pakistan by labeling it a state sponsor of terrorism. And it raised the possibility of reconsidering the 1960 bilateral agreement on sharing the waters of the Indus River and of revoking Pakistan’s Most Favored Nation Status, which was granted in 1996. Sartaj Aziz, the Pakistani prime minister’s adviser on foreign affairs, warned that reneging on the riverine treaty and curtailing flows to Pakistan “can be taken as an act of war.”

This backdrop for this latest conflagration was the unrest that erupted in Kashmir after Burhan Wani, a young—he was twenty-two—Hizbul Mujahideen commander was killed in a July shootout with Indian soldiers. During the demonstrations that followed his death there were encounters between angry protesters and Indian security forces. According to Indian press reports, the resulting violence left seventy-five people dead. Kashmir has not witnessed bloodshed on this scale since seventeen-year-old Tufail Mattoo was shot dead by the police in June 2010, leading to violence in which some one hundred people died.

Seeking to restore order, the authorities in Kashmir instituted curfews, shut down newspapers and, according to Indian news reports, Internet and cellphone services. Khurram Parvez, a human rights activist who has investigated the disappearance of Kashmiri detainees, was intercepted at New Delhi airport before boarding a flight to Geneva to attend a UN Human Rights Council meeting, and later arrested in Kashmir.

Calm has still not returned to Kashmir. On October 2, militants struck an Indian army camp at Baramulla, northwest of the capital, Srinagar.

In much of the Indian media, and certainly in statements issued by India’s civilian and military leaders, Burhan Wani has been portrayed as a terrorist, pure and simple. Hizbul Mujahideen has been officially labeled a terrorist organization, not only by India but the United States and the European Union as well. Still, painting Wani as nothing more than a poster boy for terrorism sweeps under the rug the complexities of Kashmir’s decades-long turmoil.

The details of Wani’s path to the insurgency help illuminate the problem India faces in Kashmir. By all accounts he was a superior student who, according to an interview his father gave to the Times of India, aspired to join the Indian army or to play cricket for India’s national team. Instead, in 2010, at age fifteen, he left home and joined Hizbul Mujahideen a few months after he and his brother were beaten up (the latter severely) by Indian security personnel, and for no good reason.

Such incidents are not uncommon in Kashmir. Indeed, the Wani brothers got away lightly on that occasion. Following on-site investigations, respected human-rights organizations have concluded that Indian security forces raid Kashmiris’ homes, execute or torture some who are taken into custody, use lethal force against unarmed demonstrators and even commit rape. (The anti-Indian insurgents, it should be said, have also abducted, murdered and raped, all to intimidate civilians or to punish suspected informants.)

Thus, many Kashmiri Muslims have likely shared some version of what the young Wani brothers experienced. Not surprisingly, Burhan Wani, widely vilified in India as a terrorist and separatist, was lionized by his fellow Kashmiri Muslims. Many see him as a hero who fought against an occupation enforced by the India’s army and Central Reserve Police Force (CRPF). Tens of thousands of people, and according to one eyewitness account as many as two hundred thousand, turned out to grieve at Wani’s funeral in the town of Tral and at other ceremonies held after his death.

The resentment Kashmiri Muslims feel toward Indian security personnel feeds the insurgency, ensuring it a steady supply of recruits like Wani. India has the soldiers, police and firepower to deal with demonstrators and armed separatists. What it evidently lacks is a strategy to win the trust of Kashmiri Muslims.

Pakistani leaders dismiss India’s claim that Hizbul Mujahideen’s armed uprising owes its existence and survival to support from Pakistan’s radical Islamist groups (particularly Lashkar-e-Taiba and Jaish-e-Muhammad) and its Inter-Services Intelligence. They insist that the insurgency represents homegrown resistance to an oppressive Indian occupation.

Pakistan uses this narrative to advance its own agenda in Kashmir. But that should not obscure the fact that the Kashmir insurgency emerged in 1988–89, following local elections rigged to favor the pro-Indian National Conference against the Muslim United Front (MUF) coalition, which the Indian government regarded as pro-Pakistani. During the election campaign, it arrested MUF leaders, fearing the party’s popularity among Kashmir’s Muslim voters. They were neither charged nor tried.

Still, Pakistan has used the disaffection of Kashmiri Muslims to systematically stoke the insurgency—not just by expressing solidarity but also by providing its fighters funding, training and sanctuaries. It has also permitted groups such as Lashkar and Jaish to train and equip them. Muzaffarabad, the capital of Pakistan-controlled Kashmir, serves as Hizbul Mujahideen's headquarters. Its leader, Syed Salahuddin, lives there. (Salahuddin, then known as Muhammad Yusuf Shah, led the NUF during Kashmir’s 1987 election and was among those arrested.)

Pakistan has backed Hizbul Mujahedeen, which supports union with Pakistan, and distanced itself from the Jammu and Kashmir Liberation Front, a non-Islamist movement that stands for an independent Kashmir.

And though India has abandoned its original commitment to allow a plebiscite, Pakistan has insisted that independence cannot be among the choices presented to Kashmiris. Self-determination is fine—so long as Pakistan, rather than Kashmiris themselves, define the terms.

So while India reduces the insurgency to “cross-border terrorism,” Pakistan has its own self-serving presentation.

The Kashmir dispute has remained unresolved for almost seventy years. Alas, there’s no solution in sight. The standard proposals on offer to resolve civil wars won’t work in Kashmir.

Partition—recommended by some scholars, criticized by others—won’t be acceptable to any of the parties.

India claims rightful ownership of all of Kashmir, including Azad (“Free”) Kashmir and the Northern Territories, now governed by Pakistan. Accepting a partition would require the Indian government to abandon that position. There’s no sign that it is prepared to do so. More importantly, partition won’t suit Pakistan. Dividing Kashmir along the LOC, the most that India will ever allow, assuming it will be open to partition at some point, would leave almost two-thirds of Kashmir in India’s hands, including the jewel in the crown, the Muslim-majority Kashmir Valley.

Besides, Islamabad believes that Kashmir should have been part of Pakistan all along. In 1947, parts of British India, Punjab and Bengal, were partitioned to create Pakistan as a homeland for South Asia’s Muslims. But Muslim-majority Kashmir became part of India following the “Instrument of Accession” its Hindu monarch, Hari Singh, signed in October 1947 after a rebellion in Poonch and raids by Pakistani tribesmen unnerved him. Finally, most Kashmiri Muslims—certainly those seeking independence or inclusion in Pakistan—would reject partition as a deal done over their heads.

What of the plebiscite option, first proposed in 1948 by UN Security Council Resolution 47?

Pakistan continues to favor it, and Prime Minister Nawaz Sharif called for its implementation as recently as last month’s UN General Assembly session. After the 1947–48 India-Pakistan war, India did pledge repeatedly to permit a plebiscite. But that offer contained an important precondition: the withdrawal of Pakistan’s troops from the parts of Kashmir on its side of the LOC. That was, and remains, unacceptable to Pakistan.

Moreover, since the mid-1950s, India has backtracked on its plebiscite promise. It maintains that Pakistan failed to remove its troops from the portion of Kashmir it controls and had therefore not complied with UNSCR 47, and that Kashmir’s Constituent Assembly ratified the state’s accession to India in February 1954. Pakistan does not accept the Assembly’s decision as a substitute for a plebiscite. And it rejects the provision in Kashmir’s constitution (Part II.3) stipulating that “the State of Jammu and Kashmir is and shall be an integral part of the Union of India.”