How to Stop States from 'Weaponizing' Nuclear Programs 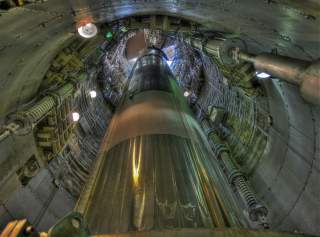 Long before a final Iran nuclear agreement was on the horizon, plans have been afoot to generalize the hoped-for results of diplomacy far beyond the borders of the Islamic Republic. If these ideas bear fruit, after an Iran deal happens, most of the world’s nations will commit not to do things that are critical for building nuclear arms.

Of the 185 non-nuclear weapons state parties to the Nuclear Nonproliferation Treaty (NPT), nearly all countries with significant nuclear infrastructure have concluded safeguards agreements permitting the International Atomic Energy Agency (IAEA) to verify that they are not producing or diverting plutonium and uranium for weapons. But the NPT doesn’t expressly ban states from doing the math and science and engineering needed to “weaponize” nuclear material into an explosive device.

The IAEA’s Iran dossier suggests that for many years, scientists guided by Iran’s military worked on nuclear weapons development. Because a diplomatic settlement of the crisis must reduce Iran’s nuclear threat to be credible, the five permanent members of the UN Security Council plus Germany (P5+1) negotiating with Iran want Iran to divulge what it knows about weapons-making, giving the IAEA and the powers a better baseline to monitor Iran’s NPT peaceful-use commitment.

So far, Iran’s denial that it has done any nuclear weapons work is a deal breaker. That’s why U.S. Secretary of State John Kerry on June 16 seemed to hint that Iran would not have to reveal incriminating specifics about its nuclear past. Regardless of what Kerry implied, the fine print of his remarks made clear that there won’t be a deal unless the powers are confident that Iran isn’t doing weaponization.

The P5+1 will also insist that Iran ratify and implement its Additional Protocol, an obligation which will expand the IAEA’s legal access to Iran’s nuclear program. But in the light of Iran’s past systematic deception and the IAEA’s unresolved weaponization allegations, negotiators also want Iran to commit to still greater transparency, embodied in what some term an “Additional Protocol Plus” which inter alia would commit Iran not to do nuclear weapons science.

But until now the NPT parties have acted on the basis that, except for activities that involve undeclared or clandestine production or diversion of plutonium and uranium for nuclear weapons, virtually all other nuclear R&D pursuits are peaceful and permissible. Iran’s negotiating partners worry that, if this broad definition of peaceful use is unchallenged after an Iran deal that in fifteen years will allow Iran to resume most of its previous, provocative activities, other states will follow suit and embark on aggressive nuclear programs.

If efforts to curb weaponization move forward after an Iran deal, two operational questions will be asked: Who decides which nuclear activities are “peaceful,” and who will be responsible for addressing any allegations that states are working on nuclear weapons?

But that logic is precisely why many, perhaps most non-nuclear weapon states may not accept such a delegation of responsibility. During a five-year NPT review conference in May, the Permanent Five (P5) and many non-nuclear weapon states once again fell out over who makes global nuclear rules. Some observers viewed this event a mere blemish, but its message to P5 nonproliferation rule-makers was not a comforting one.

This governance debate is not unique to the NPT. Before its parties give the Security Council authority to police 185 countries’ nuclear science and research programs for nefarious activities, they will no doubt take note of what transpired since 2008, when the Council, on behalf of one of the P5 nations, injected itself into the climate change debate on the grounds that global warming is a threat to peace and security. Objections were raised by members of the Non-Aligned Movement, Russia, and China that the Security Council has no mandate to expand its reach including over states’ sovereign emissions rule-making and enforcement.

Iran’s nuclear history rightly prompts the conclusion that the definition of what is a nuclear “peaceful use” is too broad. Iran could itself contribute to correcting this by pledging not to engage in specific activities critical to nuclear arms-making. Such a commitment might thereafter be accepted by other non-nuclear weapon states as a contribution to a world without nuclear proliferation.

In the short term, informed by the fact that several NPT members in good standing have done some nuclear weapons science and engineering, most states will conclude after an Iran deal that Iran is a special case that does not warrant imposing additional blanket restrictions upon the rest. The IAEA will not proselytize in favor of a generalized “AP-Plus” because in its view that could set back universalization of the Additional Protocol.  And until most states are prepared to endow the Security Council with more legitimacy, efforts to further restrain NPT parties’ R&D activities will have to begin modestly by requesting states to voluntarily not carry out specific weaponization-related activities.

Mark Hibbs is a senior associate in Carnegie’s Nuclear Policy Program, based in Berlin.