How the Army Built the Habsburg Empire 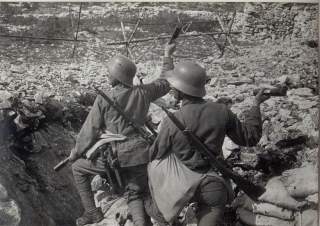 THE REPUTATION of the Austrian imperial army, unlike its Prussian counterpart, does not command much historical respect. In Joseph Roth’s great 1932 novel Radetzky March, which chronicles the rise and fall of the Trotta family, the decay of the Habsburgs is intimately linked with the collapse of the army. During the Battle of Solferino in 1859, Lieutenant Trotta, a Slovenian subject, saves the emperor’s life. He is promptly ennobled for his heroic act. Every Austrian schoolboy is taught to revere him. But by the third generation, the family has gone to pot. The grandson, a cavalry officer, exemplifies none of the martial values of his forebears. Instead, the depressive young gentleman, stationed on the border with Ukraine, spends his time drinking, gambling and womanizing.

In his superb new book, For God and Kaiser, Richard Bassett examines the central role the imperial army played in Austria. While this fighting force was undeniably in dire straits by 1914, he argues that it has gotten something of a bum rap. For several centuries, it displayed a remarkable capacity to adapt and innovate. Bassett believes that the army expressed the idea that dynastic, cultural and economic relations were more important than national identity. Indeed, the army became a remarkably successful tool for state formation and provided cohesion even as nationalism became a greater force. Hence the last emperor, Charles I, remarked in 1918 that “all the peoples of the monarchy have found a common home in the army.”

Bassett quite rightly opens with the crisis in 1619 that almost toppled the Habsburgs from power. Ferdinand II, who had inherited the Austrian branch of the Habsburg lands Charles V divided in 1556, faced a revolt by Protestant nobles in the Holy Roman Empire. The Bohemian magnates confronted Ferdinand, only to retreat when the arrival of loyal cavalry prevented them from compelling the emperor’s submission to their demands. The incident forged a bond of mutual support between the Habsburgs and their army. The army existed first and foremost to secure the dynasty. Duty shaped what became a Habsburg way of war that emphasized resilience over risk and used strategic depth to recover from initial defeat. No commander would risk the destruction of his army, lest such defeat endanger the dynasty. Instead, defensive tactics or strategies served offensive ends. War always remained at the service of politics to reinforce diplomacy.

Besides saving Ferdinand, the incident marked a notable turn in the struggle between Protestants and Catholics in Central Europe. As the Reformation divided Europe, Ferdinand preferred seeing his lands burnt to a cinder to tolerating Protestantism in his domains. Bohemia—now the Czech Republic—was determined to resist. Other territories stood on the brink of open rebellion. Ferdinand had few troops that he controlled directly. Catholic princes cared little more for his authority than their Protestant counterparts did. Necessity compelled him to find commanders willing to raise an army from private funds. Their victories provided the means to make the new system work even as Ferdinand’s treasury ran empty.

The Thirty Years’ War (1618–1648) began when rebels in Prague elected the Protestant Frederick as king of Bohemia. It quickly became a wider conflict, but an imperial victory over Protestant forces at the famous Battle of White Mountain regained Bohemia for the Habsburgs. Captured land enabled Ferdinand’s commander Albrecht von Wallenstein to forge an army that resembled the condottieri of the early Italian Renaissance. Wallenstein’s ambitions to establish a realm of his own ended in his assassination, but the force he built pledged its loyalty to the Habsburgs. Like Catholic religious orders promoting the Counter-Reformation, it had a distinct international flair. The army also developed innovative tactics and an effective system of finance and supply. A service nobility loyal to the Habsburg dynasty emerged among officers who took lands and titles. The infrastructure supporting the army became the foundation of an Austrian state distinct from the Holy Roman Empire.

Exhaustion on both sides ended the war. Austria still faced the long-term threat of war on multiple fronts. France remained a rival able to intervene in Italy and Germany, while the Ottoman Empire posed a danger from the southeast. Besides requiring forces sufficient to cover multiple fronts, the Austrian army needed the tactical skills to fight both European and Turkish opponents in very different environments. The siege of Vienna in 1683 presented a formidable test. Bassett highlights the drama and personalities, but also shows the adaptability of Austrian forces in a highly fluid situation. The relief of Vienna by Poland’s King John Sobieski brought a counteroffensive that broke Ottoman military power.

BASSETT DEFTLY describes how Austria’s army differed from its European counterparts. Besides the international flavor, it included many officers who had risen through the ranks. In Austria, the “best families” produced a large share of officers, but merit determined advancement. Unlike in Prussia, Austrian officers never formed a separate caste. Standardizing an expanded professional army, including its uniforms, produced the image of soldiers in white coats with different colored facings. The choice of a light gray that faded to white reflected financial considerations that hinted at a larger issue—keeping up standards in peacetime cost more than Habsburg finances could manage, a recurring problem.

Diplomatic efforts by Charles VI to transfer the Habsburg inheritance to his daughter Maria Theresa, the only direct heir, showed the weakness of treaties absent force to back them up. While Bassett’s description of Maria Theresa as eighteenth-century Europe’s most effective monarch perhaps oversteps the mark, he draws a useful contrast between her and her Prussian rival Frederick II. Prussia had formed a distinctive political culture and institutions to compensate for its strategic vulnerability and limited manpower and resources. The result meant that, as Count Mirabeau is said to have noted, where most countries had an army, in Prussia the army had a country. While the Prussian army had its own weaknesses, not least a limited recruiting pool, it allowed Frederick to seize Silesia in a campaign that opened the War of Austrian Succession (1740–1748).

Strategic depth and manpower enabled Austria to recover from near destruction. Other powers joined Frederick in a bid to partition the Habsburg lands. Let down by allies and advisers alike, Maria Theresa initiated wartime reforms that rescued her rule. Frederick likened fighting her to “dying a thousand times every day.” Ending the war brought space for sweeping changes that gave the Habsburgs the best artillery in Europe, along with improved cavalry tactics and officer training. Care taken for soldiers reinforced their loyalty. The army became more cosmopolitan, too, as non-Catholics entered the officer corps and ranks. Regulations made religion something to live by and not speak about, downplaying a sectarianism other militaries retained through the nineteenth century. When the struggle resumed with the Seven Years’ War (1754–1763), Frederick soon observed, “These are no longer the old Austrians.”

Austria could adapt to meet challenges no less than Prussia. Emphasis on Prussian efficiency overshadows Maria Theresa’s real accomplishments. Her realm had resources and depth to recover from defeats that left Prussia reeling, a pattern seen in later wars against Napoleonic France. Bassett cogently describes a strategic culture among Austrian commanders who used defensive tactics and strategies to leverage their advantages by wearing down opponents. The advantages of securing a decisive encounter rarely matched the risk of losing an army, even if new recruits could be found. Balancing forces against threats to the dynasty bred caution among rulers and commanders.

Prussia’s survival against steep odds burnished Frederick’s reputation. It also drew attention away from the fact that Austria survived, recovered and emerged stronger than before. Joseph II introduced a new series of reforms upon succeeding Maria Theresa, but showed less judgment and appreciation of human nature. Rational enlightenment—a commitment to abstract reasoning over experience—clashed with military tradition. It also sparked political conflicts, including a revolt of the Austrian Netherlands. Joseph forced Prussia to back down without a fight in the short War of Bavarian Succession (1778–1779), but then overstretched the army in campaigning against Turkey along a geographically wider front than ever before. He bequeathed the army that carried Austria through the wars unleashed by revolutionary France.

EVEN AS early as the 1770s, France conceived of a new approach to war, in which citizen armies fired by patriotism would live off the land for greater mobility. Napoleon Bonaparte was only the most prominent soldier to realize the potential these ideas offered. The new way of revolutionary war surprised the coalition against France, including Austria, with its quicker pace and different assumptions. Austria won 168 of the 264 engagements it fought against revolutionary France, Bassett tells us, but those victories did not prevent a stalemate that worked against its vulnerabilities. Ceding the Austrian Netherlands and annexing Venice through the Peace of Campo Formio in 1797 gave the Habsburg monarchy a more defensible position. What seemed to represent defeat by Napoleon ended up consolidating Austrian power in Central Europe.