How the Balkans Were Won: A Turkish Foreign Policy Success Story 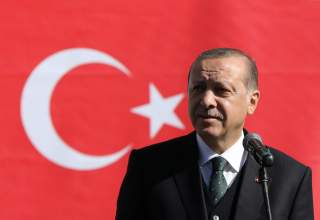 Vuk Vuksanovic is currently a PhD researcher in International Relations at the London School of Economics. He formerly worked at the Ministry of Foreign Affairs of the Republic of Serbia and as a political risk consultant in Belgrade. He writes widely on modern foreign and security policy issues, and is on Twitter @v_vuksanovic.

Image: Turkish President Tayyip Erdogan looks on as he stands next to Serbia's President Aleksandar Vucic (not pictured) during their visit to Novi Pazar, Serbia, October 11, 2017. REUTERS/Marko Djurica​