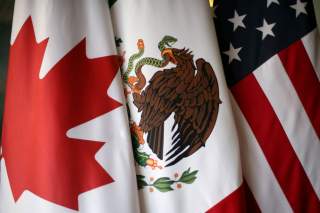 At least one other issue has the potential to worsen U.S.-Canada relations, and therefore to be regarded as a fertile target of opportunity by a U.S. adversary. It stems from the combination of Canada’s sometimes fractious federalism and its history of Quebec’s independence movement. It is a topic especially relevant In today’s era of populist separatism and revived nationalism, often rooted (as in Quebec) in linguistic and cultural differences. The issue came to the fore initially in the late 1960s, when Quebec was increasingly the scene of an active separatist movement. When French president Charles de Gaulle visited Montreal in 1967 and famously called out the words “Vive le Quebec libre” the crowd roared with approval and new life was given to Quebec’s independence movement. The reaction, however, of the Canadian government was immediately negative, because an independent Quebec, Canada’s largest province in size and second in population, raises the spectre of a fully divided nation. Not surprisingly, de Gaulle’s visit was quickly cut short and relations with France suffered for several years.

Today, the Quebec separatist movement is quiet, but its embers have not disappeared; as recently as the Clinton administration in the mid-1990s they were a cause for U.S. foreign policy concerns. As in the case of America’s border with Mexico, and in the context of Canada’s currently tense relations with the United States regarding NAFTA, those memories represent a potential U.S. foreign policy weakness susceptible to exploitation. If that seems unlikely, recall Russia’s recent—and in some cases ongoing—disinformation and related activities in the domestic politics of France, Britain and Germany, to say nothing of Finland, Estonia, Georgia, and the Ukraine. Those Russian actions are the subject of a just published two-hundred-page Senate Foreign Relations Committee report, titled “Putin’s Assymetric Assault on Democracy in Russia and Europe.”

The nineteen nations it covered did not extend to the Western hemisphere, but if official U.S. actions cause a NAFTA collapse, as is widely feared, sores on America’s southern and northern borders that are now latent will be newly ripe for similar Russian methods. Almost two centuries of calm borders that have been taken for granted will become borders newly susceptible to clever disruption by an adversary of proven capacity and commitment to weakening the United States. That national-security consequence is quite aside from the major economic injuries it will bring to America’s farmers and automotive-industry workers, as well as the probable toll it will take on the president’s own party. From that strictly partisan perspective, as Karl Rove recently wrote, “killing NAFTA would damage Republicans in agricultural, auto and border states. . . . Mr. President, it isn’t worth it.”

Bernard K. Gordon is Professor Emeritus at the University of New Hampshire. He is the author of America’s Trade Follies and several books and articles dealing with trade, investment, and international politics in East and Southeast Asia.

Image: Flags are pictured during the fifth round of NAFTA talks involving the United States, Mexico and Canada, in Mexico City, Mexico, November 19, 2017. REUTERS/Edgard Garrido/File Photo​