How the Kurdistan Region of Iraq Confronts Challenges in 2018 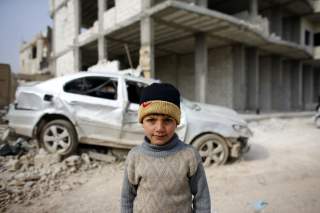 The Kurdistan Regional Government (KRG) in Iraq is seeking to shore up confidence at home and support from abroad as it confronts a plethora of challenges in 2018. Iraq is preparing for the future after the war with the Islamic State while Baghdad and Erbil, the capital of the KRG, still have a list of disputes in the wake of the 2017 Kurdistan independence referendum. Resolving those disputes is key to stabilizing Iraq in the future and ensuring that groups like ISIS cannot exploit divisions in the country to return and spread terror. In recent weeks there has been an uptick in ISIS attacks in Hawija and Kirkuk, which are just south of the Kurdistan regional capital of Erbil. On February 19, ISIS claimed responsibility for an attack that killed twenty-seven members of an Iraqi paramilitary Shia militia in Hawija. In addition, Baghdad is continuing its clampdown on the Kurdish region, although it announced on March 13 it would finally re-oped the region's two international airports, shuttered since September 2017. On March 3 the parliament in Baghdad passed an $88 billion 2018 budget that cut the KRG’s share to only 12 percent. Many Kurdish members of parliament boycotted the vote in protest.

Officials in the KRG have laid out a series of challenges that they are working on surmounting in the coming months. For the United States, the stability of the Kurdistan region is of central importance. “Iraq is at an important juncture in its history. We support a united, democratic, federal and prosperous Iraq, and a stable and viable Iraqi Kurdistan region as part of the Iraqi State,” U.S. Secretary of State Rex Tillerson said in Kuwait on February 13.

Since the crises last fall, the Kurdistan region and its autonomous government have been trying to salvage a struggling economy, confront the loss of Kirkuk and most of its oil fields to the central government, and cope with the closure of two international airports. Both were ordered closed by Baghdad as punishment for the independence referendum last September. Recently, Baghdad said that it would open them for pilgrims heading for Mecca, but every day they remain closed for other purposes presents economic hurdles and difficulties for NGOs operating in a region still recovering from the ravages of war against ISIS.

“Now that the decision has been made to hold the Iraqi elections on time, I hope that it will determine a new path for the country, especially after the recent events,” the Kurdistan region’s head of the Department of Foreign Relations, Falah Mustafa Bakir, wrote in an email in response to a series of questions. Federal elections are scheduled for May 12, 2018. Voices like Mustafa’s argue that it would be best for Kurdish parties to run in the elections on a common list or coalition to increase their leverage after. Kurdish parties formed a coalition for the 2010 parliamentary elections, but ran separately in 2014. This year the main Kurdish parties, the Kurdistan Democratic Party (KDP), the Patriotic Union of Kurdistan and Gorran are deeply divided. In October there were accusations on both sides after Kurdish Peshmerga abandoned disputed areas in Kirkuk and Sinjar to Iraqi security forces. In December economic riots and protests throughout parts of the Kurdish region targeted the main parties as locals accused them of corruption and not delivering on promises. “As the election date has been set, it is important for Kurdistan to prepare itself in advance to safeguard the rights of the region and its people,” Mustafa Bakir says.

At a major reconstruction conference in Kuwait in mid-February, Iraqi prime minister Haider al-Abadi said that the country needed $88 billion to rebuild after the war. The KRG sent its local minister of planning, three regional governors and Darbaz Kosrat Rasool, the minister of housing and reconstruction to the Kuwait donors conference. Rasool has stressed that the region needs extensive support and its fair share of budget from Baghdad to complete more than two hundred projects that have been in the works since 2014 when ISIS attacked the region. In May 2017 he estimated that just infrastructure, such as roads, required $5 billion. At the Kuwait conference donors from around the world pledged $33 billion to Iraq as a whole, but much of the financing is in the form of loans and it is not clear how much will reach the KRG. Meanwhile, officials in Erbil are concerned that most of this much-needed support will bypass the region.

The region is also reaching out internationally in other ways. Nechirvan Barzani, the KRG’s prime minister, travelled to Davos in January for the World Economic Forum. This provided an opportunity to network with world leaders. “After the referendum, Baghdad made attempts to isolate the region by imposing sanctions of various forms and to dismantle the KRG as an entity,” Mustafa Bakir says.

In February both Nechirvan Barzani and KRG Chancellor of the Security Council Masrour Barzani attended the Munich Security Conference. The prime minister has been seeking international support, meeting with French foreign minister Jean-Yves Le Drian in early February and other foreign delegations. The Kurds found more support on February 12 when UK foreign minister Boris Johnson spoke with Abadi and “encouraged the resumption of international flights to Kurdish territory.” The KRG prime minister’s office argues that these are signs of the KRG’s success at reaching out abroad.

Last October the KRG lost control over significant oil resources, says Falah Mustafa. “If Baghdad claims Kurdistan to be part of Iraq then we need to be treated in a fair manner,” he notes. The KRG wants to reach an agreement with Baghdad on revenue sharing for the oil exported from Kirkuk, which under the Iraqi Constitution of 2005 is defined as a disputed area between the autonomous region and the central government. The KRG also argues that since it hosts more than one million IDPs that fled other areas of Iraq during the war on ISIS, that the current dialogue with Baghdad will lead to a result where budget is provided for the difficulty the region faces hosting so many displaced people.

The coming year will present a major challenge economically. The region is supposed to receive 17 percent of the national budget, but Baghdad has sought to reduce that to 12 percent and argued that the KRG needs to be brought under stricter financial controls to ensure accountability and reduce what it claims is corruption. The KRG says that it wants to safeguard its fair share and that the prime minister continues to adopt reforms. In response to a query the KRG points to its auditing of its oil and gas sector through an independent audit by Deloitte. “With this process the KRG can demonstrate its commitment to transparency in the reporting of oil production.” It also sought to create a biometric database of the 1.3 million estimated civil servants. Many have received salaries late over the last years. “On the reform agenda we have worked on the reduction of bureaucracy, encouragement and empowerment of the civil society, especially of women and youth,” says Mustafa Bakir.

Overall the KRG has sharply changed its rhetoric from last year, seeking compromise with Baghdad and dialogue. The problem is that so far it has not seen a reversal in many of the measures taken by the central government to punish the region. The airports remain closed and Kirkuk is firmly in Baghdad’s hands. With elections coming up and Baghdad riding high from the Kuwait conference and support that, unique for the Middle East, unites both Riyadh and Tehran, Abadi may not see a region to compromise.

“The dialogue as a process has started. This is a positive step in the right direction which provides an open channel of communication,” Mustafa Bakir asserts. “For the sake of the people of Kurdistan and Iraq, for the sake of peace and stability, we hope that both sides are seriously engaged and committed.” This is an uphill struggle. The KRG also has to balance relations with Iran and Turkey, both of which were also outraged by the referendum. However recent discussions with Iran have appeared fruitful, and the Kurdistan region and Turkey have excellent economic relations. In addition, the isolation that Erbil felt from Washington and London after the September vote has thawed.

Sitting between Iran, Turkey and Baghdad, the Kurdistan region is a strategic key the region. It is also a conduit for U.S. support to eastern Syria where the coalition against ISIS continues its efforts. With elections coming up the dialogue with Baghdad will be important. Acrimony and division have created a cycle of insurgency and reconstruction in Iraq since 2003. For that to finally end Baghdad should compromise with Erbil and seek to meet the region’s economic needs, including reopening its airport.

Image: A Kurdish boy stands in front of a damaged car in the northern Syrian town of Kobani January 28, 2015. Kurdish forces battled Islamic State fighters outside Kobani on Tuesday, a monitoring group said, a day after Kurds said they had taken full control of the northern Syrian town following a four-month battle. Known as Ayn al-Arab in Arabic, the mainly Kurdish town close to the Turkish border has become a focal point in the international fight against Islamic State, an al Qaeda offshoot that has spread across Syria and Iraq. REUTERS/Osman Orsal