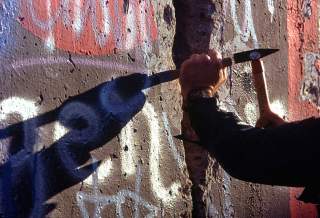 ALONGSIDE THE balance of power is a balance of ideas, and even a hegemony of ideas. Britain first rose among the European states as a champion of the Reformation and then as a voice of the Enlightenment. Germany emerged as a candidate for world-power status at the end of the nineteenth century professing a new scientific rationality and an idea of the state as a law unto itself, in the sense of reason of state. German historians of the period rejected the pretensions of British liberalism and individualism as a cover for the British drive for world supremacy. Soviet political power rose in the twentieth century as a presumed vehicle of anti-imperialism and socialism. And in the twenty-first, the United States has risen as the model of liberal democracy.

The historical argument over the merits of competing ideas has usually been decided by war, as the history of the balance of power attests. But the most recent case of a new hegemony, the victory of the United States over the Soviet Union, was a stunning exception to the rule. The greatest geopolitical catastrophe in history, as Vladimir Putin has called it, brought about the most significant shift in great-power relations that was not the product of the use of force. It was instead the result of a Soviet inventory of Communist ideas, under the rubric of glasnost. The Soviet intelligentsia took stock of its ideology and history in war and peace and, after a tortured and complex power struggle and debate, concluded that the whole experience of Communism had been a tragic mistake, “seventy years on a path to nowhere.” Communism was defeated, not so much by reasoned consideration of the case for the free market, as by a sudden and sharp disillusionment with the Soviet past.

The occasion for the inventory was the advent of new leadership in the person of Mikhail Gorbachev. So glasnost was intimately connected to the struggle to consolidate the Gorbachev regime. And as well, the process was accompanied by the prevailing sentiment, as expressed by then foreign minister Andrei Gromyko, that Soviet Russia was in need of a period of recueillement. In his student days, Gromyko had written a doctoral thesis on Aleksandr Gorchakov, foreign minister in the government of Czar Alexander II, the “Czar liberator” who freed the serfs in 1861. Recueillement comes from a phase Gorchakov once uttered in answer to a query about his quiet and almost passive foreign policy after defeat in the Crimean War. “la Russie ne boude pas,” he said, “La Russie se recueille” (Russia is not sulking; she is gathering her strength). Gorchakov explained that it would be wise for Russia to remove herself from the list of enemies of the other great powers, to erase the “Russian threat” from the minds of British and French leaders and to allow them to focus instead on their differences with each other. At the end of the Brezhnev years Gromyko, like Gorchakov, thought it was time to tone down Soviet foreign policy, which was then sponsoring revolutionary regimes on three continents, and make another attempt to return to the Nixon-Kissinger détente. In the Gorchakov tradition, which still moves Russian policy today, détente is the beau ideal of realistic relations among the two greatest powers. Bismarck and Salisbury could be imagined to be reaching for it in the 1880s, FDR and Stalin similarly at Tehran and Yalta.

Gorbachev followed Gromyko’s lead in 1985–86 and then tried to supersede him by going even further to remove the Soviet threat by perestroika. It was recueillement, perestroika, glasnost. The unstated premise was that the Soviet threat was related to its totalitarianism. To prove that the Soviets were really changing and not tricking the West, as most of Ronald Reagan’s advisers were claiming, the change must be real.

Today, almost everyone in the West who utters a thought about the fall of Soviet Communism considers that the process of perestroika led more or less ineluctably to the events that ended the regime. This is the font of most woolly suppositions about world politics. The Soviets, it is suggested, simply came to realize that they could not keep up with the West “except as a military superpower” (as if that were a small thing). Or it is also said that the Soviets realized that socialism does not work, or that they came to think it was wicked, or that they concluded it could not survive a dip in oil prices. Osama bin Laden was convinced that he brought the Soviet Union down himself with his insurgency in Afghanistan, and that he could do the same to the United States. An influential body of opinion in the United States currently entertains a prospect that something similar will occur in Xi Jinping’s China and/or Vladimir Putin’s Russia. It is a tacit assumption in the overselling of a policy of pressure. For their part, the Chinese are said to have devoted serious study to the Gorbachev reforms and the reasons for the fall, as Xi acknowledged recently. To be sure, nearly everything that has been written on it illuminates at least some part of the problem, but no one seems to think that glasnost was an important cause. It is hard to think why this should be that case. The West at least partially recognized that the Soviet Union was an “ideocracy,” a regime crucially dependent on an official ideological consensus. How could it fail to notice the phenomenon of the Soviet attempt to cleanse and reshape Soviet Communism, of ideological degeneration and the role of debate in forming opposition to Gorbachev’s critics and then to Gorbachev himself? If we take glasnost seriously as a factor, we might ask: What are the lessons of this great thought experiment? How and why did the Soviet Union think itself to death?

GORBACHEV CERTAINLY did not come to power with the idea of destroying Soviet Communism. He was not a closet social democrat, nor even a Communist with dissident ideas. Those who elected him were reasonably sure of that. He was eased into the job as general secretary in 1984 by appointment to the post of second secretary in charge of ideology, the post held by Mikhail Suslov since the Khrushchev days, until his death in 1982. Under Suslov the Soviet Union had enjoyed a long period of collective leadership and “stabilization of cadres,” which greatly assured the nomenklatura who remembered the regime of Stalin, or even the mercurial Khrushchev. Making Gorbachev the ideological secretary suggested that he would invest in the continuity of the Suslov system. Gorbachev’s salient act in the job was the rehabilitation of Vyacheslav M. Molotov, Stalin’s closest associate, who had been expelled in 1961 as too critical of Khrushchev and too uncritical of Mao Zedong. One would have thought Gorbachev to be a traditional Stalinist, at least in the same sense as Brezhnev or Suslov. When asked about this in 1986, after being elevated to the top job, he told the French Communist paper L’Humanité that “Stalinism is a concept made up by opponents of Communism and used on a large scale to smear the Soviet Union and socialism as a whole.” Nor was he particularly critical of the Brezhnev leadership. Even so, the Gorbachev broom swept clean. He made personnel changes in every corner of the state and party machinery, indeed often returning for a second pass to replace the replacements. Instead of the Brezhnev “stabilization of cadres,” it was churning of cadres.

But he did not assert that these changes were in the name of anything more than uskoreniye (acceleration), that is, “acceleration of the perfection” of the Brezhnev system. This was the watchword of the first two years of the Gorbachev period. It did not mean any substantial moves in the direction of opening up the Soviet economy. Gorbachev stressed “total independence” from other countries, “especially in the strategic areas.” The Andropov appointees in the Politburo took his measures to be in line with those of Andropov in 1982–83. When Gorbachev spoke of “de-ideologizing foreign policy” they assumed he was trying to use diplomacy in the style of Andropov or Gromyko to dilute the effectiveness of the Reagan Doctrine, which foresaw mobilizing every anti-Communist force in the world. He recognized the impasse of the Soviet military campaign in Afghanistan, but gave no hint of accepting failure there. He recognized the challenge of Reagan’s Strategic Defense Initiative for ballistic-missile defense, but insisted that the Soviets were always capable of “asymmetric response,” by which he presumably meant deploying more warheads. Uskoreniye seemed to be producing economic results, especially in the Baltic republics, and Gorbachev’s politburo colleagues had no real reason not to support his far-reaching explorations in what we would today probably call “soft power,” having as their aim a sort of Gromyko-Andropov peace offensive. When they spoke of de-ideologizing foreign policy, they had in mind mainly de-ideologizing U.S. foreign policy. But in the end, they failed to convince others and were able only to convince themselves. It was Soviet policy that was de-ideologized.