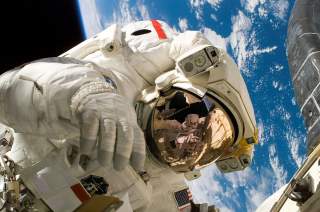 The Space Race between the United States and the Union of Soviet Socialist Republics post World War II was a tipping point in the history of mankind. This superpower race intensified the Cold War rivalry because for the first time mankind was looking to compete in the arena of space. Dominance over space and the race to outdo one another became a matter of pride for both the United States and USSR.

The Space Race didn’t just leave an impact on the area of space research, it left a wider impact in the field of technology. The technological superiority required for the dominance of space was deemed a necessity for national security, and it was symbolic of ideological superiority. The Space Race spawned pioneering efforts to launch artificial satellites. It prompted competitive countries to send unmanned space probes to the Moon, Venus and Mars. It also made possible human spaceflight in low Earth orbit and to the Moon.

The zeal the United States and USSR had to outperform one another proved quite beneficial to the progress of science. The work culture of the two superpowers was poles apart yet both were trying to be better than the other in order to become the best in the world. While the USSR had a highly centralized setup that had an impact on the source of investments in their space program, the United States, on the other hand, got private players to to invest in their space program. NASA, the premiere space research agency, was also built in 1958 during the Space Race to counter the early success in USSR in outer space.

The Space Race started with the USSR launching Sputnik 1 in 1957, which created a furor worldwide. The governments and masses were excited to see mankind taking another leap towards progress. When the human race ventured into space, it was a “paradigm shift” moment. Neil Armstrong landing on Moon is still regarded as one of the breakpoints in history and his words, “That’s one small step for man, one giant leap for the mankind,” are now one of the most quoted phrases in literature.

In a May 1961 speech to Congress, President John F. Kennedy presented his views on the Space Race when he said, “These are extraordinary times and we face an extraordinary challenge. Our strength as well as our convictions has imposed upon this nation the role of leader in freedom’s cause.”

“If we are to win the battle that is now going on around the world between freedom and tyranny, the dramatic achievements in space which occurred in recent weeks should have made clear to us all, as did the Sputnik in 1957, the impact of this adventure on the minds of men everywhere, who are attempting to make a determination of which road they should take. . . . Now it is time to take longer strides—time for a great new American enterprise—time for this nation to take a clearly leading role in space achievement, which in many ways may hold the key to our future on Earth,” he added.

The space programs of both the superpowers were not just for civilian purposes; it was as much about the military-space program. Through this, the idea was to fight the battle with the rival by displaying power without actually having to fight an actual war. At that point, the United Nations had to step in to ensure that outer space didn’t become a battleground for the superpowers.

That is when the Outer Space Treaty came into picture. The Outer Space Treaty represents the basic legal framework of international-space law. Formally known as Treaty on Principles Governing the Activities of States in the Exploration and Use of Outer Space, including the Moon and Other Celestial Bodies, the treaty bars states party to the treaty from placing weapons of mass destruction in orbit of Earth, installing them on the Moon or any other celestial body, or otherwise stationing them in outer space.

It exclusively limits the use of the Moon and other celestial bodies to peaceful purposes and expressly prohibits their use for testing weapons of any kind, conducting military maneuvers, or establishing military bases, installations and fortifications. Soviets were reluctant to sign this treaty because, in their opinion, the treaty would restrict their dominance over the United States in the Space Race. They later signed the treaty in 1967 when it was opened for signatures. To date, more than one hundred nations have become signatories to the treaty.

The Space Race didn’t have an end date and in many ways the race still continues. But the “space rivalry” ended between the United States and USSR in 1975, when the first multinational human-crewed mission went to space under the Apollo-Soyuz joint-test mission. In that mission, three U.S. astronauts and two Soviet cosmonauts became the part of first joint U.S.-Soviet space flight.

The Space Race left a legacy in the field of space research worldwide. As the pioneers of space missions, both the United States and USSR helped their allies build their space missions through the training of scientists and engineers, the transferring of technology, and by allowing other researchers to visit their space laboratories. That way, both superpowers could learn and improve their knowledge and skills related to space research.

The Indian space mission was in its very nascent stage when the Space Race was at its peak. The Indian space program owes its development and expansion to the aid and assistance of both the United States and the USSR because Indian space scientists and engineers were sent to train in both those countries. As a nonaligned country, India maintained a delicate balance between keeping good relations with both the superpowers, especially in the arena of space cooperation. As a result, the Indian Space Research Organisation went on to become one of the best space research institutions in the world.