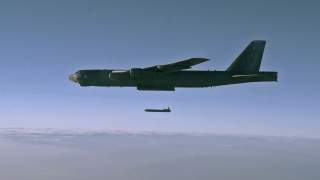 Last Monday was Women’s Equality Day, where Americans celebrate the nineteenth amendment, giving women the right to vote. The nineteenth amendment sent America down the long path towards true equality the United States is still traveling today. Granting women the right to vote allowed women to run for office, and was the foundation of the wave of women we have seen elected over the past decade. A recent group of women has gained notoriety on the Hill—among them Lauren Underwood, Elaine Luria, and Elissa Slotkin—and set itself apart as the “anti-squad.” These “centrist” Democrats has carved out a niche for themselves as fresh but respected national-security experts, a title that may not have been possible even a decade earlier.

Whether it’s their impressive national-security pedigrees, their willingness to reach across the aisle, or their success at flipping their previously red districts, when the anti-squad speaks “people listen,” said Rep. Cheri Bustos.  Even with the anti-squad’s backgrounds in organizations like the Navy and the Central Intelligence Agency, steering the ship under the Trump administration has been no easy task, and nuclear weapons have been no exception. Trump has withdrawn from the Iran Nuclear Deal, the Intermediate-Range Nuclear Forces (INF) Treaty, and has signaled he won’t seek to extend New START. He has advocated for spending $1.5 trillion on nuclear weapons over the next thirty years and proposed dangerous new weapons technologies. This administration is the first since Reagan to reverse the trend of denuclearization, yet the anti-squad has remained noticeably silent. This leaves the American people—and the globe—in a precarious nuclear situation. The anti-squad needs to step up and lead on these issues.

As seasoned national-security experts, these congresswomen have the opportunity to push for solutions that decrease nuclear tensions globally. Policies such as H.R.921, the No First Use Act, which pledges that the United States will not launch a nuclear weapon as a first strike. Moreover, Congress should cut spending on the new, and dangerous so-called low-yield nuclear weapons. The anti-squad could also help push the administration to preserve international nuclear treaties.

These conversations are crucial to decreasing the risk of nuclear war and securing the safety of the American people. As nuclear-security expert Joe Cirincione put it; “Of all of the challenges we face there are only two that threaten destruction on a planetary scale, climate change and nuclear weapons. Climate change can destroy human civilization over decades, nuclear weapons can do it in an afternoon.” The rising tide of nuclear war, one that would destroy the climate and humanity, is one that cannot be ignored.

Slotkin has called for a “strategic shift” in roles, saying the Democratic party needs to become the one of “patriotism” and the military. However, a strategic shift like the one Slotkin describes must include all policy areas, including nuclear weapons. Furthermore it requires another shift: a foreign policy that moves away from military might and towards equitable, global solutions. Good leadership rarely needs brute force, and with Democrat Adam Smith leading the House Armed Services Committee, the time is ripe for the paradigm shift Slotkin calls for. The Democratic party would do well to embrace Smith’s style of diplomatic leadership over the Republican attitude of might makes right.

Because of their unique role as foreign policy leaders and as women, the anti-squad is positioned to take on these issues. Women are a proven cornerstone of lasting peace and they are also disproportionately impacted by war. Even the Trump administration has announced an initiative to promote peace and security by empowering women. The anti-squad, national security experts turned Congresswomen, are just the type of empowered women leaders who can promote peace and security because they thoroughly understand the cost of war.

Slotkin’s idea of the Democratic party becoming the party of patriotism and military control is not off base. The Democratic party has the man, or in this case, womanpower to lead Congress on security issues—including nuclear security. As the threat of nuclear war rises globally, it is imperative that the anti-squad help lead the effort to stop it.

Tristan Guyette is a Grassroots Field Organizer for Beyond the Bomb.