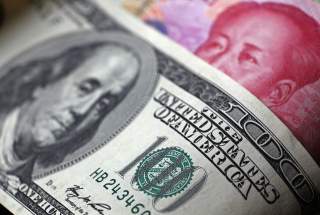 When Francis Fukuyama famously announced the “end of history” and the victory of liberal democracy and capitalism, there was reason to be hopeful. Capitalism, democracy, and all that they stood for had emerged from the Cold War victorious. But rather than the end of history, 1989 was truly only the end of volume one. And, unlike the Mel Brooks version, it appears we will get a volume two.

This was obvious to some nearly immediately. Writing for the New York Times Magazine in 1989, James Atlas suggested numerous ways that history could restart itself, one of which was “a newly industrialized China.” Good call.

Emerging from a more than century long-lull to challenge the global order, the rise of China has been an economic miracle at a nearly impossible scale.

Perhaps even more surprising, from a 1989 post–historical perspective, is the particular type of governance and economic structure that got China there. Back then, it was widely assumed that China, and everyone else, would be forced to adopt democratic and capitalistic reforms to continue its economic rise. As Soviet political scientist Georgi Arbatov pointed out, however, it was indeed a horrible thing for democracy and capitalism to have been deprived of an enemy. After all, it is hard to have converts when the proselytization ceases.

After all, China and the like would come around eventually. And that became a frequently utilized argument—notably by Bill Clinton, who was president at the time. He and other believed that China would adopt democratic and capitalistic reforms because it would be forced to do so to continue its economic rise. This was the new common knowledge; the world just worked that way.

In China’s case, a single-party power structure with more than a hint of authoritarianism pushed growth initiatives from the top, dictating the economics and growth targets. The tools used are well known to economists. Protecting industries from foreign competition is known as the “infant industry” argument, and technology transfer (more commonly known as intellectual property theft) is as old as time. It is not the economic or the political model that drove the success of the Chinese brand of development, but rather the combination of the two.

Granted, there are hints of capitalism within the development story. But there is nothing democratic about it. There are no elections, and no apparent prospects for them any time soon. Hong Kong’s semi-frequent skirmishes with the mainland are evidence.

While not identical in all respects, illiberal democracies with tighter economic controls are becoming ever more frequent. Even some of the Eastern European countries, once hailed for their transitions to capitalist liberal democracy, are sliding closer to the China model. Though most remain far removed from outright totalitarianism with a state-controlled economy, it is no longer obvious they will remain this way.

If this is the beginning of history, what are the consequences? Foremost, the United States has found its new enemy—China’s particular brand of social and economic regimes. There may not be a restarting of a Cold War between the United States and China, but a trade war is similar in many respects and more apt in others.

On the surface, the current and proposed tariffs seek to address the ominous trade deficit. But the reasoning behind the tariffs is, at least partially, based on the theft of intellectual property. More broadly they are a reaction to a viable contender to capitalist, liberal democratic order. The imperative is partly for economic gains, but also to prove there is no reason to reopen history. A wave of illiberalism and a controlled version of pseudo-capitalism is challenging capitalism and democracy as the model for the world to follow. The world will be anything but boring in the future. The first shots in this trade war are the beginning of history, if it ever truly ended.