How the Trump Impeachment Imperils the Separation of Powers 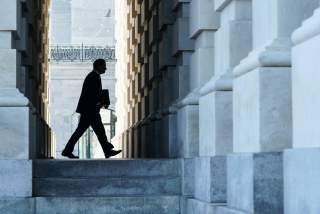 The partisan nature of the impeachment of President Donald J. Trump by the House of Representatives is nearly unprecedented. Only two of the nation’s nineteen impeachment proceedings (fifteen judicial, three presidential, and one cabinet level) match the level of intense partisan division and vitriol that has characterized the current proceeding.

The first truly partisan impeachment was that of Supreme Court Justice Samuel Chase in 1804. President Thomas Jefferson prompted his fellow -Democratic-Republicans in the House of Representatives to impeach Chase, a staunch Federalist, on grounds that he had promoted a partisan political agenda from the bench and had shown political bias in his instructions to a Baltimore grand jury while sitting in circuit.

The second intensely partisan impeachment took place in 1868, when the so-called “Radical Republicans” attempted to remove President Andrew Johnson from office. Johnson, a pro-Union Democrat from Tennessee, had been Abraham Lincoln’s running-mate for vice president in 1864 on a pro-Union platform. Upon Lincoln’s death, Johnson took office as president but soon angered Republicans in Congress by vetoing reconstruction measures. Congress overrode many of Johnson’s vetoes, but detested the president’s open defiance of the will of Congress. As dismaying as these policy differences were to Congress, they did not violate the Constitution. As with the impeachment of Trump, the vote to impeach Johnson was almost strictly along party lines with 122 Republicans voting to impeach and 45 Democrats voting against impeachment. While there were no Republican defections in the Trump impeachment, four Democrats voted for Johnson’s impeachment, and two Republicans voted against impeachment.

The major impeachment charge brought against Johnson was that he had violated the Tenure of Office Act of 1867, which seemed to be aimed at entrapping Johnson if and when he attempted to remove any of Lincoln’s cabinet members from office without Senate approval. The act inverted the Constitutional provision that high executive officers must be appointed by the president with confirmation by the Senate. For removing Lincoln’s secretary of war, Edwin Stanton, from the cabinet, without approval of the Senate, Johnson was impeached. Congress repealed the Tenure of Office Act in 1887. More significantly, the president’s exclusive power to remove executive officers was later vindicated by the Supreme Court in Myers v. United States (1926).

In both the Chase impeachment and the Johnson impeachment, members of the majority party defected to acquit the accused. Six Jeffersonian Democratic-Republicans out of thirty-four members of the Senate abandoned Jefferson in order to protect the independence of the Supreme Court. Likewise, seven Republican Senators abandoned their party to acquit President Johnson (who they detested) in order to preserve the long-term viability of the institution of the presidency.

In the Chase impeachment, University of Toronto professor emeritus, Jean Edward Smith, notes, “The House managers defined ‘high Crimes and Misdemeanors’ in political terms, holding that the . . . power of impeachment was unlimited and that it did not require proof of criminality or corruption.” Chase’s defense team responded that to be impeachable, the Justice’s conduct “must constitute an indictable offense.” The six Republicans who defected from their party to vote for Chase’s acquittal cited several factors in their decisions, but chief among them was the belief that Chase’s removal would “weaken the independence of the judiciary.” Chief Justice John Marshall, who presided over the Senate trial, would later write that he found the charges against Chase alarming to “the friends of a pure and independent judiciary.”

Impeachment in the Trump Era

Burisma was known to be one of the most corrupt companies in Ukraine, which also happened to be one of the most corrupt nations in the world. Democrats apparently believe that it is a “High Crime” for Trump to have mentioned Biden’s son, and the fired prosecutor (Shokin), and ask Zelensky if he could look into the matter. Hunter Biden was being paid a lavish salary of some $50,000 a month by Burisma to serve on its board of directors while his father served as the Obama administration’s point man on Ukraine.

Democrats assert that President Trump withheld nearly $400 million in aid to Ukraine unless Zelensky promised, in public, to look into the Burisma/Shokin/Biden matter. What the Democrats on the Judiciary Committee conveniently downplay is that Trump’s point of emphasis with President Zelensky was to find out more about alleged Ukrainian anti-Trump interference in the 2016 presidential election. The bottom line is that Zelensky never publicly promised to look into the allegations, but the $400 million was eventually released to Ukraine by the U.S. government, albeit later than Congress had found desirable.

Democrats called Trump’s request to “do us a favor,” a quid pro quo, but Zelensky himself denies that there was a quid pro quo, stating: “I did not speak with U.S. President Trump in those terms: you give me this, I give you that.”

Did President Trump have the authority to delay transfer of the $400 million appropriated by Congress to Ukraine? The Supreme Court ruled in the famous case of United States v. Curtiss-Wright Export Corp. (1936) that Franklin Roosevelt could withhold arms sold to Bolivia independently of the grant of authority that had been delegated to him by Congress, because in the vast realm of foreign affairs, “the very delicate, plenary and exclusive power of the President as the sole organ of the federal government in the field of international relations . . . does not require as a basis for its exercise an act of Congress.” The Court added that the president must be accorded discretion in foreign affairs, free of statutory restriction. Specifically, Justice George Sutherland, for the Court, wrote that “congressional legislation which is to be made effective through negotiation and inquiry within the international field must often accord to the President a degree of discretion and freedom from statutory restriction which would not be admissible were domestic affairs alone involved. Moreover, he, not Congress, has the better opportunity of knowing the conditions which prevail in foreign countries . . .”

Consistent with Curtiss-Wright, a strong argument can be made that the president properly exercised discretion concerning the timing of administering aid to Ukraine, a nation with a sordid history of corruption. Seeking assurances that the tide of corruption had been stemmed was necessary and proper. Since Burisma had become the leading symbol of Ukraine’s endemic corruption, Trump had every right to ask Zelensky about the company, and about the influence of the Bidens within the company. In questioning Zelensky, the President was exercising the type of caution and discretion that the Court had outlined in Curtiss-Wright—a legitimate inquiry in appraising whether corruption had subsided enough to warrant administration of $400 million in aid.

Meanwhile, Joe Biden has been accused by some Republicans of unethically using his White House position to have Viktor Shokin, Ukraine's leading prosecutor, fired in March 2016 at the very time he was investigating Burisma. Joe Biden’s ongoing presidential campaign has denied the allegation that he wanted Shokin fired to shut down his investigation of Burisma. Biden has stated that the real reason he pressured Ukraine to fire Shokin (by threatening to withhold $1 billion in U.S. loans) was that Shokin wasn’t being aggressive enough in his investigation of corruption.

Many observers have been skeptical about this explanation. John Solomon of The Hill reported that Shokin, in a sworn affidavit prepared for a European court said: “The truth is that I was forced out because I was leading a wide-ranging corruption probe into Burisma Holdings, a natural gas firm active in Ukraine and Joe Biden’s son, Hunter Biden, was a member of the Board of Directors.” According to Solomon, “U.S. banking records show Hunter Biden’s American-based firm, Rosemont Seneca Partners LLC, received regular transfers into one of its accounts — usually more than $166,000 a month — from Burisma from spring 2014 through fall 2015, during a period when Vice President Biden was the main U.S. official dealing with Ukraine and its tense relations with Russia.” Solomon adds that “prosecutors identified Hunter Biden, business partner Devon Archer and their firm, Rosemont Seneca, as potential recipients of money.” In May 2014, long before Shokin was fired, Adam Taylor of the Washington Post wrote: “The appointment of the vice president's son to a Ukrainian oil board looks nepotistic at best, nefarious at worst. No matter how qualified Biden is, it ties into the idea that U.S. foreign policy is self-interested...”

Congress also charged Trump with “obstruction of Congress” in the second article of impeachment for invoking executive privilege in response to congressional subpoenas –—something that Presidents Ronald Reagan, George W. Bush, and Barack Obama had all done. The House Oversight Committee held Obama’s attorney general, Eric Holder, in contempt of Congress for refusing to honor House subpoenas during the “Fast and Furious” investigation.