How Trump Should Get Ready for America's Messy Missions Abroad 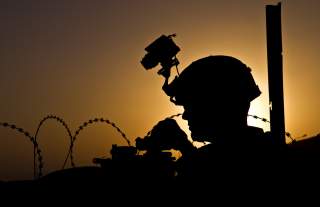 As the Trump administration prepares to take office, it will have to sort out some very basic strategic questions about what can usefully be called “messy” operations abroad. In the latter Obama years, multi-dimensional security-related missions overseas got a bad name, and we stopped preparing for them the way we did in the latter Bush and earlier Obama years. This was a mistake that the president-elect needs to correct while it is still relatively easy to do so—and before the next big tragedy strikes.

The historical trend here is not difficult to miss. Since World War II, the United States has tried to avoid the kinds of complicated wars and related overseas security operations known by such terms as counterinsurgency and stabilization missions. After World War II, we dramatically cut capabilities and were not ready for Korea (which was mostly a war, rather than a complex mission, but a different type of combat than we'd recently seen.) After Korea, we failed to see the writing on the wall and went back to preparing for high-end combat with tanks and even nuclear weapons, and thus were not ready for counterinsurgency in Vietnam.

After Vietnam, policymakers learned many lessons, but one that the U.S. government took particularly to heart was don’t fight another major insurgency abroad. After Lebanon in 1983 and Somalia in 1993, anything that smacked of “nation building” also got a bad name—and so when the Iraq and Afghanistan conflicts erupted, we weren’t ready for the range of tasks needed in either. As a result, we floundered in both places for protracted periods.

In all these cases, military forces were not trained for the tactical settings they often encountered. Diplomats and aid workers, accustomed to working in non-hostile environments, were not prepared for the kinds of collaborative efforts they needed to carry out in conjunction with the nation’s soldiers, Marines, sailors and airmen/women.

If the goal throughout our modern history was to avoid wars like these by not preparing for them, that strategy obviously didn’t work. For good reasons or not, we kept finding ourselves in such missions abroad. Nor is there any reason to think that the rest of the 21st century will see less demand for messy operations, which, when difficult, tend to require at least a limited U.S. role.  Even though the human race has never been wealthier or safer, its progress rests on what is often shaky and fragile infrastructure. Moreover, there are many more of us than ever before. At this point in the 20th century, we hadn’t yet hit two billion as a species. Today, we number almost 7.4 billion.

The planet will soon have nine to ten billion people, with many living in weak states (often in megacities that are particularly vulnerable to disruption) in a world where terrorism, weapons of mass destruction and various types of contagious diseases continue to proliferate, oceans continue to rise, and weather patterns become more extreme. Not just for reasons of humanitarianism, but for reasons of protecting ourselves against the next Ebola outbreak or jihadist attack or loose weapon of mass destruction, we need to be ready to work with other nations to restore order and stabilize dangerous situations from Asia to Africa to our own hemisphere.

Understandably frustrated by the American experiences in Iraq and Afghanistan, President Obama concluded toward the end of his first term that we should avoid such operations in the future. His conclusion was reasonable and his judgment wise—if viewed as a guide to near-term decision-making. But then Obama went further, directing his government to avoid sizing military forces in particular for large-scale stabilization missions. In other words, he directed the armed forces not even to retain the capability to do big things that extended beyond their warfighting comfort zones. The rest of the government took notice as well. What had always been fledgling efforts in the Department of State and related agencies to build up a capacity for large-scale stabilization missions were largely ended, in keeping with the president’s guidance and Capitol Hill’s ensuing budgetary directives.

Within the Department of Defense at least, the harm to our innate capacities for conducting a range of operations has not yet been as severe. The nation is still blessed with numerous senior officers and enlisted personnel who have conducted two, three, four or five tours of duty in the broader Middle East this century. Their knowledge will not go away soon, and indeed, they continue to refresh it in Afghanistan, where the United States still has 8,400 troops supporting the Afghan government’s own efforts at counterinsurgency and stabilization.

But the writing could be on the wall. Mr. Trump, even as he seeks to build up the Army and Marine Corps, could decide to streamline their missions in keeping with his desire to keep American troopers’ boots away from Mideastern sand. And he may give little heed to the other, “softer” tools of American power at State—which in fact, if properly developed and deployed, can often do a given job more effectively and inexpensively than if the same task were given to a soldier or Marine.

The Trump administration would be well advised not only to modestly augment the military’s stabilization capabilities, but also those of State and USAID. The United States no longer has a Civilian Response Corps (CRC) at the State Department; the Bureau of Conflict and Stabilization Operations (CSO) has become an administrative and policy bureau instead of an operational one. The CRC was lost when the Great Recession budget axe fell, despite the fact that Hillary Clinton's Quadrennial Diplomacy and Development Review (QDDR) had made a strategic decision in favor of keeping this capability in place and using it when necessary.

In a standard post-conflict scenario, reforming security forces and establishing the rule of law are crucial in light of the fact that conflict on the battlefield among indigenous forces tends to transform itself into competition over who gets to wield authority over military, paramlitary and police forces. Thus, civilian experts in these activities are essential. They are also essential in conflict prevention deployments. Conflict prevention is of course the key to vast savings on overseas military deployments by stopping at least some wars before they truly get going.

Our military must be able to work hand-in-hand with such State Department personnel in this transition from what is commonly known as Phase III to Phase IV of a complex (usually multilateral) operation—the stabilization phase. For example, after a successful military enforcement of the agreed terms between formerly warring combatants, the ceasefire violators will need to be rounded up and transferred to a detention facility. They will then need to be processed, and before long put through some sort of legal process. Failure in this part of the operation could jeopardize the entire peace deal.

In addition, it will be important for the new administration to revive the International Stabilization and Peacebuilding Initiative (ISPI). By the end of the Obama Administration’s first term, ISPI was being allowed to whither on the vine. Without continued U.S. leadership, the 20+ ISPI partners-—including all major American allies and the full range of top-tier international organizations—were unable to continue the vital stabilization cooperation that was occurring, including important progress towards joint training and being able to conduct joint allied civilian operations.

Once a conflict-ridden fragile state is stabilized, standard medium and long-term development aid is required for necessary progress in the areas of health, economic growth and job creation. This is where USAID personnel come in (what could usefully be termed Phase V). Done right, they can succeed with hundreds of American government personnel rather than the many thousands needed in combat. Instead, we have allowed our rapidly deployable civilian capabilities to shrink back to where they were prior to 9/11, meaning at best only a few dozen on call for rapid deployment.

The State and USAID stabilization and development aid capabilities are cheap by comparison with long-term deployments of the U.S. Army and Marines; they are also generally needed as complements to the latter in multi-dimensional security operations. Politicians on the right and the left should find ample reason to work in sync with President-elect Trump’s administration to ensure that all three capabilities are sufficiently resourced. For if they are not, and the world remains unstable—with fragile states becoming hotbeds of extremism and terrorist training—we will once again face peril, and the need to reinvent the wheel all over again.

Dr. Jeffrey A. Stacey is a former State Department official in the Obama administration, author of Integrating Europe by Oxford University Press, and is currently finishing a book entitled Rise of the East, End of the West? Michael O'Hanlon is a senior fellow at the Brookings Institution and author most recently of The $650 Billion Bargain: The Case for Modest Increases in America's Defense Budget.