How Turkey and Russia Are Reshaping the Black Sea Region 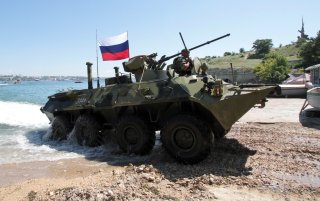 In recent years, Eurasia has become a crucial geopolitical space, where world powers define their interests through historical, social, and cultural narratives. In particular, the Black Sea region has become increasingly enmeshed in a web of overlapping political, military, trade, and energy interests of global and traditional great land powers. Due to its geographic position between several strategic ellipses, the Black Sea region allows for power projection onto the European continent, mainly in the Balkans and Central Europe, but also in the Eastern Mediterranean, South Caucasus, and the northern Middle East.

Following the collapse of the Soviet Union, the region gained additional strategic significance since it contains transport routes for Caspian, Central Asian, and Middle Eastern hydrocarbon resources to the European Union (EU). However, a remarkable transformation has been taking place in the Black Sea geopolitical setting in the post-2000 period. In recent years, the Black Sea region has become a central locus of the new West-East ideological confrontation, of the competition between orthodox Russia and the Western civilization, and a permanent area for power struggles. These developments affect the security and stability of the Black Sea region in a number of ways. Uncontrolled militarization, organized crime, terrorism, the growing influence of disinformation, and the absence of comprehensive domestic and regional peacebuilding policies make the region highly vulnerable.

While the region was largely ignored by Western policy planners since the end of the Cold War, Russia and Turkey have worked intensely to strengthen their political and economic capabilities. In fact, both countries have increased their efforts to build a new regional order that is more responsive to their respective national interests. The new regional regime is characterized by a finely balanced complementarity enabling both countries to use flexible and context-sensitive diplomatic strategies. In its current form, the Russo-Turkish complementarity model is based on the mutual recognition of spheres of influence and the willingness to make concessions for mutually beneficial outcomes. The core objective is to craft common rules for better managing the overall relationship, as well as regional dynamics and priorities. This strategy is accompanied by efforts from each country to develop strong and robust national economies. Both countries have reached different levels of development in recent years. However, they have become influential powers by continuously expanding their military and economic posture, matching it with an assertive information campaign and uncompromising rhetoric.

A particularly conspicuous element of the Russo-Turkish adjustment strategy is to prevent the increase of Western influence in the region. More precisely, both countries perceive themselves as regional superpowers and see the Black Sea region as a crucial part of their foreign policy discourse. After the collapse of the Soviet Union, Ankara was seen by Western partners as a counterweight against Russia and seemed to be the only power that was able to resist Russian moves in the Black Sea region. Western-led liberals generally believed that Ankara would shape the security profile of the region and thereby increase future Western dominance. However, shifting geopolitical processes after 2007 brought forth quite unexpected dynamics in Turkish foreign policy. Russia’s aggressive comeback in 2007, the accession of Bulgaria and Romania to the EU while Turkey’s accession talks with the EU repeatedly ended in a deadlock, and new NATO enlargement plans that were announced during the Bucharest Summit in 2008 encouraged a strategic recalibration in Ankara. Turkey, with its historic ties and the longest coastline among littoral states in the region, has started to pursue an active policy of creating a conscious Black Sea regionalism. It has taken a leading role by initiating various formations. After the 2008 Russo-Georgian War, President Erdogan initiated the Caucasus Stability and Cooperation Pact with Russia and South Caucasus countries. Nevertheless, the lack of regional conceptions, Russia’s dominance, and Turkey’s limited foreign policy tools have so far made it impossible to regionalize the Black Sea region. It was remarkable that Western partners were excluded from this format. By doing so, Ankara sent a clear message to its Western partners that it preferred to define the regional security architecture together with Russia.

This trend became once again obvious during the conflict between Armenian and Azerbaijan over the Nagorno-Karabakh region in 2020. In order to secure a place in the southern Caucasus, Ankara negotiated directly with Russia about future peacebuilding initiatives and undermined the role of the OSCE Minsk Group which had been the only international peacebuilding dialogue format in the conflict.

Despite diverging interests in Syria and other serious disagreements, Turkey and Russia have tread carefully in recent years so as not to damage their common tandem in the Black Sea region. They have even found each other in a new field. Since the military coup attempt in 2016, Ankara had significantly recalibrated its understanding of national security culture. Both countries now share the conviction that the liberal society and Western-led democratic elements threaten national security. This attitude has been translated into strong repressive internal policies that have a huge impact on foreign policy discourse. This manifested itself in the reproduction of an aggressive Russian policy course in Turkish foreign policy strategy. In recent years, President Erdogan has moved aggressively to demonstrate that Turkey sees itself as the preeminent political and military power in the Middle East and the Black Sea region. Turkey is moving away from the pro-Western Kemalist ideology to an autocratic neo-Ottoman expansionist nationalism. Turkey’s aggressive behavior in the Azerbaijan-Armenia conflict in 2020 and the demonstration of the growing defense industry made clear that Turkey seeks to be a central player in the region rather than a bridge between East and West or an exponent of the collective West.

Turkey’s recent decision to reject Sweden and Finland’s NATO membership applications by arguing that both countries support “terrorists,” namely the Kurdistan Workers Party (PKK) militant group and the Syrian Kurdish YPG which it views as closely connected to the PKK, is a sign of the ideological and political rift between Ankara and its Western partners. Turkey’s objection needs to be situated within a larger context, namely in the Russo-Turkish tandem. Another element of Turkish strategy is its unclear course with regard to the Ukraine war. While Ankara supports Ukraine's territorial integrity, it continues to keep the door open for Russia.

Over the few past years, the West has obviously underestimated these changing political dynamics in the Black Sea region. The political debate in the United States and Europe towards the region was primarily focused on Russia’s aggressive narratives. However, the West’s strategy needs a radical rethink and a clear response to the ideological convergence between Russia and Turkey. They have to define their key narratives towards the new geopolitical situation and the impact of the growing cooperation between Moscow and Ankara. In particular, the partnership with Turkey requires new perspectives and a new understanding of trust and reliability.

Dr. Shushanik Minasyan is DAAD Post-Doctoral fellow at the Henry A. Kissinger Center for Global Affairs at the Johns Hopkins School of Advanced International Studies (SAIS) and Post-Doctoral research associate at the University of Bonn in Germany.