How Ukraine Prepared Itself for Total War 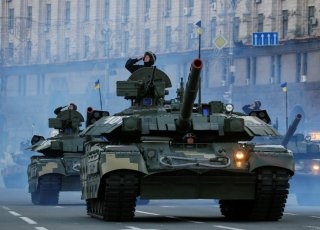 Before the war, opinions were divided on whether Ukraine’s military reforms had succeeded. Some analysts saw them as a failure. Others, while acknowledging their shortcomings, believed they were successful enough for Ukraine to inflict serious pain on an invading Russian force. The latter seems to be borne out. While Ukraine’s military remains vastly outgunned by Russia, the change in strategy and reforms undertaken since 2014 have succeeded in creating a military and society capable of taking a total war footing. Whether this will ultimately be enough to repulse Russian forces remains to be seen, but it has already demonstrated its effectiveness and decisively reversed the trend of an ineffectual and toothless military from before 2014.

Samo Burja is the Founder and President of Bismarck Analysis, a consulting firm that investigates the political and institutional landscape of society. He is also a Research Fellow at the Long Now Foundation, where he studies how institutions can endure for centuries and millennia, and a Senior Research Fellow in Political Science at the Foresight Institute, where he advises how institutions can shape the future of technology.