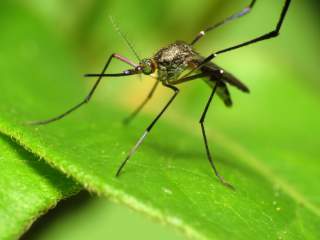 In 2009, President Barack Obama together with Secretary of State Hillary Clinton launched the U.S. Science Envoy Program following a landmark “new beginnings” speech in Cairo. I sat down with the White House and State Department U.S. Science Envoy, Dr. Peter J. Hotez, to highlight how links between disease and conflict could affect U.S. Middle East policy in the coming years.

In 2014, West Africa experienced the world’s largest Ebola virus outbreak. For two years, the poverty-stricken countries of Guinea, Sierra Leone, Liberia and Côte d’Ivoire were ravaged by the disease, leading to over eleven thousand deaths and cementing the 2014 outbreak’s deadly place in history. During the epidemic, global attention was largely focused on preventing the spread of the Ebola virus. Less reported was how an entire subregion of Africa became so susceptible to the rapid spread of a catastrophic disease. While poverty is a well-known driver of disease, its links with another potent driver are often ignored by the foreign-policy community— conflict.

West Africa’s decades-long history of intertwined conflicts and its devastating effects—weak government institutions, faltering health services, forced human migration, environmental degradation and failed development—created the perfect storm of conditions for an outbreak of a catastrophic infectious disease. Unfortunately, new information from the U.S. Science Envoy of the White House and State Department, Dr. Peter J. Hotez, indicates that the same cycle of conflict and political and economic instability is now taking place in the Middle East and North Africa (MENA) and with it a similar breakdown in health infrastructure, creating the breeding grounds for another potential epidemic of infectious disease.

Infectious diseases have emerged as one of many nontraditional security challenges facing the world in the twenty-first century. The Ebola outbreak illustrated the frightening efficiency of a transnational threat that cannot be deterred, coerced or compelled by a nation-state or the international community. It also illustrated how unprepared the international community was to counter the outbreak because no viable vaccines and medications existed at the time. A mere year after Ebola, the outbreak of the Zika virus in the Americas—a disease that also has no vaccine—has demonstrated that developed countries around the world remain unprepared.

While most infectious diseases, particularly tropical diseases, habitually affect disadvantaged populations in underdeveloped and conflict riddled regions, modern-day air travel and human migration can facilitate the spread of infectious diseases to developed regions and beyond, creating an international health crisis and making it an issue the developed world should no longer ignore. An unstable MENA region could serve as ground zero for such an impending health crisis.

Therefore, alongside a vigorous implementation of conflict-resolution measures, the United States and other major powers should invest in a foreign policy that incorporates preemptive and preventative health measures when addressing unstable regions vulnerable to infectious disease. Advances have recently been made in the nonprofit sector to develop countermeasures (i.e. vaccines) outside of the profit-driven pharmaceutical market; however, a government-centric approach should also be considered.

Conflict and Disease in Sub-Saharan Africa

Towards the end of the twentieth century and the beginning of the twenty-first century, scientists began noting links between conflict and the emergence of infectious disease epidemics in sub-Saharan Africa. Particularly dominant were a group of diseases that prevail in tropical and subtropical conditions in regions with high levels of poverty, known as neglected tropical diseases (NTDs). These diseases are considered neglected because impoverished populations are generally afflicted with these diseases, many of which are preventable, but fail to reach a global level that would, therefore, concern developed societies where the bulk of the world’s pharmaceutical companies reside. Consequently, NTDs remain virtually unknown to the average citizen and appropriate vaccines remain undeveloped. Examples of neglected tropical diseases listed by the World Health Organization include, but are not limited to: Chagas disease, Dengue and chikungunya fevers, leishmaniasis, schistosomiasis and Human African trypanosomiasis, colloquially known as “sleeping sickness.”

According to Dr. Hotez, an internationally recognized physician and scientist in NTDs who also serves as Dean of the National School of Tropical Medicine at Baylor College of Medicine (and is president of its nonprofit affiliate, the Sabin Vaccine Institute while serving as a Fellow in Disease and Poverty at Rice University’s James A Baker III Institute for Public Policy), “During the 1980s and 1990s the wars in Sudan helped promote the emergence of kala-azar— leishmaniasis—which killed an estimated one hundred thousand people, ten times more than Ebola did.” In addition to Sudan, Angola’s decades-long civil war and the first and second Republic of Congo civil wars gave rise to “sleeping sickness”—a parasitic infection from the tsetse fly—in the 1990s, leading to what many believe to be hundreds of thousands of deaths. The official numbers remain unknown due to the epidemics going unreported because of a lack of reporters and health professionals in the conflict zones. However, scientists suspect that poverty and conflict created the ideal conditions for the emergence of these diseases.

It was not until the well-reported 2014 Ebola outbreak in West Africa, and the accompanying fear of the disease going global, that world leaders took note of the risks presented by infectious diseases rapidly crossing borders.

As in Angola, Sudan and the Congo, countries in West Africa were also devastated by years of violent conflict and civil strife. Between 1989 and 2003, Liberia was consumed by two civil wars, directly contributing to Sierra Leone’s eleven-year civil war from 1991 to 2002. Guinea felt the effects of these conflicts and had its own bouts of political instability—violent border incursions from Liberia and Sierra Leone, and a coup in 2008. Furthermore, Côte d’Ivoire had two civil wars between 2002 and 2011.

Together, political violence and instability in the subregion led to over five hundred thousand deaths and the weakening of state institutions. In 2013, the year before the Ebola outbreak, the United Nations Development Programme (UNDP) ranked Côte d’Ivoire 171, Liberia 175, Guinea 179 and Sierra Leone 183 out of 185 countries in terms of development. West Africa’s post-conflict environment of underdeveloped economies, collapsed health infrastructure and unstable political institutions set the stage for the emergence of a catastrophic disease. Once Ebola struck in 2014, local governments were unable to adequately respond to the epidemic and the disease infected over twenty thousand people.

The Next Global Disease Zone

Today, as Hotez points out another region is beset by similar ongoing conflicts: the Middle East and North Africa (MENA). Wars in Syria, Iraq, Yemen and Libya have left large portions of each state in devastation and without a workable health infrastructure. All have experienced a collapse of state authority, subsequently leading to a reduction in local governments’ ability to effectively respond to basic health needs, let alone a health crisis. As in West Africa, conflict has left the MENA region ripe for the emergence of human diseases on a regional scale.

In Syria, government forces, using air strikes and barrel bombs, have deliberately targeted health care facilities, food sources and homes in areas under opposition control as a form of punishment. Additionally, Russia’s military intervention on behalf of the Syrian government in 2015 saw the use of “scorched earth tactics” to repress the insurgency. Utilizing air strikes, cruise missiles and artillery, Russia pummeled rebel-controlled areas, destroying health facilities and leading to accusations of war crimes. The World Health Organization estimates that 58 percent of public hospitals and 49 percent of primary health centers in all of Syria are either destroyed or partially functional. In the northern Syrian city of Aleppo alone—under semisiege conditions since 2012—air strikes have destroyed the majority of hospitals. Since the beginning of the conflict, more than six hundred doctors, nurses, pharmacists, dentists and paramedics have been killed in Syria.

The systemic destruction of health facilities, lack of healthcare professionals and sheer level of environmental degradation in Syria’s civil war has allowed a resurgence of infectious diseases such as cutaneous leishmaniasis (CL), better known in Syria as “Aleppo Evil,” a disfiguring NTD of the skin transmitted through sand flies. And in the absence of vaccination drives, polio, measles, malaria and tuberculosis have also reemerged.

Research in PLOS reveals that “Aleppo Evil” has been endemic in Syria for centuries. The Syrian government struggled to contain the disease in the past, but Syria’s prolonged civil war destroyed the progress that was made and led to an unprecedented level of forced human migration (the worst refugee crisis since World War II). A shocking 6,563,462 internally displaced Syrians and another 4.5 million externally displaced Syrians have helped spread cutaneous leishmaniasis from its traditional hotspots in Aleppo and Damascus to other urban and rural environments in Syria and the refugee camps of Jordan, Turkey and Lebanon.

Yemen faces a similar situation. Already the region’s poorest state, Yemen has been under constant bombardment by a Saudi-led coalition since 2015 to remove a rebel group known as the Houthis who captured the Yemeni capital of Sana’a and strategically located city of Aden in the south. The conflict has exacerbated the country’s already precarious economic situation, destroyed its infrastructure and displaced 2.5 million people. A 2015 report on Yemen’s health situation states 8.4 million people have no access to health care and seventy-five thousand children are expected to contract vaccine-preventable diseases. Notably, an average of ten thousand new cases of cutaneous leishmaniasis, an NTD, have been reported in Yemen each year. Scientists are concerned that Yemenis fleeing the violence could bring the neglected tropical disease across the border to Saudi Arabia where one of the world’s largest religious pilgrimages occurs on a yearly basis: the Hajj, a perfect mechanism to spread an NTD globally. This has happened before, when travelers to Mecca helped promote the emergence of Dengue fever in the Arabian Peninsula in the 1990s.