How Washington Can Influence the Outcome of Protests in Iran 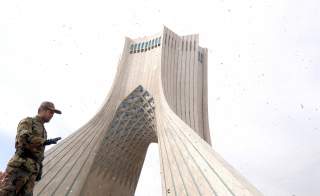 These are heady days in Iran. For more than a week now, thousands of Iranians have rallied publicly against their government, demanding accountability, transparency and an end to the repressive clerical status quo. In the process, they have presented Iran’s radical theocratic regime with one of the most profound challenges to its authority since the 1979 Islamic Revolution.

On the surface, the protests are reminiscent of the groundswell of popular discontent that erupted in the summer of 2009, following the fraudulent reelection of Mahmoud Ahmadinejad to the Iranian presidency. However, there are clear signs that today’s rallies are more broad-based than the unrest of 2009 ever was. There is also compelling evidence that they are being propelled by different factors, like widespread discontent over poor domestic economic conditions and the opportunity costs of the regime’s expanding regional adventurism. These features, in turn, could make today’s protests more persistent and resilient than their predecessors.

In this ferment, Washington has an important role to play. Obama-era officials have been quick to counsel silence from the new administration, lest American involvement be seen as interference. But these recommendations miss a crucial point: the United States is no disinterested bystander. The United States has both a moral and strategic interest in Iranian freedom, and in seeing the world’s leading state sponsor of terrorism transform into a more constructive regional actor.

With this in mind, the Trump administration would do well to focus on three concrete ways by which it can help Iran’s protests flourish.

Much like political activists behind the Iron Curtain drew inspiration from America’s backing during the Cold War, Iran’s opposition today needs to know that the United States is engaged and on its side. That didn’t happen the last time Iranians took to the streets, in 2009. Back then, the Obama administration, eager to reach some sort of an accommodation with the Iranian regime, remained largely silent about the unfolding ferment within the Islamic Republic—something that demoralized Iran’s democrats and emboldened the regime in its response to them. Today, the Trump administration’s first priority should be to avoid the same outcome.

Fortunately, when it comes to outreach to Iran, the United States has a potent tool at its disposal. With an estimated combined audience of more than fourteen million Iranians (or nearly 20 percent of the country’s total population of 82 million), the U.S. government’s official Persian-language television and radio outlets—the Voice of America’s Persian News Network and Radio Farda—can be a potent voice in support of Iranian freedom. But that voice is only powerful if administration officials make it a priority to appear on VOA’s airwaves and consistently communicate their backing for Iran’s protesters and their political aspirations. (A secondary—and not insignificant—benefit of such sustained governmental attention would be to ensure that these broadcasters, which have come under criticism in the past for their programming, do a better job of communicating the current administration’s policies and priorities.)

The Iranian regime relies on a number of key institutions to preserve its draconian hold on power. These entities (chief among them the elite Islamic Revolutionary Guard Corps, its feared Basij domestic militia, and assorted informal pressure groups) have been directly responsible for regime repression in the past, and they represent the tip of the spear of the Iranian government’s response today. The United States can and should use both existing human-rights measures and newly expanded legal authorities to target the leadership of those organs—many of whom are prominent personalities within the Islamic Republic—as a way of ratcheting up the costs of repression to key regime figures.

Foreign firms, too, should be put on notice. As experts Mark Dubowitz and Daniel Shapiro have noted, there is already legislation on the books giving the White House the authority to sanction “global entities that supply the Iranian regime with tools of repression and censorship.” These provisions should be utilized prominently by the administration in order to communicate a clear message: if you provide the Islamic Republic with equipment that is subsequently used to quash dissent (from water cannons to rubber bullets to military hardware), you will face concrete economic penalties from the United States.

One of the Iranian regime’s most immediate responses to the current protests was to impose restrictions on the Internet, and to shut down a variety of social-media platforms (including Twitter, Instagram and Telegram). There is good reason for this; the 2009 “Green Movement” used the Internet and social-media platforms extensively to coordinate its actions and communicate its messages to the outside world, and the Iranian regime is eager to prevent precisely this sort of activity among today’s protesters.

The United States, on the other hand, has a vested interest in keeping those lines of communication open. It therefore needs to work with adjoining nations (such as Azerbaijan and Iraq) to expand the coverage and range of their local Internet service providers so that Iranians can gain access to the World Wide Web despite regime restrictions. Washington should also use its extensive media and messaging capabilities to disseminate credible, verified video footage from within Iran to Western news outlets as a way of amplifying popular understanding of, and support for, events taking place there.

Will Iran’s new uprising succeed? It’s still far too early to tell. The challenges facing Iran’s protestors are daunting, and the country’s entrenched clerical elite cannot be expected to cede power quietly. Nevertheless, as the foregoing suggests, there are concrete things the United States can and should do in order to ensure that these forces have a fighting shot. But there is no time to waste.

Image: An Iranian soldier stands guard during a ceremony marking the 37th anniversary of the Islamic Revolution, in Tehran February 11, 2016. REUTERS/Raheb Homavandi/TIMA