How Will Iran Respond to the Threat of Force? 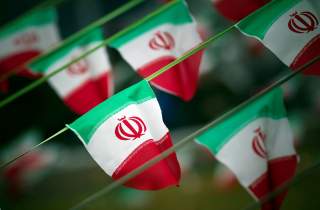 Iran is following the playbook that Russia drew upon in Ukraine and China employed in the Spratly Islands. These involve a form of salami tactics—making aggressive moves that advance their cause, but stay below the level that would serve as a casus belli for the challenged party. Russia used troops who removed their insignia and declared themselves as volunteers or Russian-speaking Ukrainians. China used fishing boats and weather observation vessels, but not it’s navy. Iran first maintained deniability (when it bombed oil tankers) and then claimed that the drone was operating in its airspace. Tehran is emboldened because President Donald Trump not only called off a strike at the last moment—but previously undermined a way to test Iran’s resolve.

President Trump is such an accomplished disrupter that he keeps disrupting his own disruptions. Recently, U.S. military forces were aligned to test a strategy that I have advocated ever since I spent ten days in Iran (as a guest of the reformers). In essence, the strategy is based on the notion that merely marshaling military power will suffice to bring Iran to the negotiating table, ready to discuss not only curbing its nuclear ambitions but also its missile program and its interference in the affairs of other nations.

I based this strategic notion on two observations. First, all over Iran, I saw shrines to the million young people killed during an eight-year war with Iraq, which Iran lost. In talking with Iranians of various walks of life, I found that this war left a searing effect on their collective psyche, at least as strong as 9/11 had on the Americans psyche. They abhor war.

More telling is what happened when the United States easily defeated Saddam Hussein in 2003, and major voices in Washington sounded as if Iran was next in line. (Iran and North Korea were the only other nations that were placed alongside Iraq as states labeled “the axis of evil.”) The mere threat of force led Iran to send urgent messages that it was keen to sit down with the United States to negotiate and, furthermore, that everything was on the table. The Bush administration deflected this overture because it sought regime change. Nevertheless, Iran stopped developing its nuclear weapons—until May 2005, when it became evident that the United States was running into great difficulties in holding its own in Iraq.

True, many Iranians (and many others) believe that the United States has no stomach for another war in the Middle East. However, this view is based on a misconception, namely that the United States failed in Iraq and Afghanistan as it did in Vietnam. Actually, the United States won the war in Iraq and Afghanistan easily, in a few weeks, with rather few casualties. What it lost and continues to lose is a futile nation-building drive that seeks to turn these nations into stable democracies and Western allies. However, defanging Iran does not entail repeating this mistake; there is no reason for the United States to send troops into Iran or engage in rebuilding it. The mere threat of force, and perhaps some limited bombing, is expected to suffice to bring Iran to its senses. This thesis was about to be put to the test—until Trump undermined it.

On May 5, the United States announced that it was rushing an aircraft carrier strike group, led by the USS Abraham Lincoln, and a bomber task force to the Middle East. On May 14, the DOD let it be known that 120,000 troops may be on their way to the region. However, before the effect of this force buildup could be tested—Trump disturbed the test by repeatedly announcing that he does not want war with Iran. And he repeated the fantasy that the conflict could be resolved by him sitting down with Ayatollah Ali Khamenei to settle all differences. Iran declared with great relief that Trump was not siding with his advisers that, according to Tehran, are trying to drag him into a war.

I should add that one other factor was in place that was essential for testing the thesis that Iran has no taste for war: the declaration that the United States is not seeking a regime change—but merely changes in behavior. Most times, one cannot expect to negotiate with a government if one of the conditions of the negotiations is that it will give up power. Surely Iran’s leaders, who believe that God instructed them to set up an Islamic republic, are not about to give up on their number one reason for holding on to power.

The net result is that future threats by the Trump administration will have no credibility. Hence, sadly, force will actually have to be employed—hopefully on a very low scale—before Iran’s resolve can be tested and U.S. credibility restored.

Amitai Etzioni is a University Professor and Professor of International Affairs at The George Washington University. His next book, Reclaiming Patriotism, will be published by University of Virginia Press this summer.