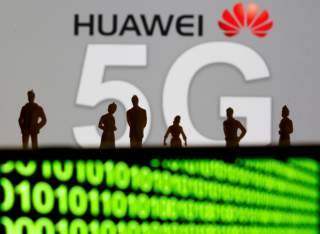 The news that the United States has put Huawei on the Entities List comes as the Henry Jackson Society publishes a report on the prospect of including Huawei into the United Kingdom’s build of 5G. I coauthored this report alongside Member of Parliament Bob Seely and Professor Peter Varnish. My job was to look into claims around Huawei’s place within China’s foreign-policy strategy. We have all seen claims around it being too close to the PLA or China’s security services, but were they actually true? Were these claims just an overly-protectionist America seeking to discredit a successful Chinese tech competitor to Apple and Silicon Valley? This whole discussion took place in the wake of a UK National Security Council meeting in late April, during which time—if the Telegraph newspaper is to believed—the council decided that Huawei could take part in a limited part of the UK’s 5G network.

Our findings were absolutely clear: Huawei was constrained, influenced and directed by the Chinese Communist Party and Chinese state in a multiplicity of ways.

Like all tech companies in China, Huawei is under pressure to closely track the Five Year Plan and other economic strategic documents like Made in China: 2025 and its successor document, the Made in China 2025 Key Area Technology and Innovation Green Book. As a result of adhering closely to the innovation targets set by the state—such as artificial intelligence, quantum computing, and telecommunications—Huawei has been able to benefit from large grants from state research funding bodies.

Huawei has also been at the forefront of China’s “going out” policy for its high-tech national champions. Its superb market growth of 3 percent to 46 percent in Asia from 2010 and 17 percent to 30 percent in Europe are the combined product of its commercial strategy paired with the state support and funding that China uses as the spear-point in its Digital Silk Road strategy. The United States has claimed Huawei’s credit line is £77 billion.

Like all tech companies, Huawei will be increasingly under pressure to work closely with China’s military-industrial complex because of the Civil-Military Fusion policy, championed by Chinese president Xi Jinping. The policy promotes tech firms to co-develop military and dual-use technologies with China’s People’s Liberation Army.

Given the fact that Huawei’s founder Ren Zhengfei was once an engineer in the PLA, it’s no surprise that Huawei was instrumental in building the military network in China in the 1990s. This gave the company direct links to the military leadership that have enabled it to maintain a special status in procurement, which are highly unusual for a private company in China.

There are two avenues for China’s Communist Party to influence the Huawei leadership. Most obviously is the fact that Ren and many of the company’s leaders are all CCP members, but also because of the Party Committees established in the company. According to ASPI, contributing authors to the HJS report, there are twelve thousand CCP members with three hundred party branches set up within the company by 2007.

While Huawei claims to be a private company, it has a shareholder scheme, which some people say makes it employee-owned. However, actual ownership seems to be held by a smaller company called Huawei Investment and Holding. This, in turn, is owned by Huawei Investment and Holding Company Trade Union Committee. Like all trade unions in China, the committee is under Communist Party discipline, with trade union officials being appointed to their posts by the state, drawing government-scale salaries from China’s treasury.

With all these data-points, it was clear to us that the government’s decision to allow Huawei into the UK’s critical digital infrastructure was carried by a narrow margin, on a narrow technical risk assessment system, which simply did not look at wider risks. Even if Huawei wanted to be independent from the Chinese Party State or wished to ignore Chinese intelligence laws, which require it to collaborate, or even if the company did not want to work closely with China’s military-industrial complex, it couldn’t avoid such a fate.

Thus, the question must be posed to Prime Minister Theresa May once more: do we want an entity so close to a potential strategic rival in our sensitive digital infrastructure?

Our answer is no. We don’t.

Dr. John Hemmings is director of the Asia Studies Centre at the Henry Jackson Society and an adjunct fellow at the Centre for Strategic and International Studies. He is based in London.