Hungary and the New Reactionary Vanguardism 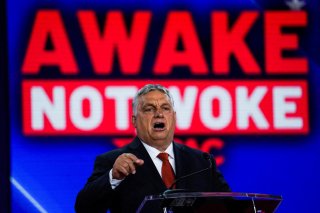 THE BRITISH historian AJP Taylor believed that there was a unique historical contradiction in Hungary, claiming that the “strongest resistance, culminating in revolt, came in Hungary, where the claim to traditional rights gave a spurious air of liberalism to the defence of social privileges.” As a result, the Hungarian system was a compromise, where a blend of agrarian conservatism thrived with the traditional nationalist instinct of mid-nineteenth-century liberalism, positioned amidst surrounding imperial actors. “The central event in the history of Hungary in the nineteenth century was the compromise between the magnates and the lesser nobility; this was the essential prelude to the compromise between Hungary and the Habsburgs, which preserved the antiquated social order in Hungary until the twentieth century,” Taylor wrote, adding that “middle class, the lesser nobility, existed only in Hungary; and in Hungary the intellectuals, even if Slovak or Rumanian by origin, could become ‘Magyar’ like the gentry.”

This realism in Hungary is historical, and the country’s history helps shed some light on this unique blend of political reaction and narrow national interest. Hungary has long been an outlier surrounded by changing and fluid political actors—a rebellious but simultaneously reactionary holdover amidst a sea of imperial progress, where imperialism was often paradoxically the liberalizing progressive force, favoring industry as opposed to an agrarian localized lesser nobility.

One of the most visible features of Hungary’s reactionary governance is that it positions itself against a predominantly liberal-imperial officer class (in this case, from the European Union), which is more cosmopolitan, and overtly opposed to any nationalist or homogenous centrifugal force—thereby making the imperial edifice increasingly more authoritarian. The European Union (EU) has often been likened to the Austro-Hungarian Empire, and the same internal dynamics of political reaction from the days of the Habsburgs are still visible in central Europe—just in newer forms.

This particular form of political governance constitutes a form of “reactionary vanguardism.” Similar to every interesting (and influential) new social movement that is often a study in contradictions, conservatism in Hungary is at once historical with philosophical continuity, while novel in form. It is debated and implemented by a vanguard party with a determined cadre, but towards reactionary ends. This vanguardism is liberalizing (so to speak) and defies supranational—and often imperial—politics originating from both Brussels and Washington, but it is also against a certain version of social progress which is brought on by the same supranational and imperial top-down measures. It is, just as AJP Taylor once noted, a study in contradictions.

ENTER VIKTOR Orbán, whose very specific model of reactionary governance provides an example of what such a reactionary system might look like in operation and administration. For the ascending global post-liberal “New Right,” Hungary is what Sweden has been to neoliberalism, feminism, and democratic socialism: a functioning model. As recently as in May 2022, the Conservative Political Action Conference (CPAC) hosted its first international conference in Budapest. Theoretical analyses of this new emergent form of political reaction, however, are sparse. Political scientist Dorit Geva categorized it as Ordonationalism, or a form of authoritarian and hyper-nationalist neoliberalism. But that is merely a descriptive term, and does not lend much analytical or historical validity, nor does it explain Orbán’s much-vaunted family bursary programs—which are most definitely opposed to all tenets of neoliberalism. In a speech given to students in 2014, Orbán declared:

What is happening in Hungary today can accordingly be interpreted by stating that the prevailing political leadership has today attempted to ensure that people’s personal work and interests, which must be acknowledged, are closely linked to the life of the community and the nation, and that this relationship is preserved and reinforced. In other words, the Hungarian nation is not simply a group of individuals but a community that must be organized, reinforced and in fact constructed. And so in this sense the new state that we are constructing in Hungary is an illiberal state, a non-liberal state. It does not reject the fundamental principles of liberalism such as freedom, and I could list a few more, but it does not make this ideology the central element of state organization, but instead includes a different, special, national approach.

That was arguably the first, but not the only or last time, that Viktor Orbán elucidated on a new form of government. On one hand, it is a system that is somewhat statist in shaping the levers of politics, the judiciary, and resources. On the other hand, the party in question is distinctly socially conservative in outlook and reactionary in tactics and approach. Non-academic literature and pop journalism also neglect the internal contradictions of a reactionary-but-vanguardist system and fail to explain Orbán’s popularity—as well as the rise of post-liberalism elsewhere in the West. In that regard, Hungary is somewhat considered a model, where a version of “National Conservatism” is currently being implemented and institutionalized (at least, according to Balázs Orbán at the November 2021 National Conservatism Conference in Orlando, Florida).

There is, of course, no one comprehensive theory of reactionary politics—much less a reactionary organizing principle or theory of governance. Within the Anglosphere, the National Conservative movement that has emerged in the United States and the United Kingdom post-2016—which is especially focused on harnessing state power—has gradually devolved into two camps. The first is post-liberals disaffected with the current form of liberalism, mostly focused on free speech and the cultural revolution, who argue that real liberalism has never been tried and progressivism is a deviation from liberalism. The second consists of the true reactionaries, primarily focused on power transition and governance, who claim that progressivism is a natural and logical endpoint of liberalism. In continental Europe, while there has been a steady increase in right-wing politics, those on the Right are far from united, nor do they possess a coherent set of principles or even a unifying worldview.

Furthermore, the war in Ukraine jeopardized all political alignments, with Hungary finding itself on the side of a pragmatic and status-quo favoring Germany and France, while Poland finds itself alongside the hyper-liberal Baltic states and a post-Brexit Britain pushing further brinkmanship in Europe (at no cost to itself). Immediately prior to the 2022 Hungarian election, Orbán channeling an arch-realist sentiment proclaimed:

We’re caught in the crossfire between major geopolitical players: NATO has been expanding eastwards, and Russia has become less and less comfortable with that. The Russians made two demands: that Ukraine declare its neutrality, and that NATO would not admit Ukraine. These security guarantees weren’t given to the Russians, so they decided to take them by force of arms. This is the geopolitical significance of this war. The Russians are redrawing the security map of the continent. Russia’s security policy vision is that, in order to feel safe, they must be surrounded by a neutral zone. Hitherto they’ve seen Ukraine as an intermediate zone and, having failed to make it neutral by diplomatic means, they now want to make it neutral by military force.

IS ORBÁNISM a theoretically sound and coherent enough ideology that can survive and spread, either by adaptation or imitation, in the Anglosphere? At the time of writing, Orbán was facing enormous and ever-increasing pressure from centralized European institutions as well as individual progressive parties based in the western EU core—even after winning at home for the fourth time. While the Ukraine war resulted in absurd coalitions, the greater structural challenge of the EU remains the same. Outside of the war, a progressive bloc is forming within Europe: a centralizing ideological movement that prefers continent-wide campaigns against “far-right” groups, as well as actively funding and promoting abortion and LGBTQ rights in Poland and Hungary. The Hungarian government courted conservatives in the United States, but on the other hand, partly as a reaction, also was the only EU country not invited to the touted Democracy Summit in the United States. Recently, Hungarian foreign minister Péter Szijjártó complained that Hillary Clinton’s remarks regarding the Democracy Summit proved that “the event has a domestic political character, with invitations withheld from countries whose leaders had good ties with former President Donald Trump…We need nobody to judge the state of Hungarian democracy as if in a school exam.”

Of all the core tenets of Orbánism, the ideas of foreign policy and control of the domestic narrative are the two most important. In his speech at CPAC in Budapest, Orbán mentioned this winning combination. “Progressives always think that foreign policy is a battle of ideologies: a battle between good and bad, in which the course of history will be decided once and for all,” Orbán said. “We need foreign policy based on our interests. Russia is the aggressor, and Ukraine the victim. But at the same time we know that Ukraine is not defending Hungary.” But how to promote this narrow national interest and realism, amidst a sea of progressive internationalism?

Dear friends, we must have our own media. We can only show up the insane ideas of the progressive Left if we have media that helps us to do this. Left-wing opinions only appear to be in the majority when the media helps to amplify them.