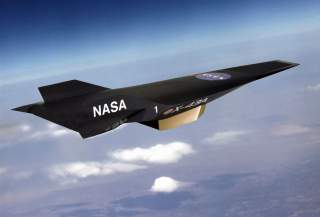 Almost every day now, the New York Times comes out with a new front page article about China. The Middle Kingdom is simultaneously plundering the developing world, oppressing internal minorities, and hacking American companies. The Chinese economy is said to be in dire straits due to vast mismanagement, and the country is generally portrayed as on the brink of total meltdown. The editorial staff is fascinated by China’s shortcomings and appears to be intent on stoking the “New Cold War” by painting Beijing as the capital of the new “Evil Empire.” Such a torrent of reproach may have the impact of making the American public burn red hot with Sino-phobic zeal or alternatively causing its readership to chortle derisively at China’s pathetic plight. Yet the paper “of record” is remarkably oblivious to the actual nature of the shifting military balance in the Asia-Pacific.

Is it not highly irresponsible of journalists to promote grave tensions between Washington and Beijing without any knowledge of the ghastly consequences that might well flow from those frictions? Any student of U.S. history knows that the scourge of “yellow journalism” played a major role in setting off the Spanish-American War just over a century ago (giving America possession of Puerto Rico, Guam, the Philippines, Hawaii and Cuba in the rather unseemly process). The consequences of a war between China and America would, after all, look nothing like Washington’s long-forgotten adventure with Madrid, and might instead mark the end of life on Earth. Keeping that stark fact in mind, one wonders why the New York Times has never bothered to look into China’s rapid development of hypersonic weaponry.

At a minimum, there should be an acknowledgment in that paper and similarly influential media that China is deploying or on the cusp of deploying a hypersonic weapon (DF-17), joining Russia in possessing that novel capability. It is worth emphasizing that, despite ample research in this area, the United States is yet to field any equivalent military capability. It may be true that “Hypersonic threats do not require hypersonic responses,” but the argument that these weapons are not significant is not persuasive. This article seeks to make a small contribution against this evident paucity of focus in China defense coverage by summarizing a couple of recent pieces from the Chinese defense press. It is no exaggeration to say that the Chinese-language defense press publishes hundreds of articles (and likely more) per year on the subject of hypersonic weapons development, so there is really no excuse for ignorance on this matter.

The first Chinese article to examine is a piece from the Chinese Navy’s official magazine Navy Today [当代海军] from late 2018 (October). While its focus is on the new Russian Kinzhal [匕首] air-launched hypersonic weapon, the piece is potentially revealing regarding China’s ambition to employ hypersonic weapons within the context of naval warfare. Indeed, the headline suggests a certain admiration for Moscow’s determination to wield such weapons against U.S. Navy aircraft carrier groups. The Chinese Navy analyst notes that Russian naval aviation was looking to upgrade since current strike weapons could “only” attain speeds of Mach 3, “affording the US Navy 12-15 seconds of time to prepare the defense [留给美海军12至15分种的防御准备时间].” Kinzhal is assessed to provide Russian strike aviation with a Mach 10 weapon out to a range of 2000km. It is noted that certain Russian aircraft (e.g., the Mig-29 and Su-57) are likely not able to heft this weapon at the requisite launch speeds. But, in addition to the Mig-31 used in the Russian tests of Kinzhal, this analysis suggests that the Russian Tu-22M3 bomber will be capable of slinging four of these missiles. The Chinese analysis concludes that the U.S. Navy carrier group’s standard F-18 interceptors will be “outsticked” by the combination of Tu-22 together with the Kinzhal weapon. Similarly, this article suggests that Kinzhal will not be stopped by either SM-6 missile interceptors or close-in weapons systems, noting that the fire control radar simply does not have adequate time to acquire the target. Even if one Kinzhal cannot sink a Nimitz-class aircraft carrier, the Chinese Navy author assesses, the carrier would “undoubtedly lose combat capability [失去战斗力是毫无问题的].”

And it’s quite clear, moreover, that Beijing is working toward a similar capability if it does not already exist. Indeed, a late fall 2018 issue (no. 18) of Modern Ships [现代舰船] reporting on one of China’s most recent successful hypersonic tests, concluded that China’s development process with hypersonics now enables Beijing to plan for, not only long-range intercontinental ballistic missiles, but also hypersonics launched from submarines and bombers. These weapons would include both nuclear and “conventional warheads for sea attack [对海攻击常规斗部].” According to this analysis, such weapons will enable ranges well beyond what was previously conceivable. Most critically, this Chinese analysis notes that hypersonic weapons will allow for literally “change-fire-area attack [变射面打击].” That is to say that a warhead “‘riding’ the shock wave [‘骑’在激波]” can not only hit a vast domain of targets, but will also be “much harder to intercept [更难拦截].” The vehicle test platform photo was widely exhibited in the Chinese press, and its parameters were also published openly. Yet, there was hardly any coverage in the major Western news outlets, which remain infinitely more interested in the activities of Confucius Institutes on American campuses than Chinese weaponry innovations that could kill thousands of young Americans in seconds on the modern battlefield.

Upon news of this test, one Chinese commentator is quoted as offering: “… the day that such a thing is used is likely when humanity has already embarked on the contest of the apocalypse [这东西使用的那天,人类大概已经过上未日生存游戏了].” It’s actually somewhat reassuring to conceptualize these weapons in that way, of course. They are so terrible that they could never be used, right? Maybe.

Unfortunately, there is the troubling side branch of nuclear strategy that dwells on the so-called “stability instability paradox.” In a word, that means that nuclear powers might still fight nasty conventional wars that come just up to the line of nuclear conflict (even though nobody knows where that line actually is). Such circumstances raise the troubling possibility that China and Russia are exploring capabilities that go well beyond the much-discussed “gray zone,” but rather seek to dominate in the potentially decisive middle rungs of military conflict.

Such steps will keep U.S. strategists plenty busy in the coming decades, but also suggest the need for new paradigms in arms control to reign in this high-tech military competition that is gaining momentum each day in the “New Cold War.” Journalists, including especially colleagues at the New York Times, should reflect on their own responsibility for raising great power tensions to exceedingly high levels without reporting the other side of the story in a balanced way. Most importantly, Washington decision-makers need to exercise studied restraint in a variety of tense situations, for example with respect to both Ukraine and also Taiwan. Both scenarios could quite easily detonate a third world war in the anxious era of hypersonic weaponry.

Lyle J. Goldstein is research professor in the China Maritime Studies Institute (CMSI) at the Naval War College. The founding director of CMSI and author of dozens of articles on Chinese security policy, he focuses on Chinese undersea warfare. The opinions of the author are entirely his own and do not reflect the official assessments of the U.S. Navy or any other agency of the U.S. government.