Impeachment Paves the Way for the GOP 2024 Presidential Playing Field 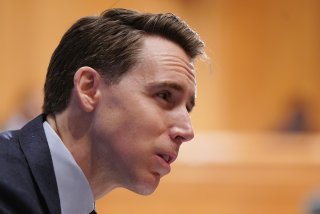 As former President Donald Trump’s second impeachment trial begins Tuesday, Senate Republicans eyeing a 2024 presidential bid have other concerns in mind—how to politically calculate a strategic approach to handling the trial that would point to wins in a potential primary race.

Although the verdict will likely be to acquit Trump, GOP senators expected to launch presidential campaigns for the 2024 election will have to appeal to different sides of the party, as it’s been pulled apart into factions during the last four years that either boast MAGA needs or embrace a more traditionalist Republican ideology.

The speculated candidates must balance a measure of loyalty to the former president for the pro-Trump base, which won’t be difficult for rumored presidential shortlist members Sens. Ted Cruz (R-Texas) and Josh Hawley (R-Mo.), while keeping in mind Republicans who have distanced themselves from the Trump fabric after the election, seeking a new leader of the party. And though nearly every one of the potential candidates will likely vote to acquit, the calculated approach taken this week will serve as perhaps the first indication of how they’ll navigate a post-Trump era.

“Republican Senators considering a run for the presidency have one thing in mind: Republican primary voters. And right now those voters seem loyal to Trump: look at Wyoming Republican Party’s censure of Liz Cheney, and Ben Sasse’s troubles back home in Nebraska. So they will reach for every constitutional hook they can find to hang their hats on as they vote against impeachment,” Russell Muirhead, democracy and politics professor at Dartmouth College, said.

Both Rep. Liz Cheney (R-Wyo.) and Sen. Ben Sasse (R-Neb.), as Muirhead noted, have received backlash for their decisions to unequivocally condemn Trump for his involvement in inciting the violent insurrection on the Capitol, with some Republicans even calling for Cheney to resign from her leadership position in the House, revealing how much of an iron grip the former president still holds over the party. Sasse, a Trump critic, hasn’t indicated whether he’ll vote to convict Trump, though he was one of five GOP senators who voted to declare the impeachment trial constitutional.

“It is anyone’s guess how long Trump’s grip on the party will last, and any candidate taking a firm stand on this impeachment trial will be incurring a big risk if they plan to run state-wide for a senate seat or to run for president in 2024,” Ken Kollman, a political science professor at the University of Michigan, said. “There is no easy way to predict how things will cut, as they say. Cheney . . . and Sasse are betting that it will eventually become an embarrassment to those who backed Trump and that the eventuality is measured in years not decades. Cruz and Hawley are betting that Trump’s influence will last longer than four years. These are gambling times in the Republican Party, betting on the future of Trump influence.”

Keeping these intra-party repercussions in mind and how much party-pull the former president has, prospective presidential GOP 2024 candidates in the Senate will likely vote to acquit Trump, despite the possibility of disagreeing with his actions ahead of the attacks. Instead, speculated candidates are slated to allude to the unconstitutionality of impeaching a former president and will avoid tip-toeing into Trump-defense talk.

Republican senators are also expected to shift the focus on Democrats for their lack of accountability on taming the riots that took place over the summer following the race-related police killings.

“The Democrats are demonstrating a lot of hypocrisy right now,” Cruz said, arguing that the impeachment proceedings have been crafted through “partisan rage.”

Trump’s defense team will likely also steer proceedings to that argument, as the former president’s lead attorney, Bruce Castor, said Friday that “there’s a lot of tape of cities burning and courthouses being attacked and federal agents being assaulted by rioters in the streets, cheered on by Democrats throughout the country.”

“I predict that the Senate Republicans will promote a united front. I doubt they individually will make statements, but will [try] to remain silent as the trial takes place and then will vote either for or against conviction,” Sharon D. Wright Austin, political science professor at the University of Florida, said. “In all probability, they will not vote to convict former President Trump.”

The trial is also unfavorable for the Senate’s 2024 contenders, as it distracts them from reaching a bipartisan agreement over another round of stimulus—an issue that President Joe Biden has placed at the forefront for the spring.

Sen. Marco Rubio (R-Fla.) dubbed the trial “stupid” and “counterproductive,” noting that the Democratic push for the trial collides with Biden’s overall message for unity in a post-Trump era. Rubio also said that the trial offers no progress to tackling the coronavirus pandemic and ramping up production and development of the vaccine.

“The first chance I get to vote to end this trial," he said, “I’ll do it because I think it’s really bad for America.”

But the trial will elevate itself as an opportunity for GOP presidential candidates to carve distinct party lines and how aligned they’ll continue to be with the former president.

“The public has the view that for the last few years the circus came to Washington,” Paul Bracken, a management and political science professor at Yale University, said. “Now they’re seeing that this one doesn’t want to leave. Republican candidates who understand this will emphasize that a return to normalcy will be appreciated more than deciding which circus ring to play in.”