The Importance of Fritz Ermarth 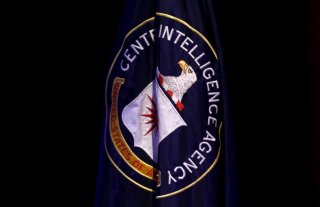 Fritz Ermarth, a distinguished national security official and leading figure in the study of Russian strategy, died on Wednesday. “Fritz Ermarth was a man of high moral principles and also clear strategic vision, a dedicated knight of the Cold War,” said Dimitri K. Simes, president of The Center for the National Interest and publisher & CEO of The National Interest. “Once the Soviet Union was no more, he was eager to develop American policy which would encourage Russian transformation from an enemy into a friend.”

Ermarth’s remarkable career spanned four decades of service in government, academic, and commercial institutions. Ermarth, who was born on February 20, 1941, grew up in Illinois and experienced tragedy at an early age. His father, an intellectual of German origin, was sent by federal agents to a German and German-American internment camp in 1944, and he received treatment similar to that which Japanese-Americans received during World War II. He was forced to return to Germany, where he committed suicide in 1948. The tragedy did not reduce Ermarth’s fierce patriotism but gave him a strong immunity against any kind of McCarthyism.

Ermath went on to study at Wittenberg before graduate studies at Harvard University. His acuity and intellectual fearlessness marked him out as a rising star. He served as a Soviet affairs analyst for Radio Free Europe in Munich, Germany, from 1965 to 1968. After working for four years as Strategic and Soviet affairs analyst for the RAND Corporation, Ermarth became Special Assistant to the Director of Central Intelligence in 1973. Following several more years of high-level service in the intelligence community, Ermarth became a member of the National Security Council Staff under the Jimmy Carter administration from 1978 to 1980. Ermarth engaged in further intelligence work as a CIA National Intelligence Officer for the USSR and East Europe in the early to mid-1980s before returning to the National Security Council Staff as Senior Director of Soviet and European Affairs under President Ronald Reagan.

Ermarth served as Chairman of the National Intelligence Council under Directors of Central Intelligence William Webster and Robert Gates from 1988 to 1993. Ermarth distinguished himself over the course of his storied career as not only a principled cold warrior, but as a leading analyst of Soviet foreign policy thought. His 1978 comparative study of Soviet and U.S. strategic doctrines offered unique insights into the different ways in which the two sides perceived the significance of the Strategic Arms Limitation Talks (SALT) of the 1970s. “The existence of these differences and, even more, our failure to recognize them have had dangerous consequences for the U.S.-Soviet strategic relationship,” he wrote. But Ermarth nonetheless maintained that the Cold War nuclear competition could be effectively managed with a level-headed understanding of the Soviet Union as it is, not as we would like it to be. “He had a rigorous analytical mind that allowed him to think and write creatively, outside Washington’s self-imposed orthodoxies, and to see possible futures more clearly than most others could,” said Paul Saunders, President of the Energy Innovation Reform Project who served as a State Department senior adviser in the George W. Bush administration.

Ermarth retired from government service in 1998 but continued to take an active part in policy debates surrounding regional security, Russia-U.S. relations, and Russian strategic culture. He joined the Center for the National Interest, formerly known as the Nixon Center for Peace and Freedom, as Director of National Security Programs in 2002. “Fritz Ermarth was a remarkable strategic thinker and a wonderful colleague,” said Saunders. “Fritz was also an open and engaging man. The combination of his intellect and his personality made him a provocative and enjoyable conversationalist and sounding board.”

A firm supporter of Moscow’s post-Soviet aspirations, Ermarth nevertheless remained sober about the challenges confronting Russia during its tumultuous democratic transition away from communism. “The great Russian rip-off began not under Yeltsin but under Gorbachev,” Ermarth wrote in an essay drawing attention to the deep-seated problems of crime and corruption roiling 1990’s Russia. The “criminalization of the Russian state,” warned Ermarth, exercised far-reaching consequences on the political development of the fledgling Russian Federation.

Ermarth argued that the failures of the Boris Yeltsin era warrant a degree of self-reflection in Washington, calling on policymakers to “recognize the complicity in the 90s of US and Western governments and businesses in the plundering privatization and bandit capitalism that robbed the state, pauperized the people, and produced a hated new class of so-called oligarchs. Although exaggerated in Russian minds, this role was real.” Vladimir Putin’s later rise to power was, in Ermarth’s reckoning, partly the product of a popular backlash to the lawlessness, political chaos, impoverishment, and foreign policy humiliations that became associated with the 1990’s reform period in Russia.

Ermarth observed in the mid-2000’s—back when Moscow enjoyed relatively amicable relations with Washington—that later waves of NATO expansion, while “necessary and good” for the long-term security of the region, had created a dangerous wedge issue in Russian foreign policy elites’ perception of the West. Ermarth further outlined the specter of a gradual rise in friendly relations between Moscow and Beijing at a time when Russian-Chinese rapprochement was not the subject of mainstream attention.

“Fritz Ermarth was an intellectual force of nature: a big, gregarious bear of a man, who never failed to surprise me with his deep understanding of the balance of power in international politics,” observes Richard Burt, the lead negotiator of the Strategic Arms Reduction Treaty (START) and former Ambassador to Germany. “Fritz, in particular, developed a hardcore, realist perspective of Soviet/Russian capabilities and intentions that became a model for a generation of analysts in the American intelligence community and the think tank world. He will be missed, especially in a moment when his aggressive and rigorous style is badly needed in Washington.” Ermarth may be gone, but his insights remain as vital as ever.