The Importance of Louis J. Halle 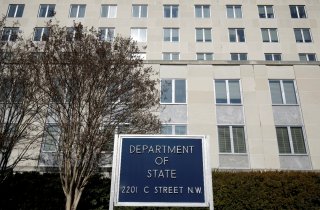 “I had not had compunctions at interrupting the dictation of an official document to observe, from a government window, a flight of swans moving south overhead; and while I have now forgotten what the official paper was about, I remember the swans.” Taking a break from his daily work for this glance out the window and into the more permanent workings of the world was Louis Halle, an official in the State Department with a naturalist’s instinct and a philosophical bent. Largely forgotten today, Halle was a prolific mid-century author who wrote principally about both nature and about international relations—and often, about the relationship between the two. He was an intimate of Dean Acheson, George Kennan, and Paul Nitze, known as the State Department’s in-house philosopher, and was the author of several influential books on world order and American statecraft.

In his classic Spring in Washington, written in 1945, he detailed the arrival of spring in the nation’s capital, attempting to capture the more enduring aspects of the world we inhabit. This was not a book about how government works or how nations interact, at least not on its surface. But in its record of the spring’s arrival, and its call for close observation, it had something to say about both of those things.

Halle begins the book with the startling claim that future historians “will find no records of certain remarkable episodes and developments that took place in Washington during the first half of 1945.” Given the momentous events of that year—the planning of the postwar world at Yalta, the final spasms of violence in the Pacific, the founding of the United Nations, Franklin D. Roosevelt’s sudden death, the fall of Benito Mussolini, the suicide of Adolf Hitler, and V-E Day—this seems in equal parts myopic and absurd. But, perhaps not quite so surprising that in such a year Halle opted for watching smaller, and more permanent, signs of the world’s slow return to life. “I undertook to be monitor of the Washington seasons, when the government was not looking,” Halle declares at the opening of his book. And so he focused on chronicling the return of spring, watching the birds beginning to appear in the barren landscape, catching sight of the trees vesting themselves in green foliage, and trying to pinpoint that exact moment “just when spring arrived, in what manner and in what guises.”

The pre-dawn hours would find Halle wrapping a scarf around his neck, grabbing a pair of binoculars, and hopping on his bicycle before dawn, wadding through the marshes surrounding Roaches Run and Gravely Point, strolling around the Tidal Basin and Haines Point, or tramping through the bush at Rock Creek Park. The resulting chronicle of his wanderings includes detailed notes on the songbirds he spied, the trees he observed, and the weather he braved. It is only in the distant background that we catch glimpses of the events of the day. In early April, upon hearing news of FDR’s death, he writes, “nature has asserted its superiority to politics….the event touches us all, for the moment, with the sense of all things passing.” The grand drama, in this book, is not the affairs of men, but the arrival of spring.

Searching for that exact moment when spring arrived in Washington proved illusory. In Halle’s narrative, spring started slowly, then came on in a sudden rush. Trees would begin the year barren, bud white and pale pink, take on a brownish tint, flower in pale green, and finally settle into a deep green. Some of these changes took months, while others seemed to occur overnight. Warblers arrived and departed so quickly that some remained in Washington for only a single day on their migratory flight northward; the leaves on tulip trees grew overnight, sometimes doubling in size and width. “However closely you watch for it,” Halle observed, spring “comes as a succession of surprises.”

Halle’s detailed notes of the changing season served as a springboard to more philosophical musings. Frequently, he wondered how the activities of the hive—the everyday work of men—had become so removed from the larger world and the longer passage of time. And he asked, whether a civilization untethered to the natural world could think clearly and trenchantly about the interaction of the larger world and man’s relation to and in it. And yet, Halle’s record reads as a call for thinking about the effects and the use of time, a plea for projecting and imagining beyond one’s bounded word, and a suggestion to look for patterns in seemingly unconnected phenomena. “Men do not commonly see what is before their eyes or hear what rings in their ears,” he writes, “unless it is pointed out to them in tones of accepted authority.” As Halle’s work unfolds, it begins to look less like one just about birds and trees and more like one about how we think about gaining a “consciousness of worlds beyond their own.”

For Halle, this began with seeing things whole—understanding how different subjects relate to, and shed light on, each other. By paying heed to small details, or listening to the infinitive varieties of songbirds, one could begin to probe connections between seemingly disparate phenomena. Halle’s ecological view of events demanded the ability both to observe and describe precisely, and to make meaningful generalizations and comparisons. It required persistent curiosity, the mental concentration needed to listen “with all one’s ears,” and the capacity “to range across a thousand years back or forward and be at home all the way.” Spring in Washington is a classic of nature writing. It is also a call to stretch the conceptual barriers of our imaginations.

Over the years, Halle’s Spring in Washington has won a devoted following of nature enthusiasts for its depictions of the drama of spring’s arrival. But Halle’s devotion to the ecological view earned him another group of admirers in the nation’s capital. Dean Acheson wrote of his envy that Halle had the capacity to write in such a manner. Halle’s genius, according to the author of Present at the Creation, was his ability to illuminate, to “show new facets, new significance; things which you saw darkly stand out with hitherto unperceived contours and depths and relevance.” Charlie Hill, the recently deceased American diplomat who devoted the final three decades of his life to teaching at Yale, was another such admirer of Halle’s. Halle, according to Hill, inspired him to become a diplomat because he approached foreign affairs “from an intellectual angle.”

Halle strove to capture that “intellectual angle” in his writing, Acheson endeavored to act upon it in his diplomacy, and Hill aimed to teach it in his courses. It was an angle that looked to draw out patterns from particular movements, that made use of specialization for the larger, and more demanding task of generalization, and that thought across time and space. Above all else, it was an angle, a practice that demanded a slowing down, relied on the power of noticing, and required both discipline and imagination. Halle wrote that seeing the first hints of spring in the midst of a bleak winter “takes a long view and a stubborn faith. Yet this is what it takes to recognize life itself and to embark upon it as an enterprise.” Halle’s reflection was both timely and needed in 1945, a hard and hopeful year. So it is today as we emerge from a long, hard, and bleak winter of our national life, and move into a more hopeful season.

Charles Edel is a global fellow at the Wilson Center, a senior fellow at the United States Studies Centre at the University of Sydney, and previously served on the U.S. Secretary of State’s policy planning staff. He is co-author of “The Lessons of Tragedy: Statecraft and World Order.”