Incidental Superpower: America Will Be Forced to Lead 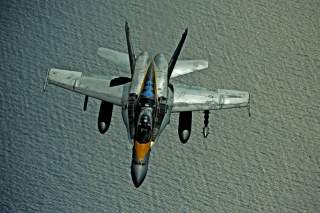 Since 1945, the United States has employed military force about every four years. Some deployments were high-intensity conflicts like Korea in 1950-3 or Iraq in 1990-1. Other deployments were long-term efforts to counter insurgencies and build functioning states such as Vietnam from 1959 to 1975 and Afghanistan since 2001. As U.S. foreign policy looks beyond 2016, with likely reductions in defense spending, and a general distaste from recent bouts of state-building efforts, the United States will be more selective when it chooses to use force and where to intervene.

This does not mean that the world has become a safer place. As the 2015 National Security Strategy makes clear, “there is no shortage of challenges that demand continued American leadership.” Nevertheless, fiscal austerity is a reality in the United States that will affect the expeditionary capabilities and global American military presence. The failure of grand plans to reshape the Middle East and Central Asia have instilled an appreciation for the risks involved in large, transformational international-security projects. Witness the restraint in postconflict reconstruction in Libya to include closure of the embassy in Tripoli and the reluctance to choose a side in Syria's civil war. Even the return to Iraq to combat the Islamic State focuses on the delivery of pinpoint strikes, rather than on the full-scale rehabilitation of the Iraqi state.

At the same time, technological innovation is striking at the heart of one of the key rationales for America’s global engagement—U.S. dependence on securing international trade routes for energy, other raw materials and manufactured goods. The United States can afford to be more self-selective in determining how much of the burden of keeping the global commons open it wishes to accept. This is glimpsed in the president's latest national strategy, which captures the zeitgeist of foreign policy: the preservation and expansion of domestic prosperity.

America’s own economic recovery, coupled with growing energy self-sufficiency, is benefiting domestic production and redefining the economic landscape. Through a combination of defense cuts and more economic self-reliance, the U.S. global security posture will shift while redefining the national interest. If this trend continues, along with efforts to seek resolutions of existing disputes (such as those between the United States and Iran over its nuclear program), some of the rationale for the extent to which the United States adopts a strategy of forward deployment of its military around the world will be reduced.

When analyzing the extent to which the document is a strategy, we think it should answer three basic questions. First, what do we wish to achieve? That is, what are the desired ends? Next, how do we get there? Finally, what resources are available? Because the 1986 Goldwater-Nichols Act included provisions requiring the president to publish a National Security Strategy on a regular basis, these debates have found their way into the strategic documents that are supposed to guide national-security policy. The 2015 iteration is very aware of the tension that now exists between a U.S. commitment to maintain the current international system and clear limits on American resources and attention. Thus, President Obama declares, “We embrace our responsibilities for underwriting international security because it serves our interests, upholds our commitments to allies and partners, and addresses threats that are truly global,” but also stresses that “. . . we will focus on building the capacity of others to prevent the causes and consequences of conflict . . .” An emphasis on building partners' capacity is the American attempt to overcome the tragedy of the commons by sharing the defense burden through foreign military sales in Asia, joint training efforts in Europe and multinational military coalitions in the Persian Gulf and the Indian Ocean.

As a result, the preference will be to reinforce capable partners, such as India, Japan, Australia, the United Kingdom, France and Saudi Arabia, who can take on stabilizing roles in their regions to deter the possible rise of challengers intent upon changing the existing global order, rather than have the United States take the lead in all cases. These partners, who can make definitive contributions to international security, have a shared sense of a world defined by secure lines of communication, free trade and collective security. To be sure, future U.S. grand strategy will be global and multilateral, but it will be much more selective than it is today.

(Recommended: The Indispensable Superpartner: How America Should Lead)

Under this approach, the United States would focus on meeting its treaty commitments (but interpret them in a much stricter and restrictive fashion) and would also require its partners, if the threat emanated from their region of the world, to assume primary responsibility for action, including shouldering the costs. The challenge, moving forward, will be whether the United States makes it clear that it is not prepared to deploy a fiscal or military safety net to make up for a partner’s shortfalls the next time its foreign policy exceeds its military capacity. In both northeast Asia and the Middle East, the United States expects its partners to do more.

In addition to enabling partners to take more action, a second challenge is coping with the rise of new powers that have benefitted from the existing system, but chafe at the imposition of rules and regulations they feel unfairly privilege the powers of the industrialized Global North and West. It is very true that the emerging powers of the Global South and East are resistant to the idea of a single rulebook for the world’s nations that has been drawn up largely in Washington. Yet no other power or group of powers is positioned to create an alternate global system that can produce the same benefits. In particular, China remains suspicious of what it sees as American attempts to get Beijing to do things that lighten Washington’s “hegemonic burden” without fundamentally changing the current distribution of power and influence in the international system. Yet, China's rise is inextricably linked to the Americanized international order. Modifying the status quo, rather than replacing it altogether, will remain the guiding principle.

It is likely, therefore, that rising powers will negotiate with the United States over accommodations rather than turn to outright conflict. (Even Russia, which is struggling to retain its position among the major states of the international order, is attempting by its actions in Ukraine to improve its bargaining position through its efforts to define a distinct sphere for itself.) In turn, the domestic politics of the United States, which are trending in favor of retrenchment, will lead Washington to be more prepared to seek power-sharing compromise arrangements reminiscent of the way it did after World War II when the Soviet Union and China were made permanent members of the UN Security Council. The first tentative efforts to define a new pattern of great-power relations between the United States and China, a hallmark of the recent summit between Obama and Xi Jinping, and the outreach to India, are signs of this transformation. Traditional allies in Europe and Asia who have grown accustomed to a United States that picks up the slack in regional security and offsets the threats posed by a rising China and a resurgent Russia may be troubled, but the United States increasingly will be more inclined to find compromises that preserve the overall structure of the current system.

The United States will become more selective in where and when it chooses to act, both because of budget cuts at home and the rising power of other states. Yet Washington is also eager to maintain the current system, which has depended on U.S. willingness to shoulder the lion’s share of the burdens. This strategy seems to have been an attempt to signal that other partners need to step up more, but it may have the unintended consequence of casting doubts on Washington's reliability—at a time when clear statements, not purposeful ambiguity, are more critical than ever.

Thus, as the first two decades of the twenty-first century fade, the impetus to challenge the U.S.-led order will recede, with emphasis instead placed on gaining more influence within it. As this occurs, the new world order will end up looking a lot like the old one, where the United States incidentally leads.

Derek S. Reveron and Nikolas K. Gvosdev are professors of National Security Affairs at the U.S. Naval War College. These views are their own and do not represent an official position of the United States government. Their latest book with Mackubin T. Owens is US Foreign Policy and Defense Strategy: The Evolution of an Incidental Superpower.