India Is Still Haunted By the Aftershocks of Partition 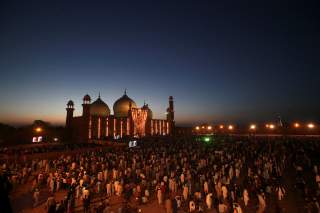 This week marks the seventieth anniversary of Partition—one of the bloodiest and most traumatic events of modern times.

Partition, not surprisingly, has left a deep, diffuse and damaging legacy across India, Pakistan and even broader South Asia.

Above all, Partition has given India and Pakistan perpetual identity crises. Both countries have struggled to define the role of religion in the state. Independence leader Muhammad Ali Jinnah once spoke of Pakistan, which was established as an Islamic state, as a haven for religious tolerance and diversity. However, subsequent leaders Islamicized the country, helping give rise to the religious extremism that afflicts Pakistan today. Sadly, the Pakistanis most vulnerable to extremist violence are religious minorities—whose families, decades earlier, made the brave decision to stay put at Partition.

India, by contrast, was founded as a secular state—but Hindu nationalism has long been a powerful force. Indian governments have frequently implemented policies, including recent crackdowns on cattle slaughter, which target India’s 170-million-strong Muslim minority. India’s religious minorities suffer discrimination and attacks (albeit not on the scale of those in Pakistan) and accuse Hindu groups of conversions to Hinduism. Just as Pakistan houses Islamist hardliners, India hosts Hindu hardliners—including the Rashtriya Swayamsevak Sangh, a powerful Hindu nationalist group, and Bajrang Dal, a militant Hindu youth organization. Yogi Adityanath, the chief minister of India’s most populous state of Uttar Pradesh, has been accused of inciting communal riots.

The identity crisis spawned by Partition also spills into present-day Bangladesh, which became a part of Pakistan (and was called East Pakistan) in 1947—until gaining independence following a 1971 war. Bangladesh, like India, boasts secular traditions, but they’re under fire amid the rising influence of Islamist extremists. Tensions are growing between Islamists and secularists; one flashpoint is an ongoing series of trials that have so far led to the execution of five Islamist politicians accused of war crimes during the 1971 war.

Partition, which unleashed such devastating levels of religious violence, is also a major driver of the hostility that inflames India-Pakistan relations—hostility that has provoked four wars. In both countries, important influencers—religious leaders, the media and the state itself—propagate hostile narratives about their hated neighbor.

To be sure, constituencies for peace do exist on both sides; witness the emergence in May of a citizens’ petition that promotes improved bilateral relations and features the signatures of prominent people from both countries. But these initiatives are hard sells, given that the toxic politics of India-Pakistan relations are increasingly seeping into supposedly safe spaces like civil society and culture. Educational exchanges have been canceled and cut short. There have been calls in India for bans on Pakistani film stars in Bollywood and in Pakistan for limits on the availability of Indian films.

The battleground of India-Pakistan rivalry extends beyond the subcontinent. India enjoys close ties to Afghanistan, and Islamabad accuses New Delhi of using Afghanistan as a base from which to orchestrate nefarious activities—including support for separatists—in Pakistan. Islamabad, meanwhile, provides sanctuary and succor to the Afghan Taliban and Haqqani Network in part because they share a desire with Pakistan to keep India at bay in Afghanistan.

Seventy years of entrenched enmity won’t ease anytime soon. Baseline policy preconditions for reconciliation—Pakistan’s elimination of support to terrorists on its soil that target India, along with India’s agreement to launch negotiations on the status of the disputed Kashmir region—aren’t about to be fulfilled.

Demographics, however, offer some cause for hope. Both nations boast young, growing populations, and one could reasonably argue that this bodes well for bilateral relations. Younger generations, spared the trauma of having lived through Partition, may be more amenable to reconciliation. The conventional thinking, after all, is that young people are more open-minded than their parents.

Then again, memories of an experience as searing and painful as Partition die hard. Stories, artifacts, and other direct links will be passed down to younger generations. Also, youth doesn’t necessarily translate to an open mind; recent polling finds that a full third of young Pakistanis support strict Sharia-law punishments such as floggings and the severing of limbs. And besides, young people will still be susceptible to the hostile messages propagated by school textbooks, religious sermons, television personalities, social media and policy statements.

Try as India and Pakistan might to exorcise the demons of Partition, its far-reaching legacy will likely linger for another seventy years.