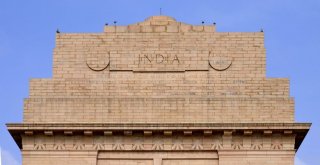 Unfortunately, all that confidence has largely dissipated. Economic growth has dropped to the 4-5 percent range. Inflation has risen between 9-11 percent annually for the last five years. Public finances are a mess, and economic reforms have been shut down for the last decade.

Enter Narendra Modi, whose BJP surprised the world with its landslide victory in last month’s elections. Mr. Modi was elected mainly on promises to significantly accelerate economic development and root out corruption. His philosophy was formed while running the business-friendly state of Gujarat for the past twelve years. His success in leading his party to victory should give him significant power to make deep, structural economic reforms. And there is much to be done.

In his first year, Modi must stabilize India’s poor banks and tame inflation. Recapitalizing India’s state-run lenders will cost the nation up to 5 percent of GDP, an expensive affair for sure. He will also have to improve government finances. The true budget deficit, including the states’, is higher than the official figures of 7-8 percent of GDP. (India has not run a budget surplus since independence in 1947.) With only 3 percent of Indians paying income taxes, the tax base will have to be broadened.

The business climate will have to be radically improved, and fast. In the World Bank’s 2014 Ease of Doing Business, India ranks 134 out of 189 countries, placing lower than Bangladesh and Pakistan. In India, you still need government approval to lay off employees in firms with more than 100 workers. That law greatly discourages large-scale enterprises. Physical infrastructure is decades behind China’s.

India is believed to have ideal demographics. Almost half the population is under 24 years of age, while only 5 percent are over 65. Even by 2025, almost 40 percent of the population will be young (under 18) while only 10 percent will be older (over 65). Moreover, a rapidly dropping fertility rate means that more women will be available to work in the coming years and decades.

India’s working-age population of 750 million is expected to increase by 230 million by 2030. People tend to save more during their working years, and a rise in the savings rate typically leads to increases in domestic investment and economic growth. All this bodes well for India.

Yet closer inspection reveals potential flaws in this prospective demographic dividend. Where are the jobs going to come from for the 10 million new working-age Indians every year? Most of the net job creation is likely to be in the dominant service sector, which requires high literacy rates and skills. India may have a reputation of having a huge pool of highly educated, tech-savvy workers, but nothing could be further from the truth. India has a 63 percent literacy rate (compared to 91 percent in China). Only 10 percent of 18-to-24-year-olds are enrolled in higher education.

India’s service sector is also not exactly big on job creation. Information technology and information processing, the crown jewels of India’s business renaissance, are not labor intensive. Currently, they employ only about three million people. Agriculture, which employs 50 percent of the population, has added no jobs in over a decade.

In terms of generating employment, the key is whether Modi will allow India to become a global hub for labor-intensive manufacturing. The timing seems ripe. Labor costs have been rising rapidly in China; Japanese firms are shifting production from China because of military tensions; and the weakened rupee (until recently) has made exports more competitive.

Moreover, urbanization should boost economic growth significantly in India, as it has for thirty years in China. While China is now over 50 percent urbanized, India is only 31 percent urbanized.

India has some catching up to do. Modi will not be able to work miracles, but if he is bold, he can significantly improve India’s economic prospects.