India Would Win with Trump 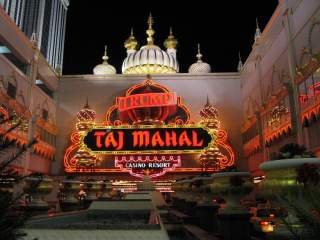 Last week an enterprising, and unknown, far-right outfit in New Delhi performed a traditional Hindu puja, literally praying for a Donald Trump presidency. The Washington Post took this to mean that Trump has fans in India despite his tasteless rants about outsourcing. Britain’s Guardian quoted the fringe leader behind the religious ceremony describing Trump as “our hero.” The Hindu right’s Islamophobia is one that The Donald surely shares. They too, like Trump, are keen on restoring some putative long-lost national glory.

But a far more sophisticated argument, beyond the trope of Islamic terrorism, can be made about the desirability of a Trump presidency for India. Simply put, the accession of Donald Trump to the White House offers India greater strategic space. It reduces the chances of India becoming collateral damage in American interventionism. A retrenched America will also provide a much-needed impetus to New Delhi’s notoriously status-quoist foreign-policy establishment to proactively shape the region through assertive statecraft. As disruptor-in-chief, Trump may, in fact, inadvertently herald the era of India as a great power.

Despite valiant efforts to present it as otherwise, Donald Trump’s foreign policy lacks coherence, the most generous reading being that of a defensive realist’s. But bits and pieces do offer a window into Trump’s thinking about the world. For one, he is sharply critical of America’s interventionist foreign-policy postures, principally in the Middle East. This suits India fine. Beginning in 1991, when the first Iraq war contributed to a serious balance-of-payment crisis in India, to having to evacuate its citizens from Yemen in 2015—and the fallout of that much-cheered liberal cause, the Arab Spring—America’s (and its allies’) penchant for starting wars and exacerbating fault lines have often come with a real cost to India. India’s energy security is contingent on a stable Middle East, even if that means status quo ante there.

The U.S.-sanctioned upending of that region in the guise of democracy promotion has been contrary to India’s national interests as well as beliefs. India’s discomfort with Western interventionism was articulated clearly during the Libyan crisis when Hardeep Singh Puri, then India’s permanent representative to the UN, noted that the responsibility to protect “cannot turn out to be a tool legitimizing big power intervention on the pretext of protecting populations from the violations of human rights and humanitarian law.” This stands in curious contrast to Hillary Clinton’s flippant remark—“We came, we saw, he died”—about Qaddafi. Given that Clinton now enjoys the endorsement of the neoconservative establishment, given the choice between the devil and the deep blue sea, India would be better off with Trump in the White House.

There is also a sense that the Democratic establishment is, deep down, rather hesitant to confront China, given the deep economic leverage that country seems to have over the United States. This state of affairs was summed up pithily by Hillary Clinton in a remark to Australia’s then prime minister Kevin Rudd in 2009 when she asked: “How do you deal toughly with your banker?” Washington’s long-standing policy, or rather gamble, of securing good behavior from Beijing by integrating it into the global economic order while maintaining American hegemony in the Asia-Pacific is not paying off. Chinese activity in the East and South China Seas continues unabated. Its “Belt and Road” initiative is perhaps the greatest exercise in “hard-wiring” the world has ever seen, to use Indian foreign secretary S. Jaishankar’s description.

America’s closest European allies are stakeholders in the China-led Asian Infrastructure Investment Bank. (India is the second-largest stakeholder in that bank.) Germany’s “special relationship” with China, strengthened since the financial crisis of 2007–09, has brought the two countries closer than ever. With even its closest allies hedging, the Obama administration appears to be nervous about offending the Chinese. Witness the recent reports about National Security Advisor Susan Rice issuing a gag order on military leaders regarding South China Sea disputes ahead of the Nuclear Security Summit in Washington, which Xi Jinping attended. This gag order was seen as being directed at Pacific Command chief Adm. Harry Harris who, at a high-profile security conference in New Delhi in early March, had called for reviving the quadrilateral initiative between the United States, Australia, Japan and India.

For would-be allies like India, a divided house on China can be, and is being, read as mixed messaging. Trump’s position on China is not clearer than, say, his position on how to manage America’s budget, but again, the broad contours are known: he is not hesitant to adopt coercive measures to bring down Chinese competitive advantage when it comes to trade, even if that comes at a cost to American consumers. If Trump is indeed serious about this—and, as with all things Trump, that’s a big “if”—such measures will signal to countries like India that America means business when it comes to China. Trump’s ascendancy to the White House will also seal the coffin on a U.S.-Chinese grand bargain, along the lines of a G2 that Obama and Clinton fantasized about early in the first term of the Obama presidency.

Finally, Trump has called into question America’s long-standing alliance systems, NATO in particular. Implicit in his thinking is the free-riding nature of the Atlantic security architecture. The gist of Trump’s suggestion is that Europe needs to shoulder more responsibilities for its security. Were he to apply the same thinking to the Asia-Pacific, the Japan-centric U.S. alliance in the region would most likely be called to question. Trump is unlikely to come to Japan’s aid in any case, whether over the disputed Senkaku islands or elsewhere; Japan, in event of a Trump presidency, will look to a newer set of allies to balance China. This would naturally led to the emergence of a new coalition of Asian powers, in which India plays a significant, if not leading, role.

Beyond this, India’s greatest gain from a Trump presidency would be a much-needed impetus to shed its passivity when it comes to shaping the regional security architecture. It goes without saying that an anarchic international system in which a leading pole retrenches poses tremendous challenges for smaller powers. However, a Trump presidency is what could finally push India from its current status as a balancing power to that of a leading one. It remains to be seen how New Delhi makes lemonade out of the lemon that is Donald Trump.

Abhijnan Rej is a Fellow at the Observer Research Foundation, New Delhi. Views are personal.