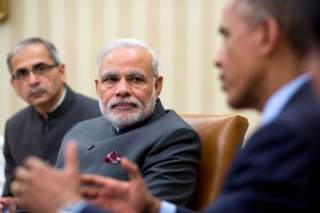 Since India’s independence from the United Kingdom in 1947, it has had 14 prime ministers. India adopted a parliamentary system from the British, so its prime minister is chosen by a majority vote from the largest bloc in India’s Parliament. As a result, the same person can serve as prime minister for multiple, non-consecutive terms.

India is not an easy place to govern. It is a young country founded through a traumatic, bloody partition. It has the world’s second largest population in a landmass the size of Western Europe. This population is divided into hundreds of ethnic groups speaking over a thousand languages, including twenty major ones. Indians follow many religions and range from some of the world’s poorest people to some of the richest. All in all, governing this vast and diverse population has been difficult for India’s prime ministers, who have had to increasingly rely on unwieldy and complex coalitions due to the rise of regional and caste-based parties.

No Indian prime minister was perfect because even the most successful ones also pursued deeply flawed policies. Still, these three stand above the rest.

The first leader of a country is always going to make a mark on it and impact its future evolution, for good or ill. Jawaharlal Nehru was one such individual. Nehru made many, many mistakes, but also set the course for India to become the stable, multiethnic democracy it is today.

Nehru, the leader of the Congress Party, became India’s first prime minister in 1947 and served until his death in 1964. The first controversy surrounding Nehru was his role in the partition of India; he has been often criticized for allowing or even tacitly supporting India’s partition into India and Pakistan.

This may be true, but in retrospect, this was a good decision for India. The Muslim League, led by Muhammad Ali Jinnah, who went on to found Pakistan, wanted an extremely loose, decentralized India that Nehru felt was incompatible with the level of integration needed by a modern state. Nehru chose not to grant concessions to Jinnah even if it led to partition. He was right—an India with Pakistan and Bangladesh within its modern boundaries would have been dysfunctional and probably experienced civil war. Today, India is unwieldy but compact and governable.

Nehru’s foreign policy also came under a lot of criticism. Nehru was overly idealistic and could not see the world in terms of power politics. This got him burned in dealing with China, a country that he admired but misjudged. He was reportedly broken after India’s 1962 defeat. Yet, Nehru set the course of India’s foreign affairs by implementing its non-alignment policy, a smart policy for a large nation with diverse interests. India is one of the few nations in the world that can be close with both Russia and the United States, and Iran and Israel. Non-alignment allows India to pursue its own strategic autonomy and sphere of influence in its backyard, luxuries afforded to only countries with truly autonomous foreign policies, like the United States, Russia, and China.

Unlike many other emerging third-world leaders, Nehru was no fan of populist or nationalist regimes, and set India on a course toward stable democracy by making sure India got a Western-style constitution and followed it. This has kept India more stable than most of its Asian neighbors in the long run. Indeed, as Freedom House shows, India is one of the few “free” countries in Asia.

Nehru also emphasized secularism very strongly, a necessity for a modern, multi-confessional country. India’s secularism has rightly been criticized by many on the right for supporting Muslim minorities over the Hindu majority, but at least the principle, as imbedded in India’s constitution, is sound.

Finally, there is no doubt that Nehru did not pursue the right economic policies, a fact that has kept India in poverty and destitution longer than many other developing countries. Yet, he did get one thing right—emphasizing industry and modernity in contrast to his mentor Mahatma Gandhi, who wanted India to remain a land of idyllic villages. At least under Nehru, India began industrializing, which came in handy when India became to open up its economy later.

Therefore, more than any one specific policy (and many of his policies were flawed), Nehru helped India by laying out general parameters that actually ended up being very sound and beneficial to India throughout its history.

Indira Gandhi, daughter of Nehru, was India’s third prime minister. She married a man surnamed Gandhi (no relation to Mahatma Gandhi) and strategically took his last name in order to make the most out of it.

A deeply flawed, manipulative individual responsible for India’s only suspension of democracy, the Emergency (1975-77), she nonetheless possessed the steeliest characteristics of any Indian prime minister. Lee Kuan Yew said of her: “Indira Gandhi was the toughest woman prime minister I have met. She was feminine but there was nothing soft about her. She was a more determined and ruthless political leader than Margaret Thatcher….”

First the bad: Indira Gandhi used anti-poverty slogans to capture the votes of the masses without really doing much to help them. She took India increasingly leftwards economically without much to show for it. Her paranoia and manipulation also led to multiple insurgencies, including one in Punjab that led to her storming the holiest site in Sikhism; she was gunned down by her Sikh bodyguard in 1984 as revenge. Her reign was nepotistic.

Yet, some of India’s greatest achievements occurred during her time as prime minister (1966-1977, 1980-1984). India’s parliament was stable as her party has a majority. Though flawed in implementation, she promoted policies like family planning and women’s rights. The Green Revolution during her rule gave India food security for the first time ever.

Her biggest achievements were in the realm of foreign policy, however. India’s victory over Pakistan in the 1971 Indo-Pakistani War is considered one of its finest moments. This war led to the secession of East Pakistan from Pakistan, and it became the newly independent and generally pro-India country of Bangladesh. By actually achieving the liberation of Bangladesh before China or the United States could intervene and while fighting Pakistan on India’s west, Gandhi displayed strategic competence. The breakup of Pakistan gave India security against being outflanked on both the east and west. This long term security gain definitely offsets Gandhi’s other flaws.

Atal Bihari Vajpayee was India’s tenth prime minister, and its first prime minister from outside of the Congress Party to serve a full five-year term. This was an achievement in and of itself because it proved that India could be functional while not rule by the Congress Party (two short periods of non-Congress rule before lasted only a couple of years each and featured multiple, short-lived prime ministers and shaky coalitions).

Vajpayee, who belonged to the BJP, was prime minister in 1996 and from 1998-2004. His rule was important because it began the process that changed the assumptions of many of India’s foreign policy and domestic goals.

Although the Indian economy began to abandon socialism and open up in 1991 under the Congress Party, the BJP embraced development and modernization in a way that Congress could not, as Congress’ electoral strategy was based on subsidizing the poor and farmers.

Despite the Congress Party’s alleged pro-poor and development policies, it was only under Vajpayee that India began to establish the foundations of human development. For example, in 2002, the Vajpayee government introduced the 86th amendment to the Indian Constitution, which provided for and mandated primary education for all Indian children (which was shockingly not mandated before).  Vajpayee realized that even if India produced many doctors and engineers at the higher level, it would not be able to develop until it achieved full literacy, which is a prerequisite of mass industrialization and urbanization. Additionally, half of India’s road network constructed in the past three decades was built during the Vajpayee government, which began major projects to connect major Indian cities.

Vajpayee, however, failed to market his achievements well and did not focus much on rural India, and as a result he lost the 2004 elections.