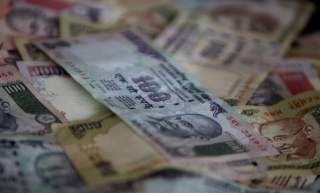 The Indian government's relatively swift decision to implement a bank recapitalization plan in October 2017 was a first step in the right direction. However, it was discovered in February 2018 that one of India's public-sector banks was defrauded of $1.8 billion over the course of seven years. This revelation confirmed what everyone suspected and feared— that the problems of India's banking sector go much deeper than any recapitalization alone will be able to solve.

Unfortunately, most of the recent reform efforts have focused too much on the symptoms of India’s banking crises, rather than on the sector’s underlying structural and operational weaknesses. For instance, the Reserve Bank of India’s (RBI) undertook two previous projects. One was the July 2015 Asset Quality Review (AQR), which facilitated discovery and recognition of non-performing loans (NPL), and the other was the Insolvency and Bankruptcy Code of 2016, which accelerated the resolution of bad loans. The truth is that neither of these approaches corrected the underlying problems with risk controls, management, and supervision at public-sector banks. As a result, India has faced crisis after crisis in its banking sector, with no solution in sight.

While each of these proposals has merit, it is unlikely that any of these solutions will become feasible in the near term. This is because we have seen almost no progress on implementing any of these ideas due to India's gridlocked political environment. Furthermore, the need to promote financial inclusion through state-directed lending and the complexity of operationalizing radical changes to a large banking sector ensure that the pace of change will be slow. In India's search for practical solutions, leaders must not lose sight of such facts on the ground.

So, where does this leave India's banks? One of the more feasible solutions might be to increase competition in India's banking sector. Market forces can often be more effective than regulatory and political mandates. Fortunately, the RBI has already made some progress in this direction. In August 2016 it started to liberalize the policy for issuance of new bank licenses, dubbed "on tap" licensing. Prior to the introduction of this new policy, India issued new banking licenses only once a decade.   But the RBI needs to go a step further. The new licensing policy has not yet lived up to its aims. As of mid-2017, only one firm had applied for a new license. The RBI should consider loosening the policy further to encourage more applicants. For example, it could reduce the minimum equity threshold, remove the requirement that applicants be Indian residents, remove the demand that banks open twenty-five percent of their branches in unbanked areas. Also, the RBI could also reduce the obligation for new banks to adhere to the same priority sector lending targets as all scheduled commercial banks.  Further competition in the banking sector would be a crucial market-driven instrument that could force change on an industry that has been averse to reform. First, by introducing new banks into the system, India can reduce the systemic risk that arises from public sector banks' current dominance of total lending. The role of state-directed lending can then be limited to advancing financial inclusion objectives. Second, increased competition would help induce operating reforms in PSBs, because market pressures would force them to compete effectively against new, more nimble banks. Competition would also partially obviate the need for the RBI to dictate operating reforms ham-handedly. Third, issuing licenses to new domestic and foreign banks would bring new talent into the sector, facilitate knowledge transfer, and alleviate the longstanding underlying human capital shortage. Finally, fourth, this policy can likely be implemented with less direct interference from the government. For example, it would be much harder to convince the government to reduce its ownership in PSBs or to privatize the PSBs than to allow new entrants.  Of course, this approach is not without challenges. First, given the significant market share of PSBs, it will take time before new banks will be able to make a dent in the market share of PSBs and exert real competitive pressure. To address this lag, the RBI should start by issuing more banking licenses to non-banking financial companies (NBFCs). After NBFCs gain the benefit of deposit insurance, they will be able to reduce their borrowing costs and more rapidly increase lending volumes. Another concern about introducing new, inexperienced banks into a stressed system is that it could exacerbate instability and increase oversight complexity for the RBI. However, there are ways to mitigate this risk from inexperienced new banks. The government should consider expanding access specifically to foreign banks, which currently represent only six percent of all banking assets in India.

India has a unique window of opportunity to effectuate long-lasting structural change in its banking sector. By increasing the pace of bank licensing and by inducing competition into the banking sector, the RBI can begin the process of much-needed reform while hopefully avoiding political interference. However, if instead, India chooses to rehash policy solutions that merely ameliorate symptoms, it will continue to find itself trapped in a never-ending cycle of banking crises.

Riju Agrawal is an engineer, policy analyst, and finance professional. He is currently pursuing the MBA/MPP joint degree at Harvard Business School and the Harvard Kennedy School of Government, where he was selected as a David M. Rubenstein Fellow by the Center for Public Leadership. Before graduate school, Riju was a Senior Analyst in the Private Equity group at Blackstone.

Image: Indian currency of different denominations are seen in this picture illustration taken in Mumbai April 30, 2012. The Reserve Bank of India's battle to contain a falling rupee just got tougher. The current account deficit is widening and a weak global investment climate coupled with policy paralysis in New Delhi, sticky inflation and slowing growth have increased the aversion of foreign investors to India, pushing the capital account into the red. Last week's move by rating agency Standard & Poor's to cut the country's credit rating outlook to "negative" has complicated matters further for the RBI, which has few options other than intervention and tinkering with rules on export credit to encourage inflows, RBI officials say. REUTERS/Vivek Prakash