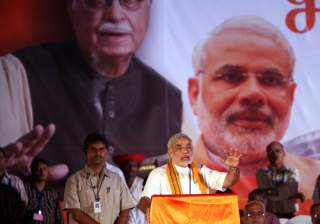 The U.S.-India-Japan trilateral took place in New Delhi this past week, capping off a big year in foreign policy for India’s new government. With an eye on China, India has in recent years made a concerted effort to carve out a more serious role for itself in the Asia-Pacific. Under Modi, India has invested particular effort in strengthening ties with its East and Southeast Asian partners. Last week’s trilateral is a clear example of India’s growing role in the evolving strategic dynamics of the Asia-Pacific.

Despite the preelection assumption that the BJP government would prioritize domestic reform, Prime Minister Modi has devoted an unexpected level of attention to foreign policy. Achieving an outright parliamentary majority, the 2014 elections delivered the BJP the largest electoral mandate of any Indian government since 1984. This parliamentary strength will give the Modi government a historic opportunity to enact significant policy change, including in foreign affairs and security.

The Modi government’s early foreign-policy decision making hinted at a prioritization of India’s own South Asian neighborhood. In an unprecedented move, Modi invited the heads of state of SAARC countries, plus Mauritius, to his inauguration. Soon after, both Modi and External Affairs Minister Sushma Swaraj made their first international visits to South Asia (Bhutan and Bangladesh respectively). Modi is aware that a stable environment in South Asia is crucial to ensuring India’s own security and economic growth. However maintaining stability in South Asia does not need to come at the expense of broader global engagement, and Modi has indicated his government’s intention to pursue a more ambitious foreign-policy agenda for India.

With the long-term economic and security benefits of closer engagement with the Asia-Pacific in mind, the Modi government is making particular effort to reach out to its East and Southeast Asian partners. India’s trade with North and Southeast Asia now represents about a quarter of its total trade; outweighing that with the United States and European Union.[1] China has become India’s top trading partner, with a value of US $65 billion in 2013-2014.[2] Two-way trade with ASEAN member states has grown to approximately $74 billion, making its trade with the region as a whole even more significant than with China.[3] In recognition of the centrality of the institution, at this year’s India-ASEAN summit Modi announced that India’s long-standing Look East Policy would be upgraded to “Act East.” This is more than just a rebrand and signals India’s willingness to play a more active role in the region.

India has been actively pursuing closer engagement with the Asia-Pacific for over two decades, and has established significant economic, institutional and defense ties with the region. However, in recent years, much of India’s engagement has been driven by a policy of external balancing against China. While the economic aspects of the relationship have been positive, China’s increasingly assertive behavior on India’s border, combined with its enhanced presence in South Asia and the Indian Ocean, is raising concerns of perceived strategic encirclement.

India’s relations with China have long proceeded along two parallel economic and security tracks. High-level interactions have proceeded at an accelerated pace under Modi, and President Xi Jinping’s visit to India in September 2014 proved to be the first test of managing the cooperative and competitive elements of the bilateral relationship. While there was some success on the economic side, the visit was overshadowed by tensions along the disputed border in Ladakh, and the docking of a Chinese submarine in Colombo. Although it is unclear whether these actions were centrally directed, if so, they represented a significant misreading of the Modi government. Occurring between Modi’s first trips to Japan and the United States, the border incursion served only to reinforce the relevance of India’s strategy of balancing against China.

As such, India is attempting to build practical partnerships with key states in the Asia-Pacific, with a particular focus on Japan, Vietnam, Australia and ASEAN. Importantly, China’s assertiveness on maritime territorial disputes in the East and South China Sea and uncertainty over the United States’ role in the region are additionally prompting China’s neighbors to look to India to play a balancing role in the region. The United States has for some time also expressed a desire for a more prominent global role for India, and closer relations with the United States is likely to bring about a more concerted effort in carving out a serious role in the Asia-Pacific.

As the most advanced Asian naval power, and as a potential source of investment and technological assistance, Japan offers significant partnership opportunities as India deepens relations with East Asia. While economic ties between the two are still somewhat underdeveloped, Japan is the source of considerable official development assistance, particularly on the infrastructural projects such as the Delhi-Mumbai and Chennai-Bangalore Industrial Corridor.

India has long recognized the potential of closer ties with Japan, and Abe was made Chief Guest at the Republic Day celebrations in Delhi under the UPA government earlier this year. But India’s existing ties with Japan can now benefit from Modi’s close personal relationship with Abe. Modi made a very successful five-day visit to Japan in September, the first outside India’s neighborhood. During this visit, Japan committed to invest US $35 billion in Indian infrastructure over the next five years, pledged to enhance military ties and inaugurated a Special Strategic and Global Partnership.

Vietnam’s increasingly tense relationship with China and its geostrategic position in Indochina and the South China Sea makes Vietnam a natural partner for India to balance against China in its own neighborhood. The Modi government has devoted considerable diplomatic effort to enhancing ties with Vietnam, having sent External Affairs Minister Sushma Swaraj and President Pranab Mukherjee to Vietnam and receiving Vietnamese prime minister Dung in Delhi.

China is suspicious of India’s growing partnership with Vietnam, not least because of its potential to draw India into the South China Sea through oil-block exploration and investment. India has also expressed its support for freedom of navigation in the South China Sea, signaled its commitment to Vietnam’s security, extended a $100 million export line of credit and hinted that New Delhi and Hanoi were discussing a proposal to supply BrahMos anti-ship missiles to Vietnam. Given that India and Vietnam both use similar Russian defense platforms, there is much potential for joint training and technology transfer between the two.

There is obviously a significant naval dimension to India’s engagement with the Asia-Pacific. This increases the relevance of currently underdeveloped partnerships, such as that with Indonesia, particularly in light of President Jokowi’s vision of Indonesia as a global maritime axis. The maritime dimension also increases the relevance of India’s partnership with Australia, which has received an unprecedented level of attention under Prime Minister Modi. Australian prime minister Abbott was the first foreign leader received by Modi in New Delhi, and in November, Modi became the first Indian leader to visit Australia in almost thirty years. As a result of this enhanced effort, India and Australia concluded a civil-nuclear deal, inaugurated Framework for Security Cooperation and reaffirmed their commitment to bilateral naval exercises.

It is clear that India is investing a significant amount of effort in these partnerships, with a view to consolidating its position in the Asia-Pacific region. Of course, India’s ability to realize its Asia-Pacific ambitions will be dependent on a number of external and internal conditions, including the stability of its neighborhood and its relationship with Pakistan, the security situation in Afghanistan after the withdrawal of allied forces and India’s own domestic economic and political situation.

But should these conditions remain favorable, it can be expected that India will continue to pursue a more ambitious role in the Asia-Pacific. India’s partners in the region can expect greater Indian involvement in multilateral maritime-security initiatives, particularly in the areas of humanitarian assistance and disaster relief, transnational crime and joint bilateral naval exercises. However, India will be unlikely to engage in any security initiatives that can be perceived as threatening or directly targeted at limiting China’s influence. In the near term, it would not be realistic to expect India to take a more active position on East Asia’s maritime territorial disputes.

The United States, Australia and other partners should engage a more active Indian role in regional multilateral institutions in order to support its foreign-policy reorientation towards the region. If carefully managed, especially with relation to Chinese sensitivities, cautious Indian engagement could act as a stabilizing force in the region. More importantly, successfully enhancing its role in East and Southeast Asia could signal the beginning of the pursuit of a more serious role for India across the entire Indo-Pacific region.