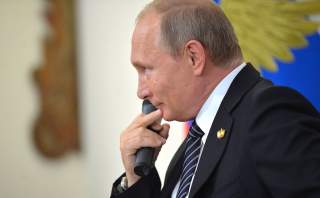 In December, Russian president Vladimir Putin approved Russia’s new Foreign Policy Concept, which had not been updated for three years. The document is a system of views and basic principles to serve as a basis for Moscow’s foreign-policy strategy. The first thing that catches the eye is Russia’s new political status in the international arena. In contrast to previous official documents on foreign policy, the new concept shows the need to strengthen Russia’s position as a major center of influence in the modern world. Thus, Russian strategists believe that in the future no international political issue will be resolved without taking into account Moscow’s interests and direct participation. However, many authoritative Russian experts consider such a conclusion to be premature, since the most acute international crises involving the Russian side have not yet been settled.

It is noteworthy that one of the Kremlin’s most important priorities is strengthening Russia’s media position in the global information space, with the aim of informing the world community of Russia’s point of view on certain international processes. It can be assumed that funding of Russian media abroad will increase in the new year. According to the draft plan of the 2017 federal budget, adopted by the State Duma, the RT television network will receive additional funds for the creation, development, maintenance and distribution of its channel in French. Members of the Russian Parliament explain the decision to increase RT’s budget by citing the spread of European propaganda against Russia. Therefore, Moscow wants to express its own views on various global political processes, in particular on the Ukrainian and Syrian crises. In general, Russia’s status and the need for expansion of pro-Russian media influence are the most significant changes in the framework of the new Concept’s general provisions.

The Concept’s second chapter is devoted to more detailed and precise analysis of the role and place of Russia’s foreign policy in the modern world. As in the previous version of the document, it focuses on the fact that there has been a reduction in Western countries’ political and economic means for dominating the world’s economy and politics. Russia’s strategic and civilizational turn to the East is also highlighted. Meanwhile, for the first time since the collapse of the Soviet Union, it mentions the discrepancies in the world’s uneven development, the widening gap among the levels of states’ welfare and tough competition for resources. It is particularly emphasized that the present global competition has a civilizational character in which some states are trying to impose their own values on others. The Concept’s authors believe that Western countries’ interventions in the internal affairs of sovereign states may eventually result in chaotic international relations. Indeed, over the past few years, leading Russian experts and politicians have been paying close attention to the special path of Russian civilization, based on conservative Orthodox values. In this regard, Moscow consistently enhances its work with the Russian diaspora abroad, increasing its financing for the “Russian world.”

Speaking of growing contradictions in the international arena, an excessive increase in the power factor is also emphasized. The Concept recognizes that there has been a lingering chill between Russia and the United States and its allies since the Cold War. That parity preserves strategic stability. In addition, Russia has consistently said that there is a high threat of nuclear war. At the same time, the Kremlin is considering the creation and deployment of new types of weapons as one of the most serious threats—not only to itself, but also to international security. Thus, Russia reacted negatively to the deployment of missile defense systems in Romania, responding by placing its Iskander ballistic-missile system in Kaliningrad, causing concern among NATO member countries. This shows Russia’s willingness to seriously resist the eastward expansion of NATO and its military infrastructure.

It should be noted that the new Concept specifies and expands upon the threat of international terrorism. For the first time, it is noted that the spread of extremist ideology and activity of terrorist organizations occurred due to systemic development problems in the process of globalization. Moreover, Russian foreign policy strategists emphasize that ideological values imposed from outside intensified the backlash in the traditional societies of the Middle East and North Africa. According to Moscow, the terrorist threat has acquired new features with the emergence of ISIS, claiming the creation of a new state. Russia considers the primary means of combating this threat to be the creation of an international antiterrorist coalition, which will operate based on equality and mutual respect.

In fact, making the Islamic State a separate item is due to the fact that the spread of radical Islamic ideas in Central Asia, the Caucasus republics and other regions is a direct threat to Russia’s security. For example, in Tajikistan—Russia’s ally in the Collective Security Treaty Organization—a 2015 rebellion by supporters of the Islamic Renaissance Party of Tajikistan, led by the deputy minister of defense at the time, was suppressed. In addition, this month, the leader of the Russian cell of the Islamic State, who had been responsible for a series of terrorist attacks in the Russian Federation, was eliminated. During 2016, according to Russian security services, more than ten terrorist attacks on Russian territory were prevented.

In the section on Russian international economic cooperation, special attention is paid to responding to unfriendly economic actions by foreign states that violate the rights of Russian businesses. First and foremost, this refers to sanctions, which, to some extent, have a negative impact on the Russian economy. Moscow has repeatedly stated that such unilateral economic pressure will not force it to abandon its existing positions on key foreign-policy issues. At the same time, many Russian high-ranking officials believe that economic and trade relations should not be used as an instrument of escalating political tension.

Due to the consequences of the Ukrainian crisis, the new Concept now includes a special point that covers Moscow’s readiness to oppose any attempt to using human rights as an instrument of political pressure and interference in the internal affairs of any state in order to unseat legitimate governments. Over the past four years, Russia has taken a number of steps to limit various organizations activities on its territory. For example, a law on “foreign agents” was passed, according to which any organizations that are engaged in political activity, operate on the territory of the Russian Federation and receive funding from abroad will be registered in a separate list. These organizations are required to provide a report on their activities and on the composition of their governing bodies twice a year. In addition, large sums of transferred money are also to be controlled. Besides that, the activity of the United States Agency for International Development is now completely prohibited in Russia.

One section of particular interest is the one concerning Russian foreign policy’s regional priorities. As is traditional, the Commonwealth of Independent States remains the main focus. It is noteworthy that in the new Concept, strategic cooperation with Belarus—as an ally state—enjoys a higher priority than the deepening and widening of the Eurasian Economic Union. Earlier, Belarus was mentioned only in the context of overall integration in the Eurasian space, not as a separate, independent item. The significance of improving the contract of the Collective Security Treaty Organization is also notable. In this regard, it is important to highlight that this year, Russia has completed the process of forming a joint air defense system with Belarus and Armenia.

According to the Concept, Russia’s CIS partners have the right to build relations with other international actors, taking into account their overall political and economic interests. A separate item is devoted to the importance of deepening relations with Abkhazia and South Ossetia, which Russia partly recognizes. That item is on the list of priorities above the importance of settling conflicts within the former Soviet Union such as those in Nagorno-Karabakh, Transnistria and others.

Six large sections are devoted to Russian-European relations. For the first time, it considers Russian policies in the Euro-Atlantic area in the long run. Interestingly, Russia’s main partners, according to Moscow, are claimed to be Germany, France and Italy. Certain countries listed in the previous concept were excluded, namely the Netherlands and the United Kingdom, while Spain was added. These countries were those most affected by the mutual sanctions regime, which is why different political forces (right-wing parties) and business elites favor the speedy restoration of trade and economic relations with Russia. There is no secret that many influential European politicians are also talking about the need to build closer and more independent political dialogue with the Kremlin. At the same time, one of the items notes that Russia is ready to build equal relations with NATO and other Euro-Atlantic institutions. However, the new version of the Concept does not include any points on common goals in peacekeeping and stability with all the countries of the Euro-Atlantic region, including NATO members.

Due to the increasing role of the Arctic region in attracting more and more attention from the world’s major players, it is noteworthy that for the first time in the paragraph on that region, it is emphasized that Russia will strongly oppose any attempts to bring elements of political and military confrontation to the Arctic.