On Iran, Israel Must Not Stand Alone 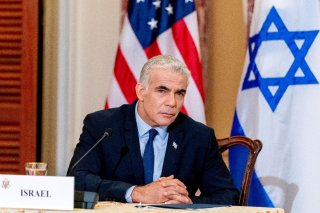 Israel has no greater friend than the United States. Indeed, few great powers have ever demonstrated a deeper commitment to the security and well-being of a small regional ally. In a nuclear crisis with Iran, the United States would have Israel’s back.

At critical turning points, the United States has actually not been an effective guarantor of Israel’s security or was proven to be only a partial or belated one. This was not for lack of goodwill, but a function of the geopolitical and domestic exigencies of the time. One would hardly expect a complete confluence of interests between a global superpower and a small regional actor.

For example, in 1981, after extensive bilateral exchanges made it clear that the United States would not put an end to the threat posed by Iraq’s then-active nuclear program, Israel was forced to take independent action and bomb the reactor. In 2007, when President George W. Bush concluded that domestic political pressure following his weapons of mass destruction imbroglio in Iraq precluded an American attack against a secret Syrian nuclear reactor, Israel was again forced to take action. In 2010-2012, U.S. opposition to an attack on Iran’s nuclear program was one of the primary reasons that Israel refrained from doing so. There are other, non-nuclear examples, as well.

Moreover, following decades in which it was essentially the lone superpower in the region, the United States is now retrenching. Russia has taken a leading role and China is increasingly making its presence felt. In pivoting towards great power competition with Russia and China, the United States risks ignoring the severe dangers to its own security that still emanate from the Middle East and have left its regional allies feeling increasingly vulnerable.

In short, only Israel can bear responsibility for its national security. The need for close strategic coordination with the United States on Iran, however, has never been greater.

It is extremely unlikely that Iran would ever actually use nuclear weapons against Israel or any other state. Iran is a calculating actor and the consequences for the future of the Islamic Republic would be dire. Of course, this assessment could prove wrong, and any responsible Israeli leader must treat a nuclear Iran as an existential threat, even if it probably is not.

It is more realistic that a nuclear-armed Iran would likely start a cascade in weapons acquisition as Turkey, Saudi Arabia, and Egypt—possibly others—pursue nuclear weapons of their own. A Middle East with multiple nuclear actors is a nightmare scenario with no known remedies.

Imagine crisis management, when only minutes are available for existential decisions and all the actors have either limited channels of communication, or none at all. Add to this that two of the actors, Iran and Saudi Arabia, are radical theocracies, whose rationality in a crisis may prove different somehow, if only in a small but crucial way.

Imagine the dangers to international security if one or more of these nuclear-armed regimes falls prey to the kind of instability that has swept the Middle East in recent years. Imagine the aggressive impact nuclear weapons might have on their policies towards the United States or Israel.

Further consider the impact of an Iranian nuclear capability on every future conflict in the region: for example, if Israel sought to prevent Hezbollah and Hamas from firing rockets at its civilian population. The mere presence of nuclear weapons fundamentally changes crisis dynamics because even limited conflicts risk escalating to the existential level.

Israel must be prepared to stand alone, but also must do everything possible not to have to. To this end, it is essential that Israel reach agreement with the United States on a coherent and comprehensive joint strategy for dealing with Iran.

This strategy would begin with strong support for American efforts to achieve a diplomatic resolution of the nuclear issue. A return to the 2015 nuclear deal, with necessary modifications, remains the best of the bad options.

Should this prove elusive, a combination of positive and negative inducements is necessary. We should always hold out the possibilities for diplomacy and for Iran to enjoy the full fruits of a return to the family of nations. To this, however, we must also add severe sanctions, covert sabotage to delay Iran’s nuclear and missile programs, and support for popular opposition, all backed up by credible U.S. and Israeli military options. The best way to avoid the need for military action is to have a credible ability to threaten it.

Alarmist commentary notwithstanding, there are only a handful of critical nuclear sites and the military operation required, although at the outer limits of Israeli capabilities, would be modest by American standards. Iran would likely retaliate against some American-affiliated targets somewhere in the world, for it, too, has domestic opinion, and limited attacks against the Gulf states cannot be discounted. There is, however, very little reason to believe that Iran would escalate beyond isolated pinpointed attacks. Iran is fully cognizant of the ramifications of a significant conflict with the United States.

Israel is a foe much more to Iran’s liking and capabilities. Hezbollah’s mammoth arsenal of some 150,000 rockets was built precisely for this scenario. It is further buttressed today by Iranian rockets and missiles surrounding Israel on virtually all sides—in Syria, Iraq, and Yemen—Iran’s growing capability to hit Israel directly with ballistic missiles, cruise missiles, and drones, and, lastly, Hamas’s rocket arsenal. Israel’s home front will suffer destruction as never before. Many in the Arab world, even beyond, will applaud.

The media have been replete recently with assessments of Israel’s ability, or inability, to attack the Iranian nuclear program. To be sure, the program can no longer be completely “destroyed” by military means, whether by Israel, or even the United States. Iran has the necessary technology and could reconstitute the program even after a successful strike. In practice, no more than a few years could be gained, unless there was the will and capability to attack again.

Nevertheless, if and when all other options have been exhausted—and only then—would Israel have no choice but to attack. As heavy as the price may be, allowing Iran to cross the nuclear threshold would be even worse.

The immediate objective would simply be to gain whatever limited amount of time is possible. More fundamentally, the objective might be to both empower and constrain the international community, with U.S. leadership, to finally take decisive diplomatic and economic action against Iran from a newfound position of strength. The possibility of further Israeli military action would provide the necessary incentive for all sides.

For Israel, there will be severe consequences—and not just from Iran and its proxies. Military action, if conducted without U.S. approval, as is likely, or even over U.S. opposition, may result in a variety of punitive measures, such as a suspension of arms sales and military cooperation, as well as diplomatic condemnation. The international response may be even harsher.

The United States may also demand that Israel pay in Palestinian currency—in other words, make significant negotiating concessions. Separation from the Palestinians is a supreme Israeli interest in its own right, preferably through a negotiated peace, unilaterally if necessary. It would be far better to try and reach agreement on both issues in advance. Should this be the price of close strategic coordination with the United States on Iran, so be it.