Iran Needs Foreign Investment. But They're Not Making It Easy. 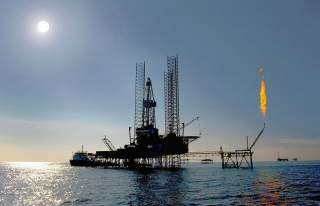 After Iran’s nuclear agreement, the Joint Comprehensive Plan of Action with six world powers (China, France, Germany, Russia, the United States and the United Kingdom), many outside businesses are enthusiastic to enter the Iranian market. Meanwhile, to boost Iran’s collapsed economy, the country’s moderate forces—a coalition of progressive politicians, intellectuals and pragmatic conservatives headed by President Hassan Rouhani, who advocates reintegrating Iran into the global market—are encouraging foreign partners and investors to invest in Iran.

But the extent of the Iranian market’s readiness for international investment has not been addressed yet. Iran’s autocratic system has unique characteristics that make it different from other autocracies in terms of dealing with foreign investors. This raises the question: how plausible is it to expect a fruitful economic relationship between Iran and foreign investors, and what are the possible uncertainties and obstacles regarding foreign investment in Iran?

While President Rouhani’s administration will not aquiesce to hard-liners, who oppose any Western presence, skepticism over foreign intentions is an age-old feature of the Iranian political psyche. After the 1979 Islamic revolution in Iran, political elites believed that Iran’s economic sovereignty should be protected by limiting foreign capital’s influence in the country as much as possible. Yet they remain in this antagonistic position due to their deep-rooted economic interests, which they believe can be jeopardized by foreign investment. These elites can be found in certain factions of the parliament, at the head of Iran’s state-run industries, and in the business enterprises of the Islamic Revolutionary Guards Corps (IRGC) and revolutionary foundations, also known as Bonyad. These interest groups’ influence is, therefore, substantial.

Iran’s economic relations with the outside world in general, and foreign investment in particular, have been affected by sanctions imposed by the international community due to its illicit nuclear activities. Sanctions have been imposed on other grounds as well, such as Iran’s sponsorship of terrorism and human-rights violations.

Although there exists virtual consensus regarding the necessity for foreign investment in Iran, it is not clear whether the environment is propitious for investment. The current debate is based on predictions with no basis in reality; identifying the real obstacles is crucial for facilitating foreign investment in Iran. Both Iran and international companies harbor doubts about economic rapprochement and foreign investment. Although similar concerns exist in economic relations between investors and investees in any other country, they have unique characteristics in Iran.

First, interest groups that control the pulse of Iran’s economy fear foreign investment. They believe that, when foreign investment occurs, foreign businesses will access capital, rivals will be excluded and, given the weakness of domestic competition, foreign investors may achieve a local monopoly, consequently leading to a loss in these interest groups’ power and position. In other words, they argue that giving more access to foreign firms will lead to a loss in terms of both their economic independence and their political power.

Secondly, interest groups fear that foreign investors may pull out in times of crisis, leaving the country vulnerable. A clear example of this was when countries and individual companies recently steered clear of business with Iran after a threat of U.S. sanctions. As a result, a stream of major international corporations announced a departure from the Iranian market. For instance, the French company Total withdrew from developing the South Pars gas field, which is in the hands of the Revolutionary Guard. China National Petroleum Corporation replaced the French company; however, after two years of delays in starting development at South Pars, CNPC pulled out as well, and withdrew all its experts and workers from Iran’s Assaluyeh region.

Consequently, Iran has lost $11 billion due to delays in gas extraction from South Pars. Other instances are Vitol and Trafigura, two key global oil brokers, as well as Total, Shell and British Petroleum, which stopped delivering refined gasoline to Iran. To many inside Iran, these examples confirm that Iran’s future cannot rely on foreign investors.

On the other hand, foreign investors have their own fears and uncertainties. Although there are always risks when investors enter host countries, Iran poses unique risks.

First, foreign investors do not know who they are dealing with. They are uncertain whether they are negotiating with a trustworthy party—to maximize the safety of their investments—or a faulty one. Iran’s complex political structure is one of the most serious problems for potential foreign investors. Supreme Leader Ayatollah Ali Khamenei is the ultimate decisionmaker, despite having an elected president and parliament. As Iran’s commander in chief, he controls the military and security forces, including the militarily and economically powerful Revolutionary Guards—an organization that has been known to cancel contracts or expropriate foreign investments in the name of national security.

Second, as some economic analysts suggest, investing in a country with Iran’s political and economic system is not as simple as doing so in a Western country. The Iranian economy is riddled with conflicting interests, they say, and those in power are typically interested in obtaining foreign cash without giving up power. Iran’s economy is still largely state-owned, with much of its “private” capital in the hands of regime-affiliated organizations. The Guards have reportedly placed top commanders in high-ranking positions in over two hundred companies that are set to benefit from increased trade with the West. To do business in Iran, foreign companies need an Iranian partner, which for large-scale projects often means firms controlled by the Revolutionary Guards. Many of these front firms are not known or have unknown ownership, and the Guards plan to use them to work with foreign companies when sanctions are lifted.

Third, the prospect of new sanctions could also scare off foreign investors who believe that there are limited ways to cooperate and invest in Iran as long as parties that violate sanctions face severe penalties. Even if the United States were to waive nuclear-related sanctions, which is unthinkable under President Trump, non-American companies that seek to do business in Iran run the risk of incurring significant penalties if they inadvertently violate other U.S. sanctions (such as sanctions for ballistic-missile tests, sponsorship of terrorism or human-rights violations) that remain in effect. Companies that deal with Iranian designated entities could be cut off from U.S. banks, or would be barred from doing business in the United States—a significant risk to the international firms whose investment Tehran desperately hopes to attract.

Moreover, Iran has started working on replacing the traditional “buyback contract” scheme, which offered international companies investment opportunities in the energy sector over short periods in return for a fixed amount of production, with the new “integrated petroleum contract” model, which would entitle the foreign investor to a percentage share of oil production. Economic analysts doubt whether this approach would attract foreign investors, because if the price of oil falls, investors’ losses will be huge. In such a situation, foreign investors may decide that the risks of pursuing business opportunities in Iran outweigh the benefits.

Last but not least is Iran’s foreign-investment law. Attracting foreign investment, like all other economic activities, entails regulations to facilitate entry and retention. For example, Qatar offers loans of up to 50 percent without interest for foreign investors, while Turkey offers tax cuts for foreign investors. In Iran, however, there is no exemption for foreign investors in excess of what is already given to domestic business. Even Iran’s constitution stipulates that foreigners cannot receive more concessions than locals.

Though the country has passed several laws to protect international investment, they are focused on encouraging investment, rather than protecting investors. The law allows the Iranian government to cancel contracts, confiscate investments, or even stop international investors from repatriating capital investments and accumulated profits. Worse, Iranian law typically recognizes national courts as the final arbiter in disputes between the Iranian government and a foreign investor. Even if investors go to an international court, there are few, if any, procedures available to enforce the decision in Iran.

Would-be investors may not like the tough terms, or being treated with suspicion. An extreme example of excessive scrutiny is the case of McDonald’s advertising franchises in Iran, which led regime hard-liners to charge the company with spying for the U.S. government.

Due to its rich natural resources and growing consumer market, Iran is a very tempting country for foreign investors. However, as institutional theory points out, “companies make their strategic choices based on the interaction between institutions and the organization itself, and attempt to obtain institutional legitimacy in terms of the host country’s rules and regulations.” To minimize obstacles on the road to foreign investment in Iran, a joint effort is needed to remove causes for mutual fear and suspicion.

Dr. Farhad Rezaei is a research fellow at Center for Iranian Studies (IRAM) in Ankara, Turkey where his research focuses on Iran’s foreign policy. He is the author of Iran’s Nuclear Program: A Study in Nuclear Proliferation and Rollback. He tweets at @Farhadrezaeii. Somayeh Khodaei is an Iranian economic analyst. She received her Master’s degree in intrinsic accounting in 2014 from National University of Malaysia. She tweets at @katemoshir.