Iran Needs to Get Realistic About Enrichment 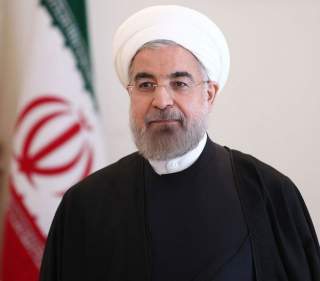 Negotiations between the P5+1 countries, the European Union, and Iran will resume in Vienna on May 14 aimed at achieving a comprehensive agreement on the Iran nuclear issue. With a little more than two months remaining before the six-month interim agreement expires, the negotiators have their work cut out for them.

By all accounts, the talks on the comprehensive deal that began in February have been serious and highly substantive. Both sides have given every indication that they are determined to reach agreement by the July 20 expiration.

So far, negotiations have taken the form of detailed exchanges of views in conceptual terms. At the upcoming round, the parties will start putting proposed texts of an agreement on the table and the process of reconciling positions will begin.

Discussions to date have produced some narrowing of differences, most notably on the disposition of Iran’s Arak reactor, which the Iranians say is intended for the production of medical isotopes but is optimized for the production of plutonium. Reacting to P5+1 concerns about the intended use of the Arak reactor, Ali-Akbar Salehi, head of the Atomic Energy Organization of Iran, recently said the reactor’s design could be modified to significantly reduce the amount of plutonium produced. The modification would presumably involve the use of enriched uranium fuel rather than natural uranium fuel and a reduction of the reactor’s power level. While differences apparently remain on the necessary design changes, positions have begun to converge.

But on several other critical issues, the EU/P5+1 and Iran remain far apart. Nowhere is the gap greater than on the size and composition of the uranium enrichment program that Iran would be allowed to possess under the comprehensive agreement. To lengthen the time it would take Iran to break out of an agreement and produce enough weapons-grade uranium for a single nuclear weapon, the EU/P5+1 would like to see a major reduction in the number of Iranian centrifuges and the amount of enriched uranium stockpiled in Iran. Tehran says it wants to expand its current enrichment capacity substantially.

In a recent press interview, Salehi said that, in addition to the roughly 19,000 centrifuges currently installed, Iran will need to build an additional 30,000 in order to produce fuel for the Bushehr power reactor, which Iran bought from Russia and for which the Russians are currently supplying the enriched fuel. Moreover, Salehi asserted that Iran would need to produce fuel for “other Bushehrs in the works,” and suggested that fueling such power reactors would require the Natanz enrichment facility to operate with 50,000 centrifuges that are fifteen times more efficient than Iran’s first-generation centrifuges that are now operating.

An enrichment capacity that large—indeed, an enrichment capacity greater than a few thousand first-generation centrifuges—would give Iran an unacceptably rapid breakout capability. If Tehran’s position at the negotiating table is a reflection of Salehi’s public remarks, it is a show-stopper, and Iran must know that.

Iran doesn’t need a large enrichment capacity in the near or medium term to pursue a technically sound, sensibly paced, and successful civil nuclear-energy program. It can achieve its civil nuclear goals with a much more limited capability consistent with the requirements of a deal acceptable to the EU/P5+1.

Under the kind of agreement that may be negotiable, Iran could have sufficient enrichment capability to fuel the few research reactors it plans to build to produce medical isotopes, test fuel assemblies, and conduct nuclear research. To meet its electricity-generation needs, it could continue to buy nuclear power reactors and enriched uranium to fuel those reactors from Russia and possibly other foreign vendors. And it could benefit from collaboration with the P5+1 and other advanced nuclear energy countries in the design, construction, and fueling of modern research and power reactors.

If Iran is serious about having an advanced civil nuclear program in the long run, it makes little sense either to operate large numbers of obsolete first-generation centrifuges or to compete with much more experienced and lower-cost foreign enrichment operations in an effort to provide fuel for its power reactors (which require many times more fuel and enrichment capacity than research reactors). A wiser strategy is to use a relatively small number of its current centrifuges to meet near-term research-reactor requirements, rely on more cost-effective foreign suppliers to address the much greater enriched-uranium needs of its power reactors (as countries like Japan do), and make progress toward a more advanced civil nuclear program in the future through domestic research and development and collaboration with Russia and the West.

Such a strategy would enable Iran to reach a comprehensive agreement that would fulfill its leaders’ main declared goals—lifting the nuclear-related sanctions that are devastating its economy and ensuring its ability to pursue a civil nuclear-energy program, including by maintaining an enrichment capability.

If Iran elects not to adopt this approach to pursuing civil nuclear energy—and instead insists on an overly ambitious, inefficient, and expensive approach not justified by realistic civil nuclear requirements but consistent with a desire to have a rapid breakout capability—it will not only ensure a stalemate in the negotiations but raise serious questions in the international community about its motivations.

It is not clear at this stage whether Tehran’s current demand for an oversized enrichment capacity is a bargaining tactic or an indication of what it will insist on. But if Iran wants an agreement, it will need to adopt a more realistic—and indeed, from Iran’s own perspective, a more promising—approach to its civil nuclear plans.

Given the significant number of complicated issues to be resolved—not least the phasing of sanctions-easing steps—it will take a herculean effort by the negotiators to finish by July 20. Still, if Iran comes to the conclusion very soon that its near- and medium-term uranium enrichment needs are modest, an agreement by then may be possible.

If Iran does not go along with the kind of limited enrichment capacity the P5+1 have in mind, there will be no comprehensive agreement by July 20, and the most likely result will be a decision to proceed with an extension or a revised interim deal, perhaps for another six months.

Another interim arrangement would not be in Iran’s interest. Contrary to what some foreign and domestic critics of the Obama Administration predicted, the interim deal reached last November did not result in the unraveling of the sanctions regime against Iran. Companies and governments around the world have been eager to speak to Iranians about doing business, but they have been exceedingly cautious about cutting new deals until a comprehensive agreement is reached and sanctions are removed. As a result, the Iranians have learned that the path to economic recovery—and to meeting the expectations of the Iranian public that have been elevated by the interim deal—requires a comprehensive agreement.

The United States would clearly prefer to reach a comprehensive deal before July 20. The sooner the interim agreement’s freeze on Iran’s nuclear program is replaced by a long-term agreement that substantially scales back that program and lengthens Iran’s potential breakout time, the better. But Washington is in a much stronger position than Tehran to continue the negotiations for another six months, if necessary.

Iran can achieve its declared goals in the negotiations—the lifting of sanctions and the preservation of a civil nuclear-energy program. It may even be able to reach an agreement that supports those goals before the interim deal expires. But first, it must adopt a more realistic position on the enrichment issue.

Robert Einhorn is a senior fellow at the Brookings Institution. As the State Department’s Special Advisor for Nonproliferation and Arms Control from 2009 to 2013, he was a senior member of the Obama Administration’s Iran negotiating team.