An Iran Nuclear Deal Is There for the Taking 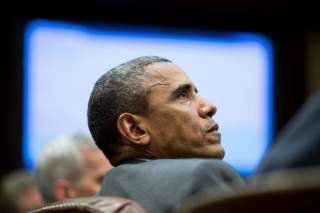 Iranian and American nuclear negotiators moved closer to a comprehensive agreement in their recent round of talks. To meet the November 24 deadline, the P5+1 and Iran must hammer out solutions where serious differences remain. Both sides are warning that if the other side does not make more concessions soon, the negotiations will fail. This is to be expected in the final phase of tough diplomacy. The time is rapidly approaching when the leaders in Tehran and Washington must decide on the deal.

Ensuring that Iran will not acquire a nuclear weapon has far-reaching significance for nonproliferation policy and the security of the Middle East. The issues being addressed are complex, technical and scientific and have not been addressed before. The diplomats also have had to overcome thirty-five years of U.S.-Iranian separation and mutual hostility. The long shadow over the talks—cast by the powerful domestic opposition in each nation that is party to the talks—is made even darker by the strenuous opposition of Israel to any deal.

Meanwhile, the mounting turmoil and violence in the Middle East adds urgency to the nuclear negotiations. Iran and the United States are considering whether and how they might cooperate in resolving the common challenges each faces in the region. With ISIS, the United States and Iran must think about whether to take parallel, or even joint, action. Each government has refrained from talking about regional issues until a nuclear agreement can be reached. A nuclear agreement would help build trust and cooperation on the pressing issues in Iran’s neighborhood.

A recent report by The Iran Project, “Iran and Its Neighbors: Regional Implications for U.S. Policy of a Nuclear Agreement,” examines Iran’s relations with its neighbors. It concludes that “there is a strong link between settling the nuclear standoff and America’s ability to play an effective role in the rapidly changing Middle East.” The report does not argue that to make regional talks possible with Iran, the United States should accept a less-than-satisfactory nuclear agreement. It does hold that an acceptable nuclear deal will help unlock U.S. options in dealing with ISIS, Iraq, Syria and Afghanistan, where the United States and Iran need to support the new government in Kabul.

We believe that such an agreement is in sight. Iran has fully complied with the interim agreement of last November. It has stopped enriching uranium to 20 percent and stayed at 5 percent, reduced or converted large stockpiles of enriched uranium, not installed or operated additional centrifuges, refrained from further advances in the Arak nuclear facilities and allowed unprecedented daily access to International Atomic Energy Agency (IAEA) inspectors.

The negotiators are now close to agreeing on the underground Fordow facility. The size and scope of Iran’s uranium-enrichment program presents a domestic political challenge to each side. The Iranian opposition wants more centrifuges and the American opposition wants virtually none. The two sides are working on a plan that would relate the size of the enrichment program to Iran’s practical energy needs. Should the implementation period be ten years or more and neither side violates the agreement, then confidence could be built that Iran does plan to size its enrichment program to its energy needs. The P5+1 and Iran negotiators have proposed creative ways to do this.

Another issue is whether Iran engaged in illicit nuclear-weapons work prior to 2003. Many, including the U.S. intelligence community, believe that it did. The IAEA has been given responsibility for investigating that question. The international community has had experience with this kind of problem before, and there is reason to believe that a satisfactory arrangement can be worked out where Iran privately discloses its previous nuclear work.

The Iranians are not yet convinced that the Europeans and particularly the United States will agree to or be able to lift sanctions—the core obligation upon which Iran’s participation in an agreement depends.

Finally, we can still anticipate setbacks and strenuous efforts to derail negotiations by the domestic and international opposition to these negotiations. Both Iranian and American officials know the stakes are high. Both sides know that failure to reach a comprehensive agreement after the collaborative atmosphere that has developed would result in a renewed downward spiral in the relationship.

Americans would quickly impose more sanctions (perhaps without international support), and Iran could return to an aggressive nuclear-enrichment program with more centrifuges. Should Iran move to expand its nuclear program, Israel and perhaps the United States might attack, adding another military conflict to a region already convulsing with violence.

President Kennedy, on his decision in 1963 to sign the Limited Nuclear Test Ban Treaty, the first major agreement with the Soviet Union, said, “No one can say whether the time has come for an easing of the struggle. But history and our own conscience will judge us harsher if we do not now make every effort to test our hopes by action.”

President Obama and President Rouhani know what action they must take to test their hopes. May they have the courage and wisdom to do so.

William Luers, a former U.S. ambassador to Venezuela and Czechoslovakia, is director of the Iran Project.

Thomas Pickering was U.S. undersecretary of state for political affairs from 1997 to 2000 and ambassador to the United Nations from 1989 to 1992.

James Walsh is an expert in international security and a Research Associate at the Massachusetts Institute of Technology’s Security Studies Program.