Iran Should Be Worried About the Warsaw Summit 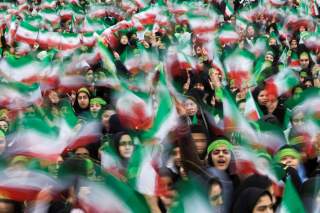 The Iranian regime should be worried about the U.S.-led conference on the Middle East in Warsaw that is being held Feb. 13 and 14. While it seemed a few days ago that European states would shame the United States at the event—no matter the liabilities—now realpolitik and Tehran’s own missteps are shifting the political winds.

The fact that Poland is hosting the conference illustrates a rift among European states at a delicate time when the European Union (EU) is trying to salvage the 2015 nuclear deal, known as the Joint Comprehensive Plan of Action (JCPOA), which the United States withdrew from in 2018. For example, some European leaders expressed opposition to the Warsaw conference long before it began, saying its sole purpose was to demonize Iran. Federica Mogherini, in charge of EU foreign policy, claimed she had other commitments and is not attending.

Yet, British foreign secretary Jeremy Hunt stated he would attend on the condition that the agenda includes a discussion of the humanitarian crisis in Yemen, which some European leaders blame on Saudi Arabia, America’s ally, for its involvement in the war there. Once the United States agreed to a Yemen discussion, Hunt accepted the conference invitation.

No matter how deep or shallow the rift is among European states, an important point is being overlooked: some European leaders are downplaying the significance of the conference and ridiculing President Donald Trump for his idea to hold it. But the meeting is significant, at a minimum because it is a rare gathering among the United States, Israel and Arab states—all of which want to curb Iran’s military and political intrusions in the Arab world. A number of Arab states’ warming ties with Israel are in part due to their common objectives on Iran. The last time all of these actors gathered to discuss peace in the Middle East was during the Madrid talks in the early 1990s.

If anything, the Warsaw conference is highlighting the growing weakness among European states in navigating the hostile relationship between the United States and Iran and, as a result, their ineffective policies in the region. Polish foreign minister Jacek Czaputowicz said it best in Warsaw on February 13, when speaking to reporters: “The European Union alone does not, in my opinion, carry sufficient political weight to try to really influence the situation in the Middle East.”

The Warsaw meeting also is a reminder of some European states’ inability to bail out Iran from the damage of U.S. sanctions, despite much European blustering and promises to prove to Trump that the sanctions he re-imposed in November are not working. Britain, France and Germany claimed big oil firms would ignore U.S. sanctions and retain either existing contracts or sign new ones with Iran. Instead, major firms canceled their contracts and others on the fence ran the other way. Then, in January, European states worked to put into place a banking loophole to help European firms get around U.S. sanctions and do business with Iran only to find that the European private sector is not all that interested. The mechanism, the Special Purpose Vehicle (SPV), operates as a bartering system whereby European firms, in theory, buy Iranian oil in exchange for giving Iran goods to be used for humanitarian purposes.

What is becoming clear is that EU member states are also divided on the degree of security threats from Iran. While some states are trying to help Iran skirt U.S. sanctions and allowing the Iranians a deeper foothold in the Middle East and jeopardizing European security at home, others are clamping down. The European Union in January froze the assets of an Iranian intelligence unit and two of its staff. The Netherlands accused Iran of two killings on its soil and joined France and Denmark in accusing Iran of alleged violent attacks in parts of Europe.

Iran’s foreign minister, Mohammad Javad Zarif, the regime’s Western-styled mouthpiece who aims to keep the Europeans on board the nuclear deal, claimed last week that the Warsaw conference was doomed before it started. He has also called it a “circus.” But other, more realistic Iranian officials, have admitted their concern about the outcome of the Warsaw gathering.

While Trump certainly deserves criticism for his foreign policy decisions, he may just have gotten Iran right. His decision to withdraw from the nuclear deal is crippling Iran’s economy and has brought needed attention to Iran’s ballistic missile program and its use of armed proxies to destabilize the region.

Even if there is no road map or lofty strategy that comes out of Warsaw to challenge Iran’s interventions in Syria, Iraq, Yemen and its increasing influence through Hezbollah’s mighty political weight in Lebanon, it is the beginning of a broader front against Iran than has existed in the past. Israel and some Arab states are committed to continuing to try to curb Iranian military interventions in the Middle East and Warsaw is providing a platform toward this objective.